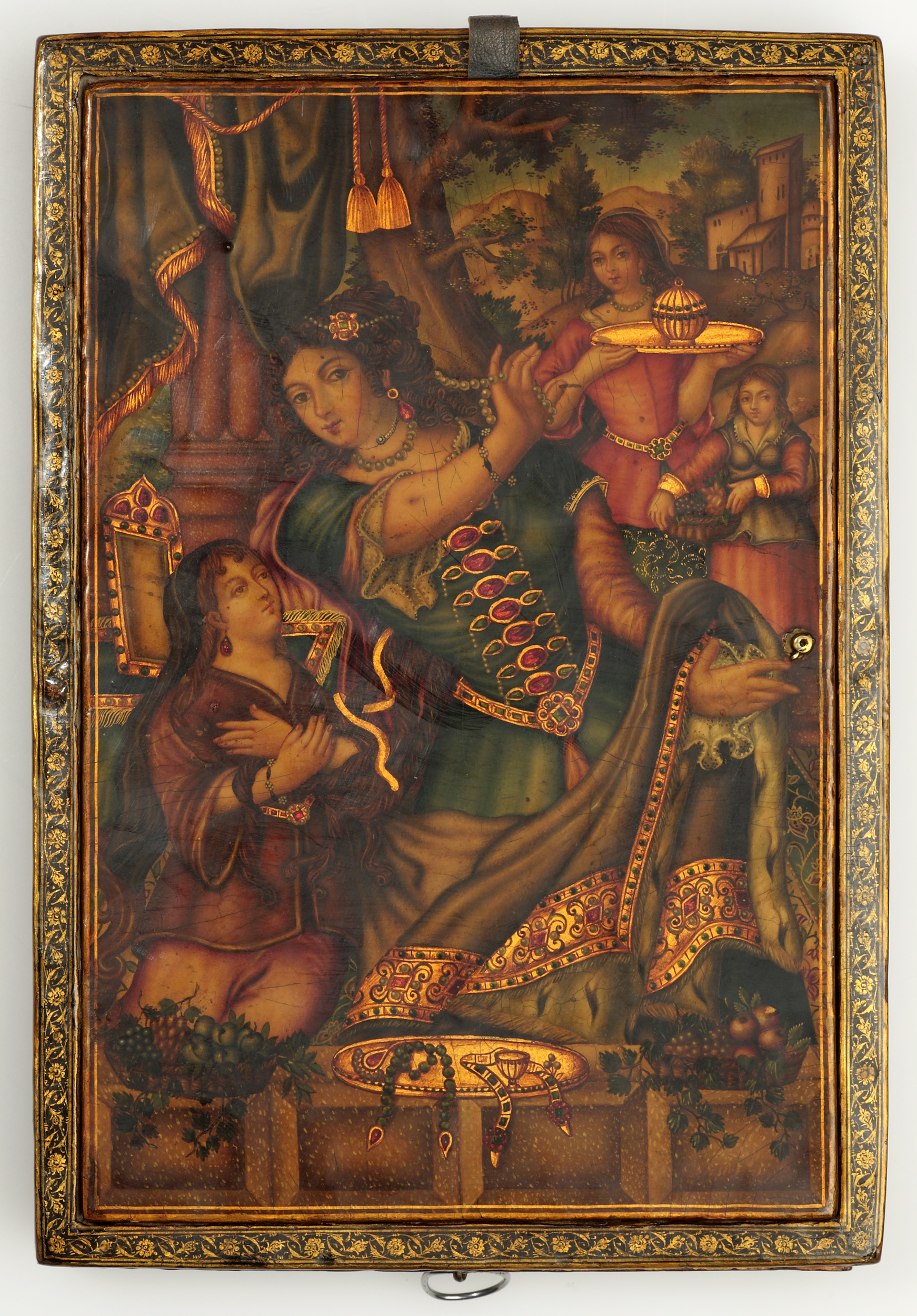 LAQ 11, front of case with shutter

The decoration is very fine work indeed. It is signed, ‘the work of the most humble Muhammad Baqir son of Muhammad ‘Ali, in Isfahan, the seat of sovereignty, over a period of 11 months. It reached completion in the month  of Jumada al-awwal  1187’.

The back of the case shows an Adoration of the Shepherds, Netherlandish in style and doubtless after a European print. The front of the shutter shows a richly dressed woman in European dress, with a coverlet lined with ermine fur over her left arm, a kneeling devotee and female attendants in the background. She appears to be tugging at a string of pearls. The presence of a devotee suggests that the original was a saint, but her vigorous gesture is much more appropriate to a heroine brandishing a sword, hence possibly a version of Judith Triumphant [see MSS 1005]. The inner face of the shutter, which carries the long signature, shows another richly dressed woman in early 18th-century dress standing against a window, evidently after a European formal portrait. The fitted surface of the drawer is decorated with gold scrollwork on a red ground.