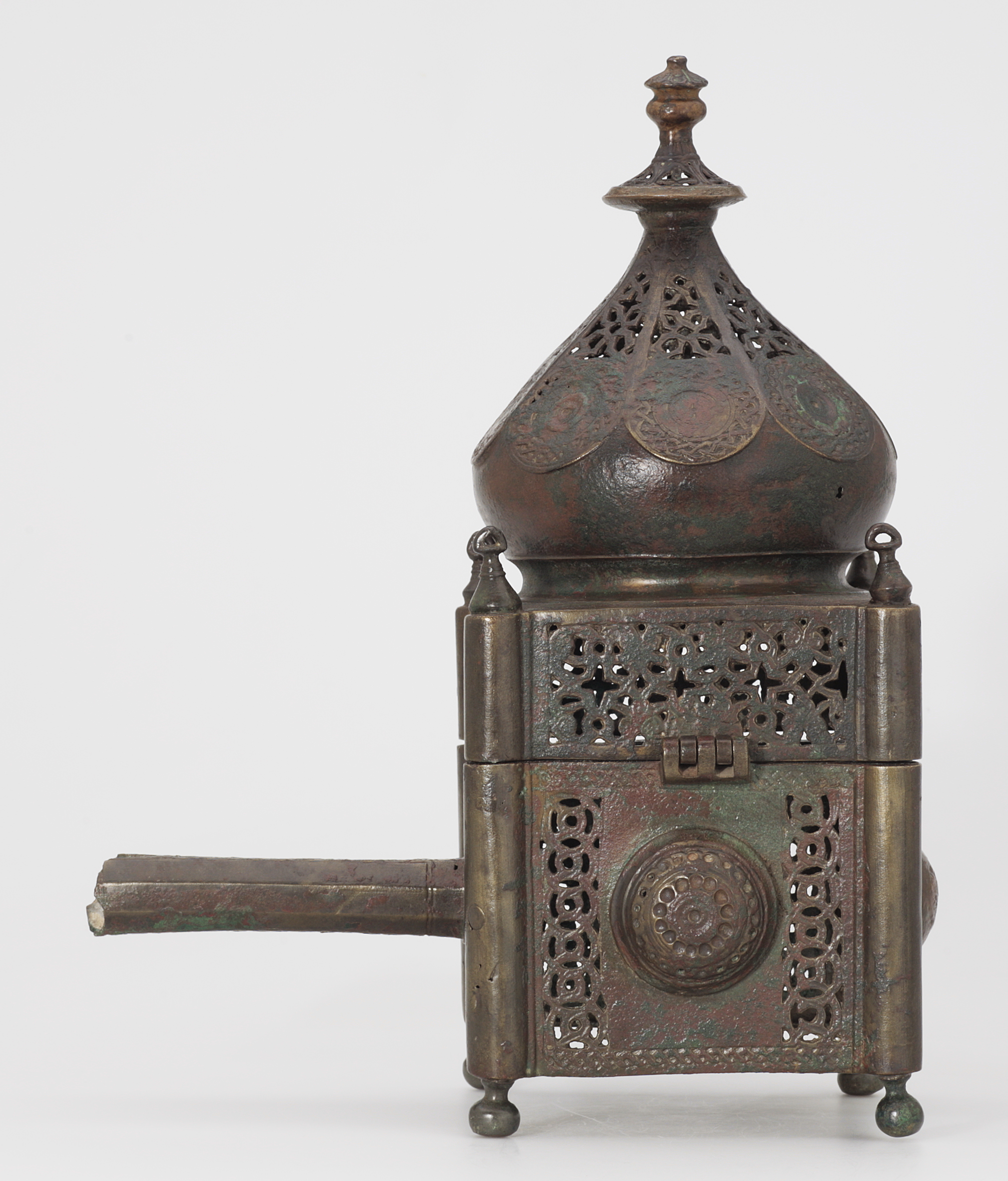 It is often remarked that incense burners of this period copy the forms of contemporary mausoleums. However it is more likely that both early Islamic mausoleums and incense burners are independently indebted to pre-Islamic domed fire temples in Iran, for there is an obvious parallel between the sacred fire of the Zoroastrians and the auspicious smoke of the incense. In this example, the rounded corner buttresses rising from the knobbed feet terminate in vase-shaped finials with stylised crescents. The sides have panels of overlapping circles with central rounded bosses decorated with small chip-cut circles, reminiscent of the high-tin bronzes of 10th- to 11th-century Khurasan and Afghanistan. The hinged lid has side panels of openwork interlace, while the eight-faceted pointed dome has more openwork, to allow the fragrant smoke to escape. The partly openwork handle is broken at the tip, and the top of the finial of the dome also seems to be missing.