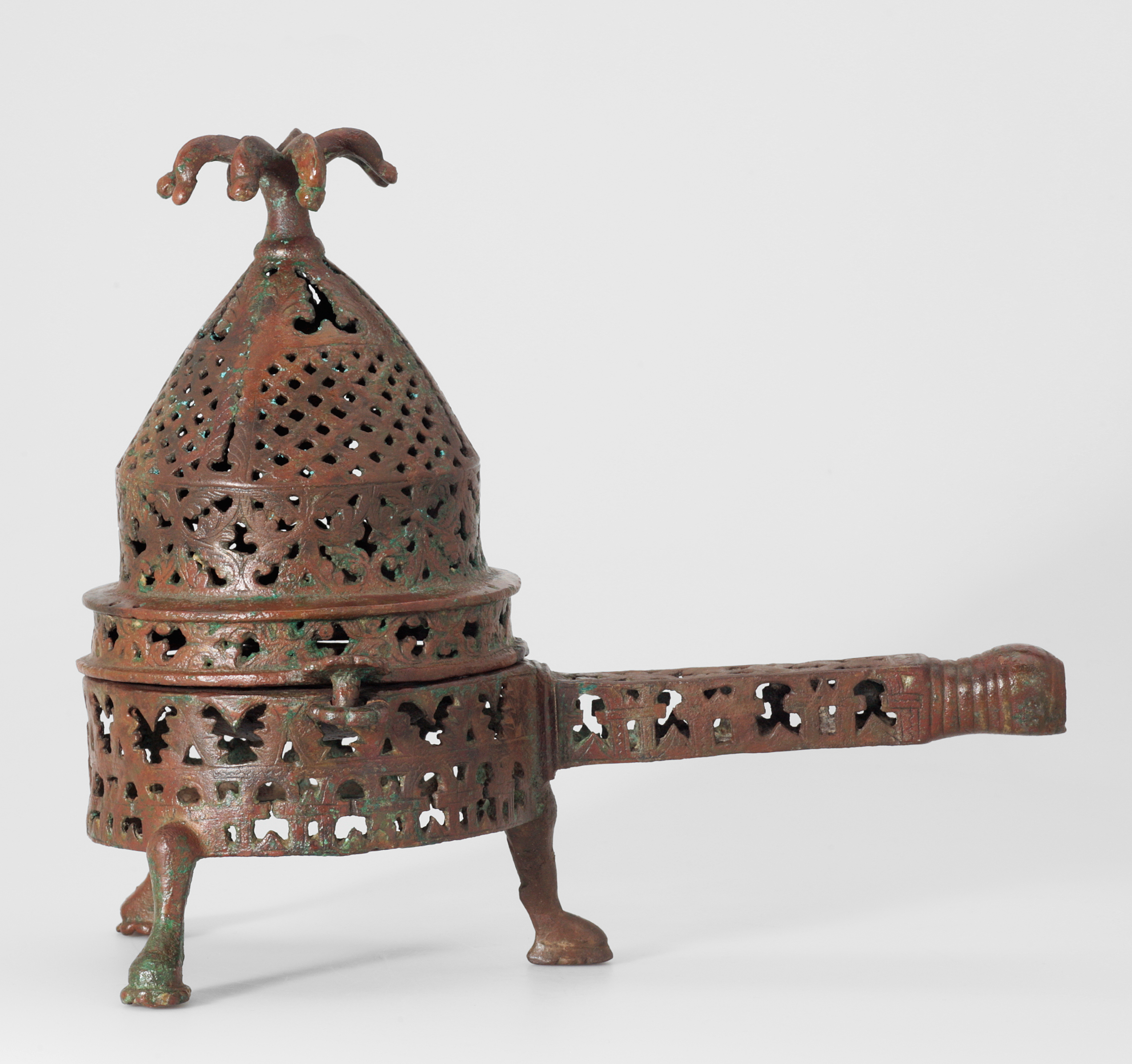 The cylindrical base stands on three feet, which terminate in hooves. The cover is in the form of a quadripartite domical vault, surmounted by a stylised eight-petalled lotus with drop-like tips. The joins of the vault segments are clearly indicated. The architectural effect is enhanced by stepped crenellations on the lower part and the handle’s arcaded decoration. While the lotus may suggest that the architectural origin was an Iranian Buddhist stupa, the engraved acanthus fronds on the ‘drum’ of the cover relate to the Late Antique decoration of 8th-century monuments in Umayyad Syria.