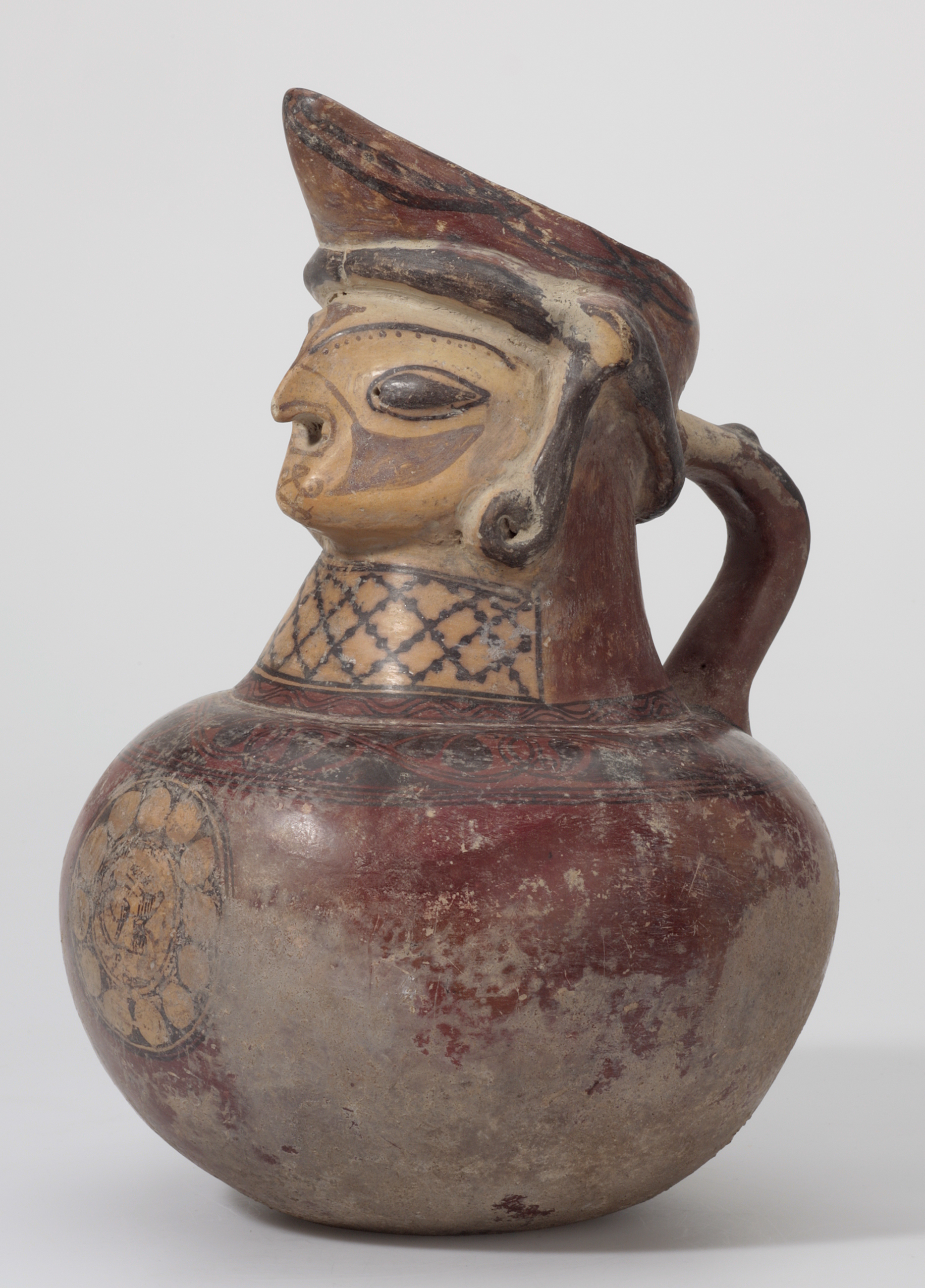 The vessel has a globular body and a neck in the form of a human head with bird-like features and a pointed cap, which forms the spout. The shoulders have a scrolling band of ivy leaves, common in eastern Hellenistic art, although the beaded medallion on the front, which derives from Sasanian silks, is an index of a later date. Unglazed pottery was prominent in medieval Islamic cultures, not least because it was used for kitchen vessels, especially water pots. Its decoration, both moulded and painted, was exceptionally rich and evidently had a long pre- Islamic past. This has been little studied, but recent finds of slip-painted wares in Uzbekistan have included vessels with such beak-like noses and pointed eyes, which must derive from the pre-Islamic, mainly Soghdian, culture of the area.