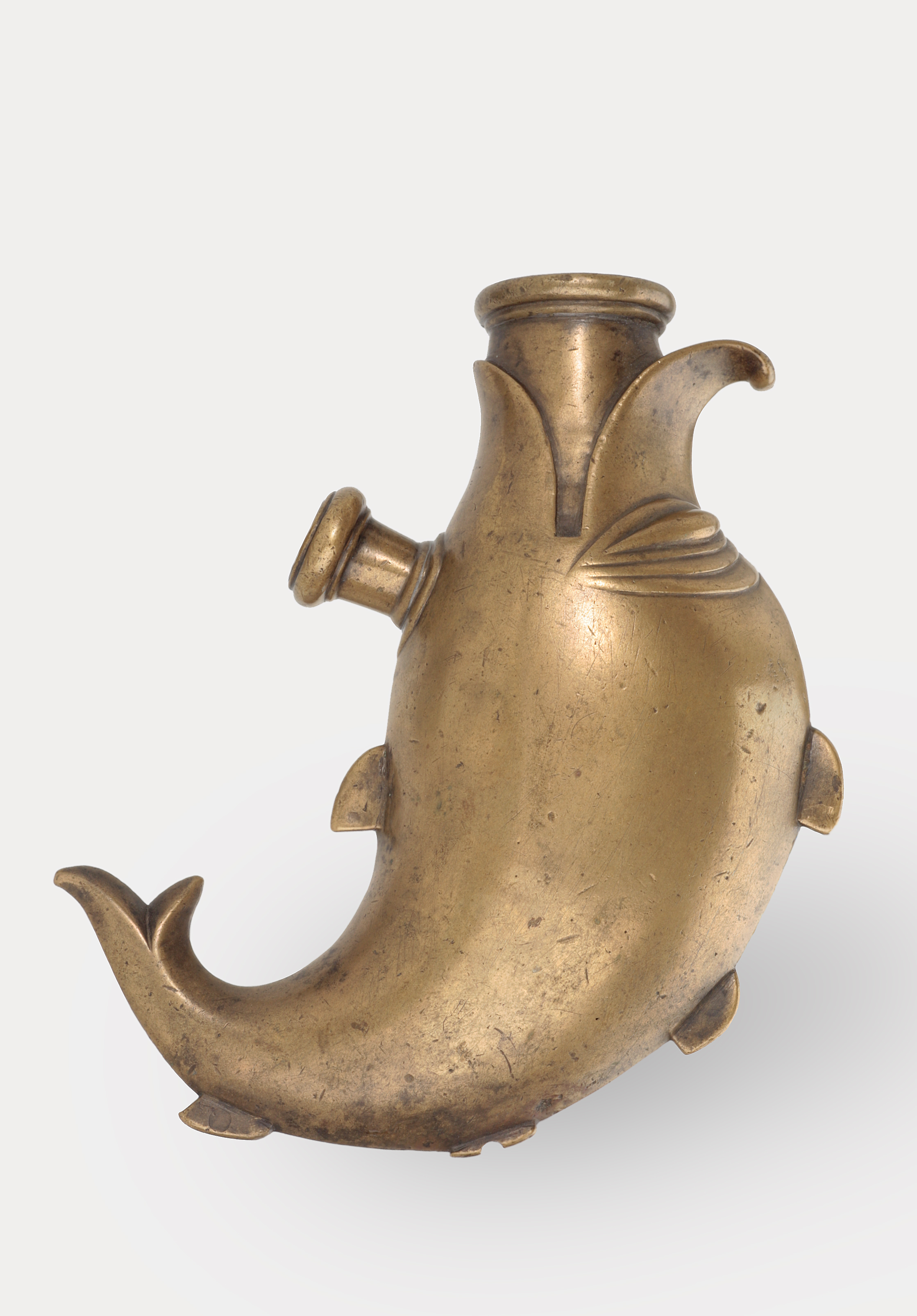 Smoking was introduced into the Mughal empire at the end of Akbar’s reign, when Asad Beg, one of his noblemen, brought tobacco and hookahs, or waterpipes, back from Bijapur in the Deccan. Asad Beg reported that tobacco was well known at Mecca and Medina and presented Akbar with a fine jewelled pipe with a mouthpiece of Yemeni carnelian. Although Akbar’s physician forbade him to smoke, the fashion for hookahs soon caught on and, as in Iran, various objects were adapted to hold the scented water through which the tobacco smoke passed. These included coconuts and various types of glass vessel, including bottles in which Dutch gin was exported, as well as spherical containers shaped like Indian waterpots [see MTW 1558]. These rested on rings or collars so that they stood upright. In addition, small hand-held hookah bases were made, some in the shape of mangoes or other fruit, or even in animal form and, as in this case, a dolphin.