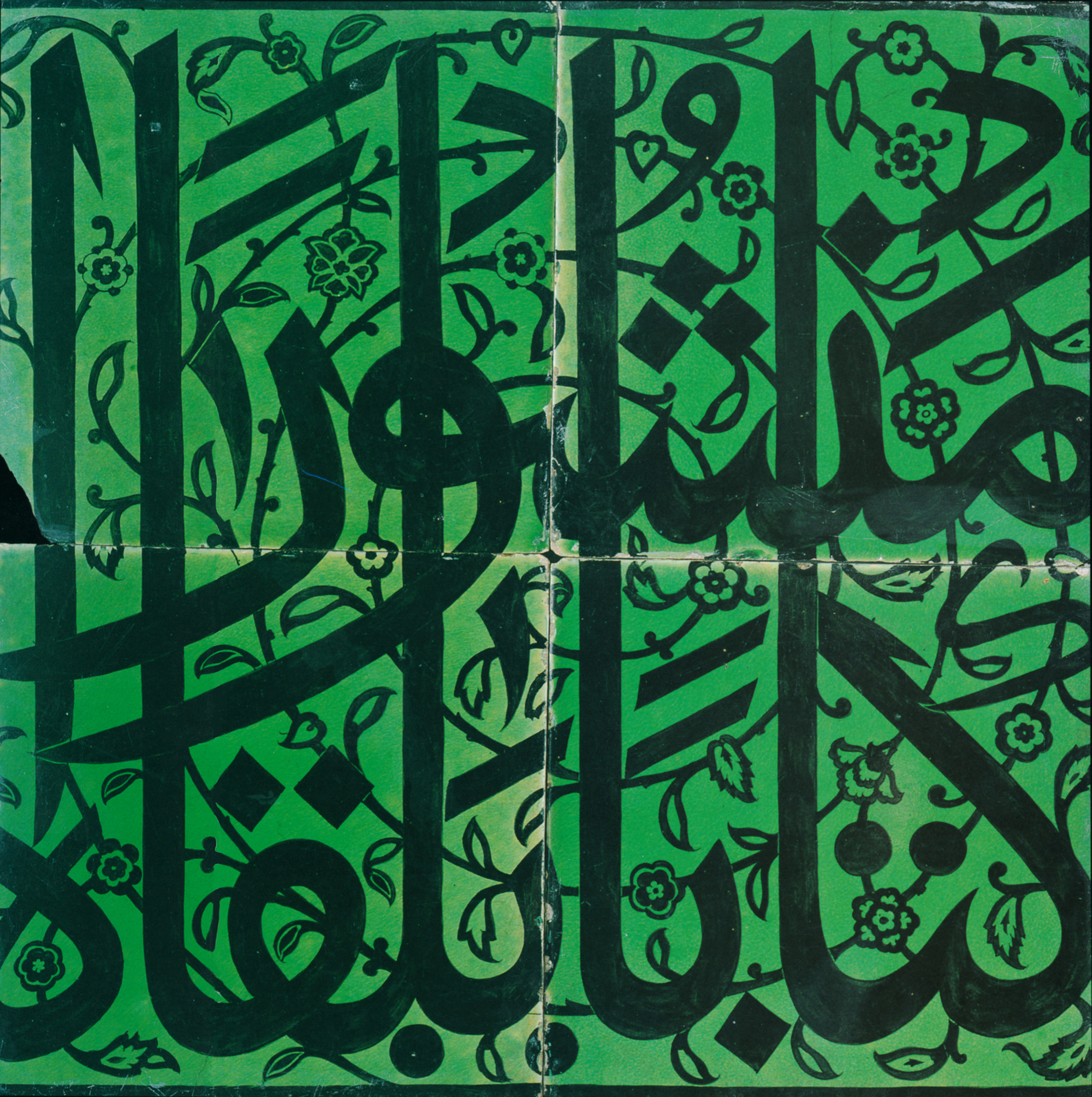 Four Tiles from a Frieze

Four Tiles from a Frieze

stonepaste body, stencilled in black under a bottle-green glaze

The tiles bear an inscription from the surah Banu Isra’il (XVII, part of verse 13). The extraordinarily firm, rounded script is stencilled and the text, though a single line, is arranged in a z-formation, so that it appears as a two-line inscription linked by the giant ascenders of the lower words. It is written on a ground of fine spiral floret-scrolls, with the overlaps of scroll and lettering delicately indicated.

The stencils for these tiles are the same as those used for the porches of the Dome of the Rock in Jerusalem, which was restored in the 1540s under Süleyman the Magnificent. Where they were reused is not known, though they may conceivably have been adapted for tile panels in the Great Mosque at Aleppo shortly afterwards. Bottle green, despite its religious appropriateness, is exceptionally rare as a colour for Ottoman tiles.