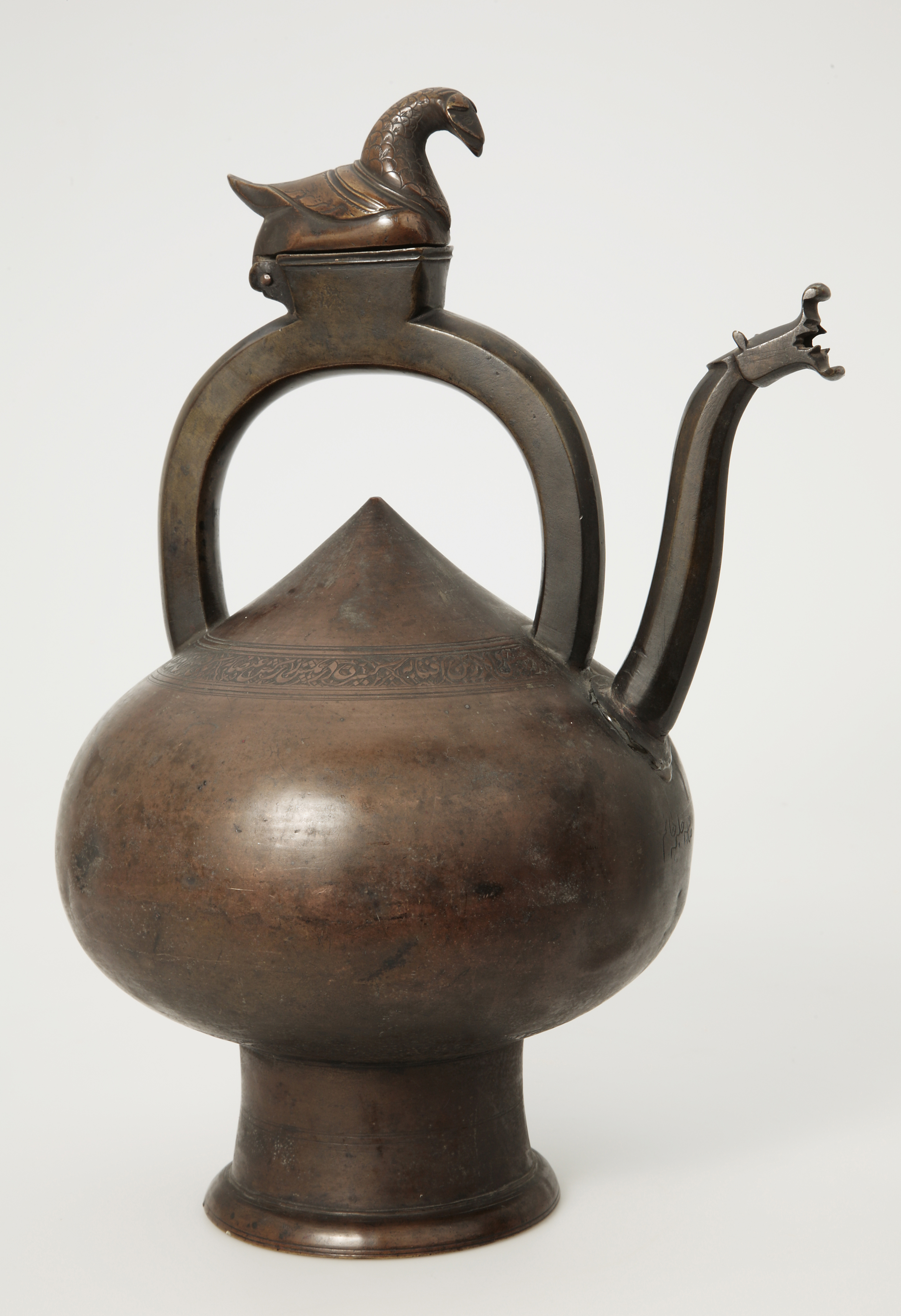 This striking piece derives from Chinese blue-and-white wine pots. But unlike the serpent-dragon spouts of the Chinese porcelain originals, this spout has a dragon’s head of Timurid type, while the hollow handle has a hinged cover in the form of a swimming duck. Sinologists have suggested that the shape may be an adaptation of a Tibetan ritual vessel.

At the shoulders and just above the base are two lines of nasta‘liq inscription, giving the name of the original owner, Hajji Muhammad Quli, and two couplets by the famous 15th-century Persian poet ‘Abd al-Rahman Jami,
‘A golden ewer was given in her hand.
A slave-girl behind her with gold-threaded head band
[Bearing] a tray in her hand of pure, virgin silver,
Like a shadow, [following] her step by step.’