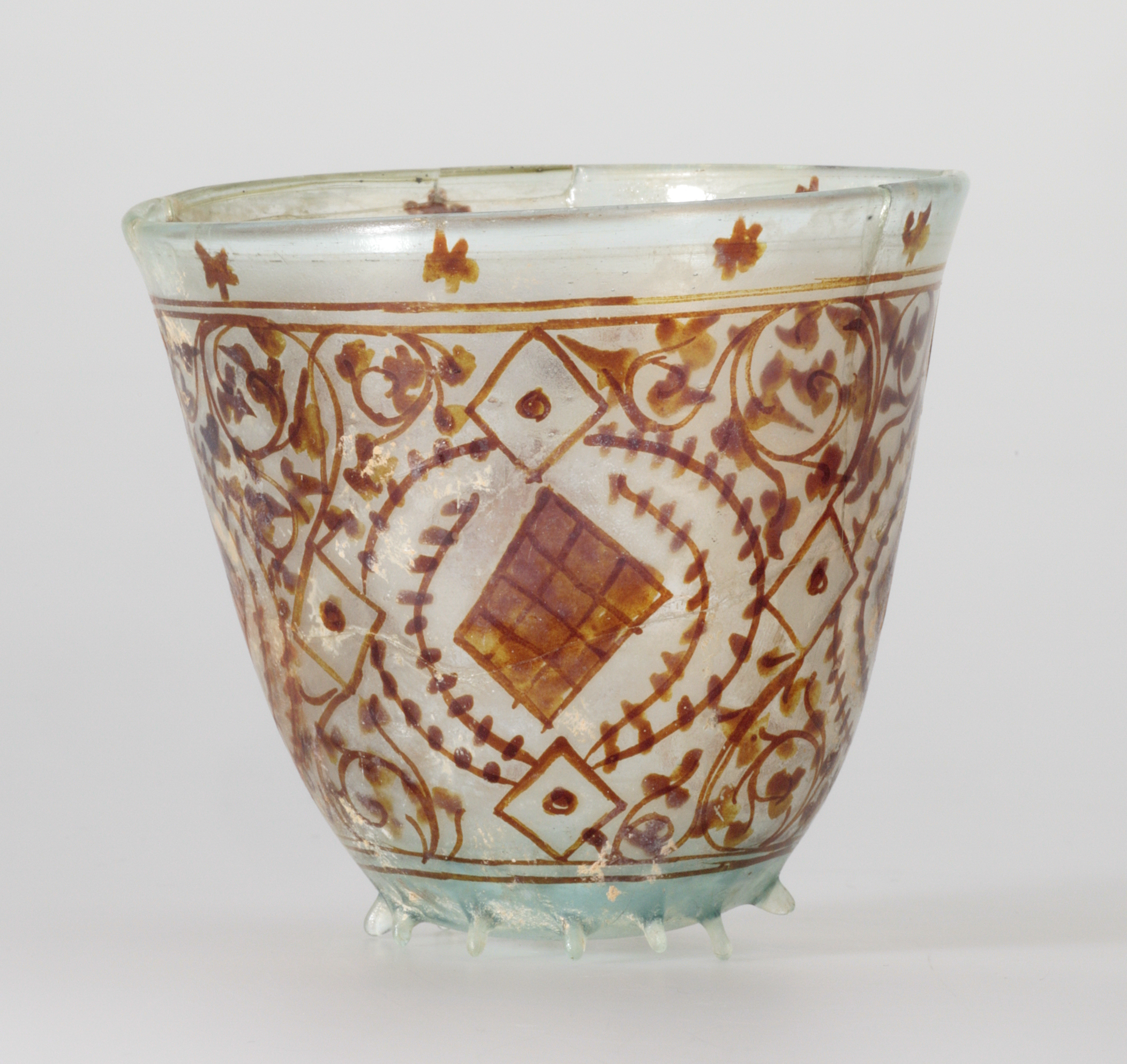 Lustre-painted glass, whether polychrome or monochrome, is markedly different in appearance from lustre on pottery, though 11th-century Fatimid makers’ signatures indicate that they painted in lustre on both pottery and glass.

The technique of lustre-painting on glass appears to have originated in Egypt as early as the 4th century, but the earliest extant specimen (in the Museum of Islamic Art in Cairo) with an inscription stating that it was made ‘in Egypt’ (bi-Misr), is dated 163 AH (779–80 AD). Lustre-painted glass is now also thought to have been made in Syria at an early date.