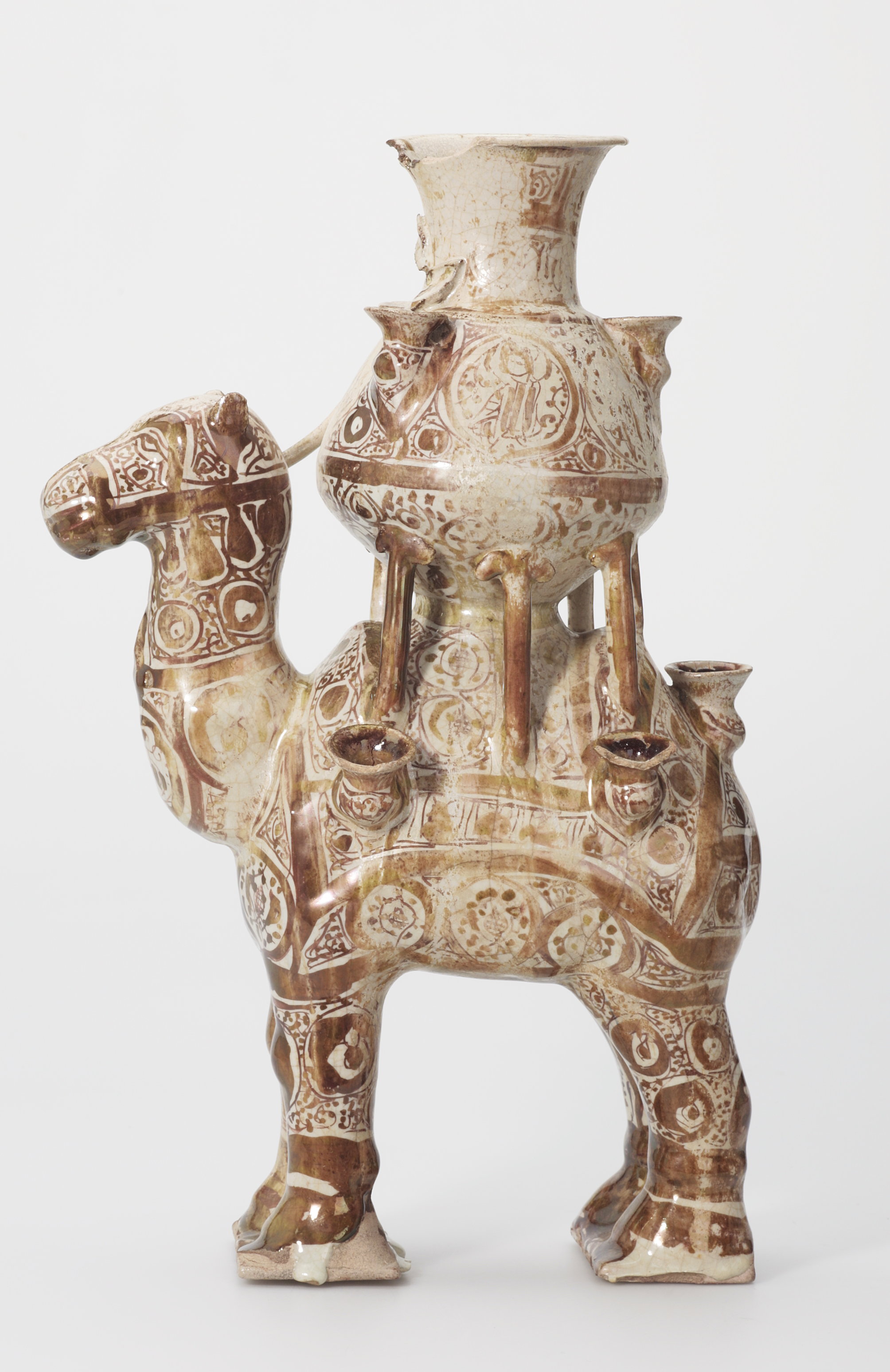 Figurine of a Dromedary

Figurine of a Dromedary

stonepaste ware, decorated in lustre over an opaque white glaze

The dromedary, which is a vase, bears on its hump a smaller vase, with openings at the shoulders for additional sprays of blossom. The lustre decoration includes the trappings and a saddlecloth, as well as a medallion with a harpy.

Lustrewares produced in the town of Kashan from the late 12th century onwards may well have been introduced by itinerant craftsmen from Fatimid Egypt or Ayyubid Syria. It is now generally agreed that they represent the work of different kilns within the town, produced over a continuous period of more than a century. Throughout this time, the town appears to have successfully maintained its monopoly and exported little if anything westwards to Anatolia, Syria or Egypt: finds outside the borders of present-day Iran (for example, in Central Asia or Afghanistan) have also been very few.