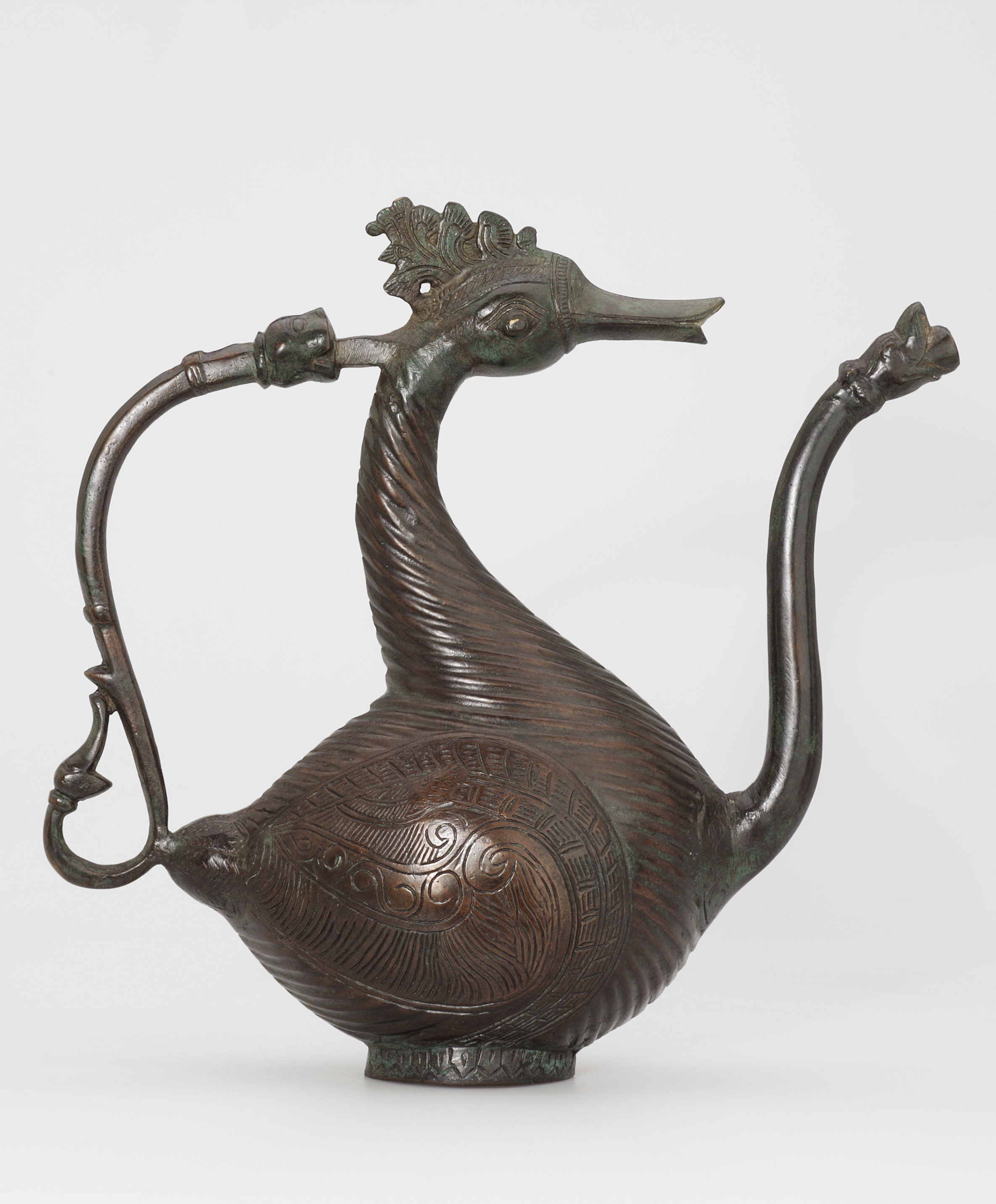 Ewer in the Shape of a Goose or Swan

Mughal India or the Deccan

Ewer in the Shape of a Goose or Swan

Mughal India or the Deccan

Despite the Islamicisation of the greater part of northern India and the Deccan between 1192 and the early 16th century, and later in the wake of the Mughal conquest of 1526, the vast majority of the population remained Hindu. This must account for the persistence of zoomorphic vessels; not only are the figural elements in Hindu sculpture extremely rich but certain animals and birds played the role of vehicles for the gods and were evidently adapted by craftsmen working for Muslim patrons.

Despite its conspicuous comb, the bird is plainly a goose, or perhaps a swan (hamsa), which is the vehicle of the Hindu god, Brahma. The dragon-head spout and handle are adapted from Timurid prototypes, but the spout is closer to a crocodile’s head. The spiral fluting is characteristic of cast vessels of this period from the Indian subcontinent.