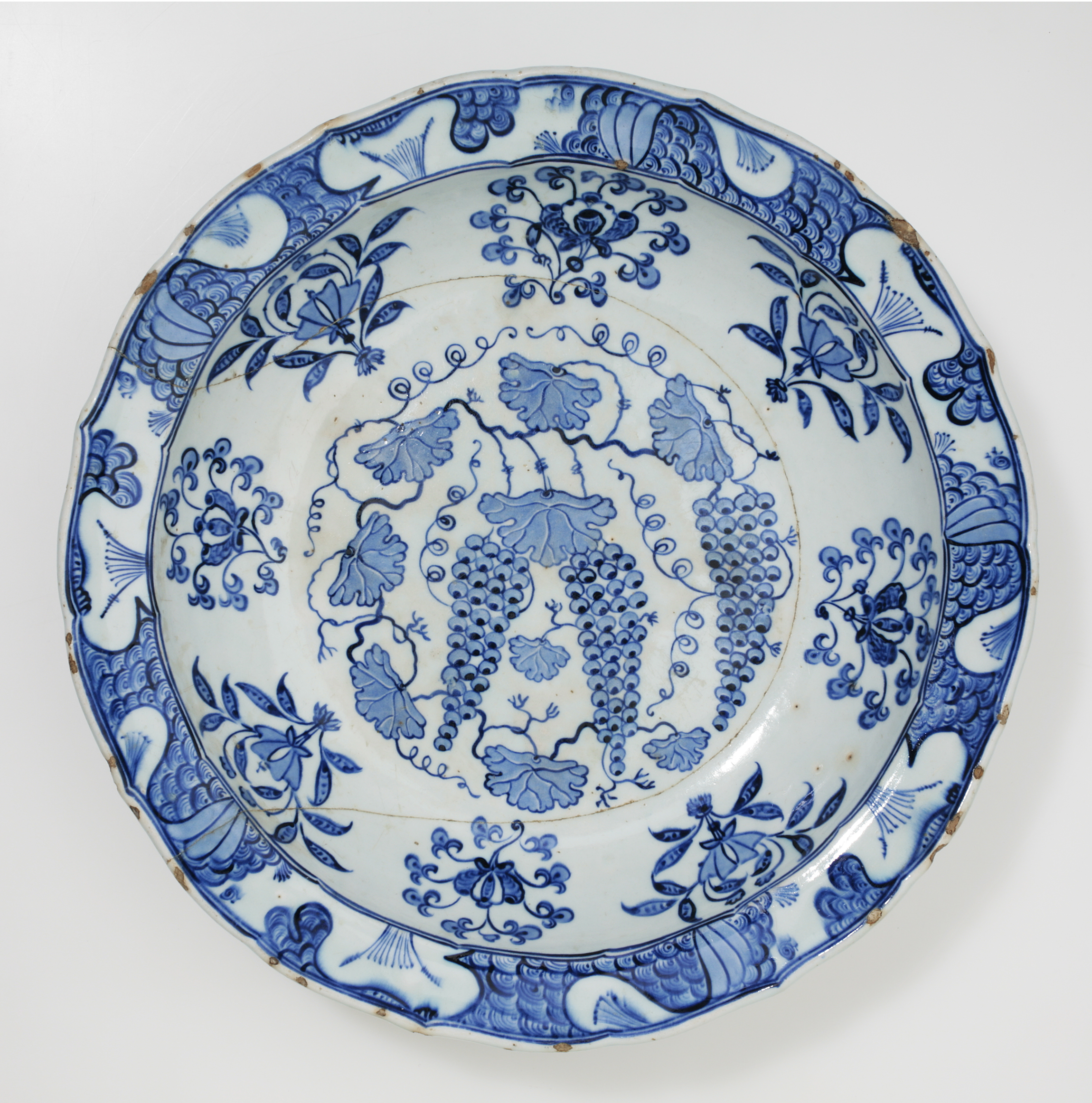 Pottery and tiles had been made in Anatolia from the late 12th or early 13th century onwards. From the 1470s, however, a new type of blue-and-white pottery, known as Iznik chinaware (chînî-i Iznîk) was made for the sultan’s table: its quality, largely the result of using a lead-soda frit for both body and glaze, was a distinct technical advance.

This blue-and-white dish has an eight-pointed, bracketed rim that slopes inwards and bears a relatively realistic ‘wave-and-rock’ scroll. The well is painted with three bunches of grapes, after an early Ming prototype. The cavetto is decorated inside with eight lotus-sprigs of two alternating types; one of these sprigs appears on the outside, alternating with a third variant.

Practically none of the known Iznik vine-cluster dishes can count as exact copies of early Ming prototypes. The distinction made in Ming pieces, between bracketed or foliated rims with sprigs in the cavetto and plain rims with a continuous floral scroll, is not generally observed amongst Iznik productions; and whereas the bracketed rims on Ming vessels are regularly 12-pointed and correspondingly have 12 sprigs in the cavetto, the Iznik versions may also have 9, 10, 11 or 15 points, the number of sprigs rarely corresponding to the number of points. The Iznik versions, moreover, are a varied group, in which there is often a marked element of pastiche. This makes their chronology difficult to establish, but the present piece, as one of the largest and most accomplished versions, may accordingly be dated early in the series.

By comparison with early Ming prototypes the central design on this dish is seen to have been reversed. This indicates that the potters worked from a pounced stencil or transfer which was doubtless sent to Iznik from the Palace.