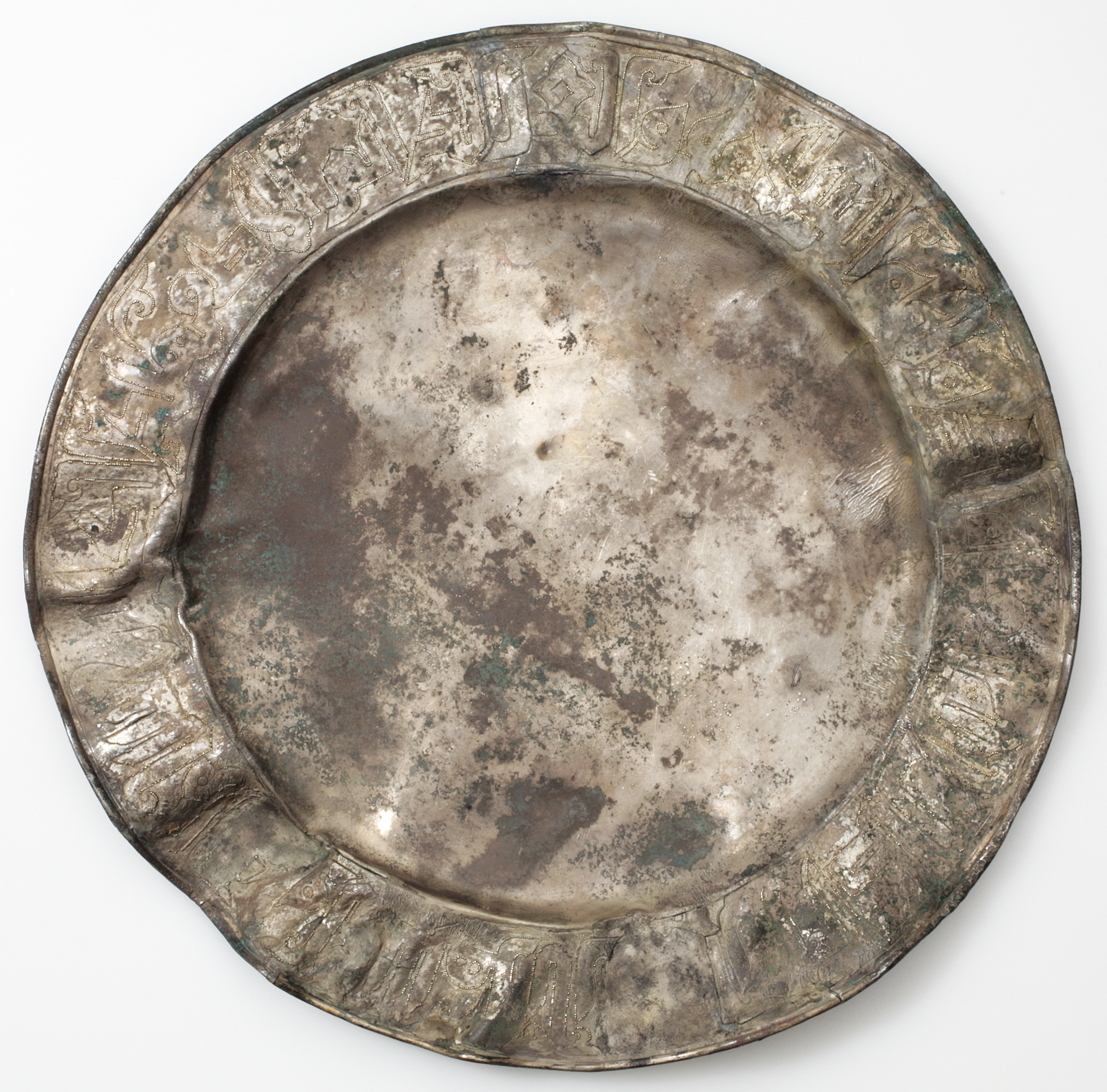 MTW 709, detail of granulation on rim

The dish is plain, but for a dedication on the rim in bold Kufic to Husam al-Dawlah Shahriyar ibn Qarin, the first Bavandid ruler of Mazandaran (r 1074–1110 AD). The Bavandids were one of the line of dynasties which ruled the inaccessible and heavily forested provinces of the south coast of the Caspian from the early years of Islam to the coming of the Seljuks in the mid 11th century.