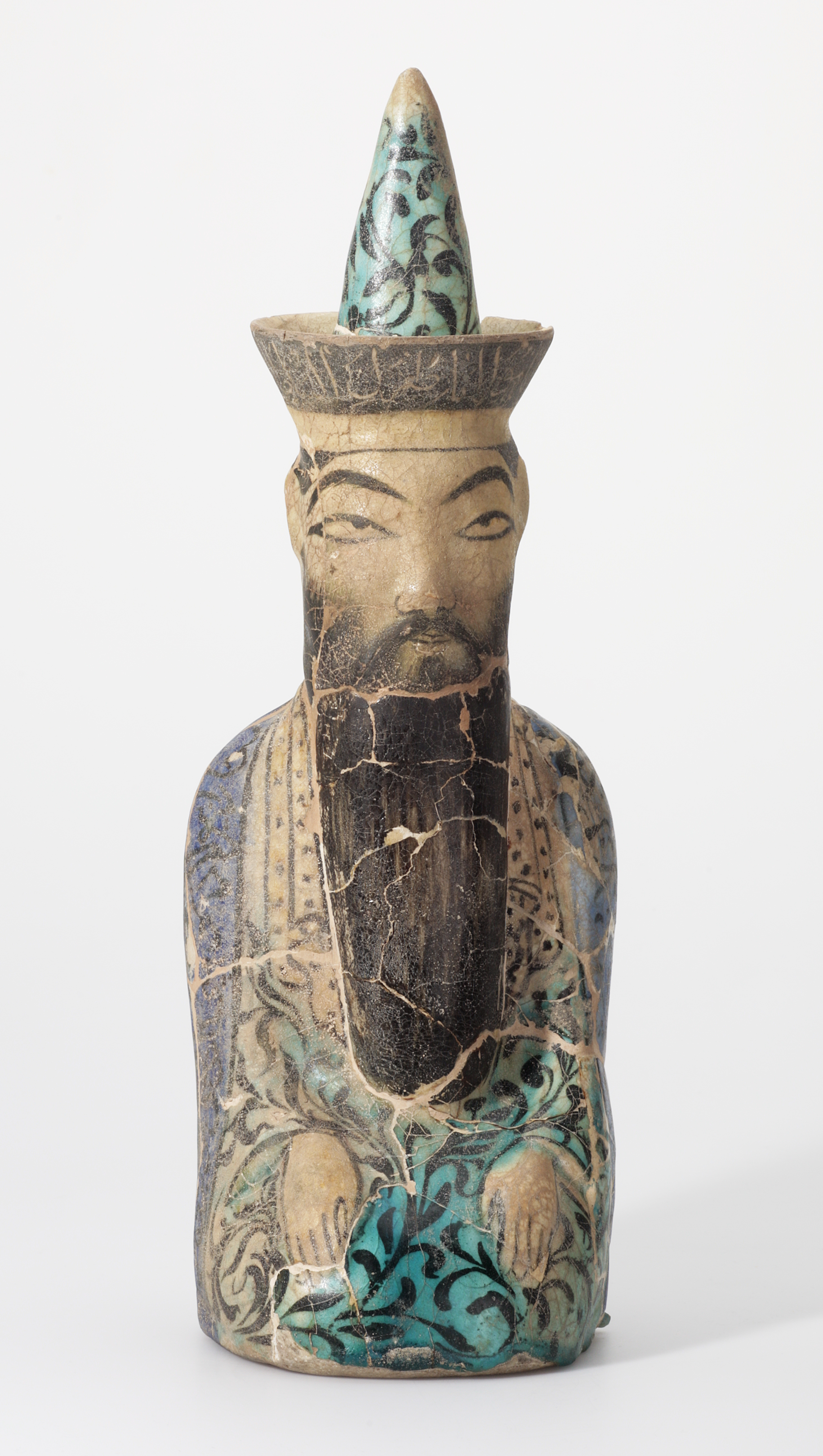 Chess Piece in the Form of a Seated Man

Chess Piece in the Form of a Seated Man

The legendary Sasanian vizier Buzurgmihr is credited with introducing chess to the Iranian world in the 6th century. Figural chessmen are known from 8th-century Nishapur, but in other parts of Islam this tradition did not persist. Gaming pieces were not always small: the Mughal emperor Akbar marked out a board for pachisi (a form of Ludo) in his palace of Fatehpur Sikri near Agra, on which the pieces were played by his courtiers.

This figure is identified on the brim of his hat as Sultan Tughril, and dated 538 AH (1143–44 AD). The piece is evidently a king, but the choice of the name and the date are puzzling, for the latter refers neither to the reign of any sultan called Tughril nor to the date when the piece was made. However, the 12th-century historian Ravandi’s account of the reign of the Great Seljuk Sultan Tughril II (r 1132–1134) cites a prescription for victory on the battlefield: ‘Like a chess-player one has to observe the enemy’s moves as well as one’s own’, and the date of the piece falls within the reign of Tughril’s brother, Mas‘ud, who ousted him after a bloody struggle. Ravandi’s aphoristic style was much appreciated by later historians, which may explain why in the late 13th century Tughril’s name became attached to the king of a chess set.