The decoration of this casket is characteristic of Rückert’s later style. Compared with RUS 24 the enamel colours are muted, and the effect is further softened by tonal shading. The decoration reveals the continuing influence of the artist’s colonies, particularly the work of Elena Polenova at Abramtsevo. The greater abstraction of motifs evident here may also reflect the impact of the Viennese Secession and the craftsmen of Mathildenhohe, an artists’ colony supported by the Empress Alexandra Feodorovna’s brother, Ernst Ludwig, Grand Duke of Hesse and by Rhine. The fusion of these diverse elements resulted in a new neo-Russian style – in Russia called stil’ modern – which was particularly championed by the Imperial Stroganov Central Institute of Technical Drawing in Moscow. Feodor Rückert’s son Pavel (b. 1883) was a pupil of the Institute, and no doubt when he joined his father’s workshop his designs were influenced by his studies. It seems probable that his arrival led to the abandonment of the earlier ‘Usol’sk’-style enamels in favour of the new style.

The composition on the lid is after Warrior at the Crossroads by Viktor Vasnetsov. The painting, which had been exhibited in Paris in 1900, rapidly became an icon of the bylina (a Russian traditional heroic poem) that it depicted. Its popularity was no doubt the reason why Rückert used the image on several other objects. Although the romantic Old Russian character of the painting is at odds with the decorative abstractions of the stil’ modern, Rückert attained a level of harmony by using the same range of colours in both areas. 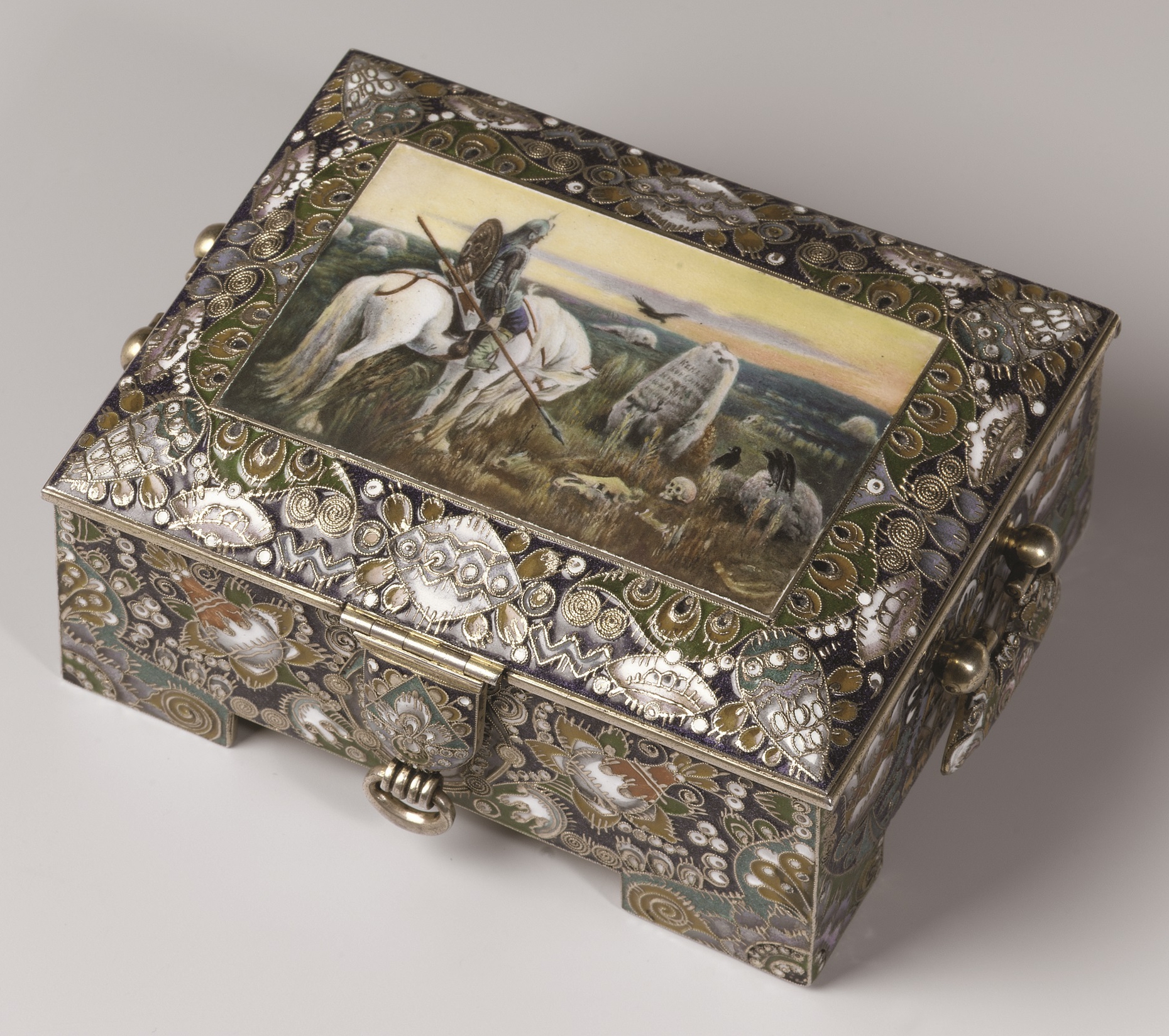