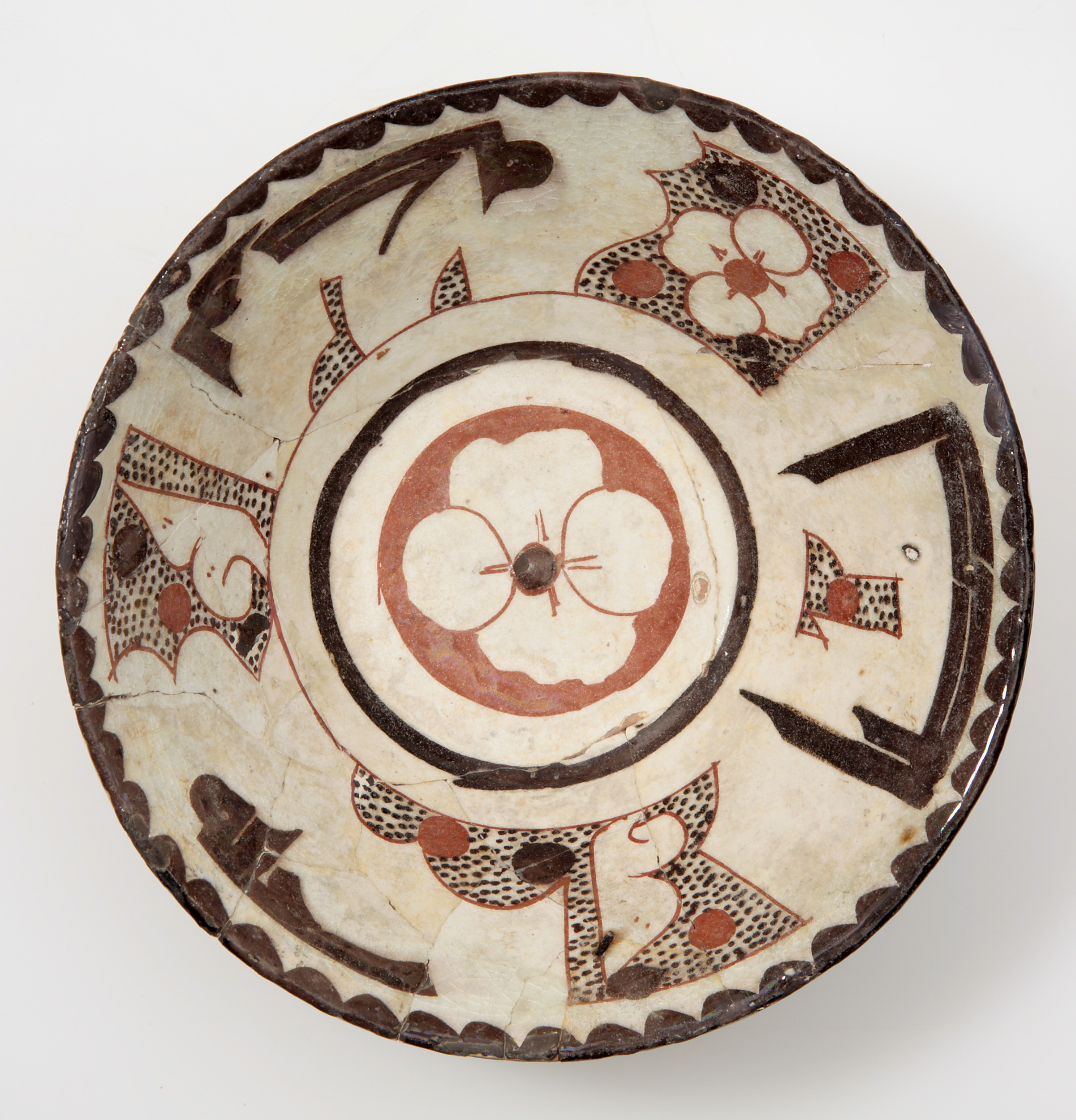 earthenware, painted with red and purplish-black slips under a colourless glaze

The inscription, which is in a handsome book hand of about a century earlier reads,barakah li-sahibihi (‘Blessing to its owner’). Its distinction lies in the fact that it is written in irregular compartments defined by small irregularly-shaped dotted panels. These ‘clouds’ were later adopted in Qur’anic illumination and, subsequently, became almost standard in the layout of the holy text.