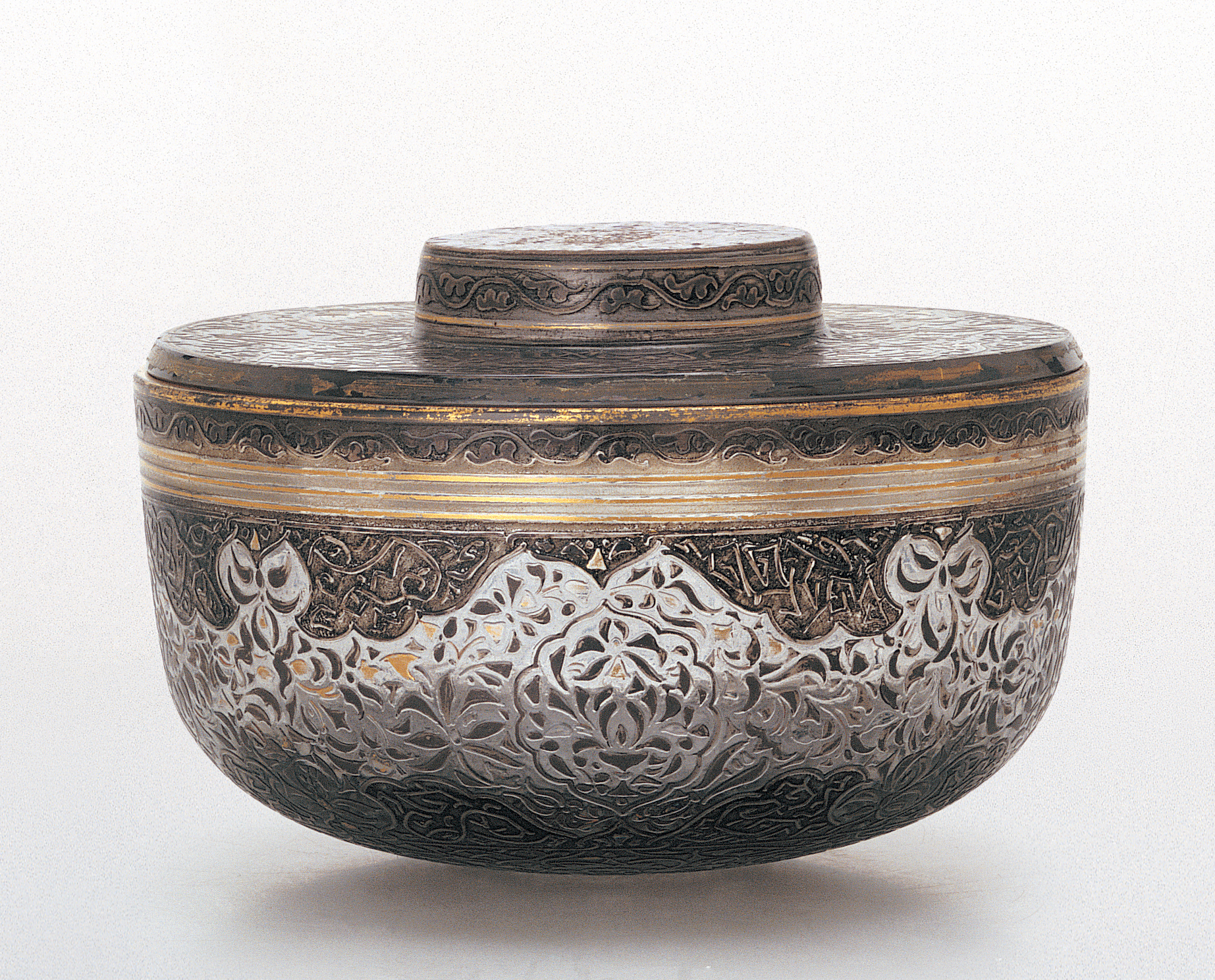 heavy, clear, colourless glass, cast in a mould; with enamelled and gilded decoration; the outer surface (and probably also the design) is etched

The outer surfaces of this bowl and its cover are decorated with arabesques and panels containing palmettes and floral motifs. Details of the design were picked out in gold leaf and some areas offset by a black ground, while the central flat boss on the lid has a dull blue enamel ground. Engraved on the underside of the lid is ‘E Gallé Nancy’ and ‘R1116’.

The shape of the bowl and its decoration, follow that of the inlaid brass-work generally known as Azzimina work, which has been most plausibly attributed to late 15th-centuy Syria., possibly for the export market. In 19th-century Europe, these wares were widely collected under the impression that they had been made in Venetian renaissance workshops. This may have determined Gallé’s choice of the piece as a model.

Emile Gallé (1846–1904) began to experiment with enamelled glass in the early 1870s, and in the years that followed he produced work in several styles. Some of his pieces were inspired by historical sources, while for others he utilized floral and insect motifs. It was around this time that Islamic gilded and enamelled glass became an important source of inspiration for him.