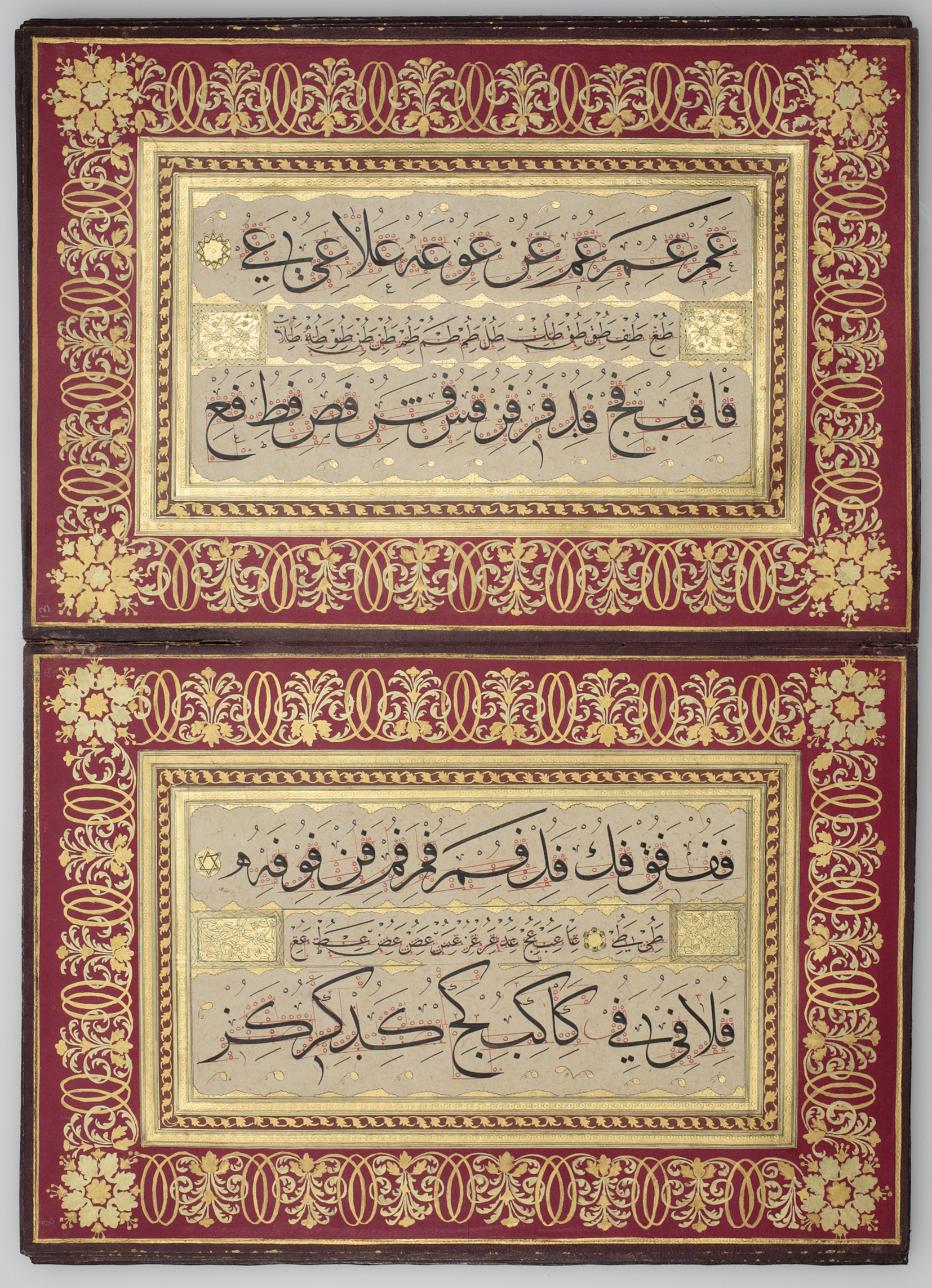 ink and gold on coloured papers; folios edged in leather;

text copied in thulth and naskh scripts; signature is in riqa‘

In albums of murakkabat, the basic shapes of the letters of the Arabic alphabet are shown in their combined forms (as opposed to albums of mufradat, where they are shown in isolation). The letters are outlined with red dots, to show their correct proportions (mi‘yar al-huruf).

Mehmed Shevki, who signed this album, was a pupil of the calligrapher Mehmed Hulusi (Khulusi). He was a secretary in the Ministry of War, and taught calligraphy to Sultan ‘Abdülmejid I (r 1839–1861) and to the children of Sultan ‘Abdülhamid II (r 1876–1909).