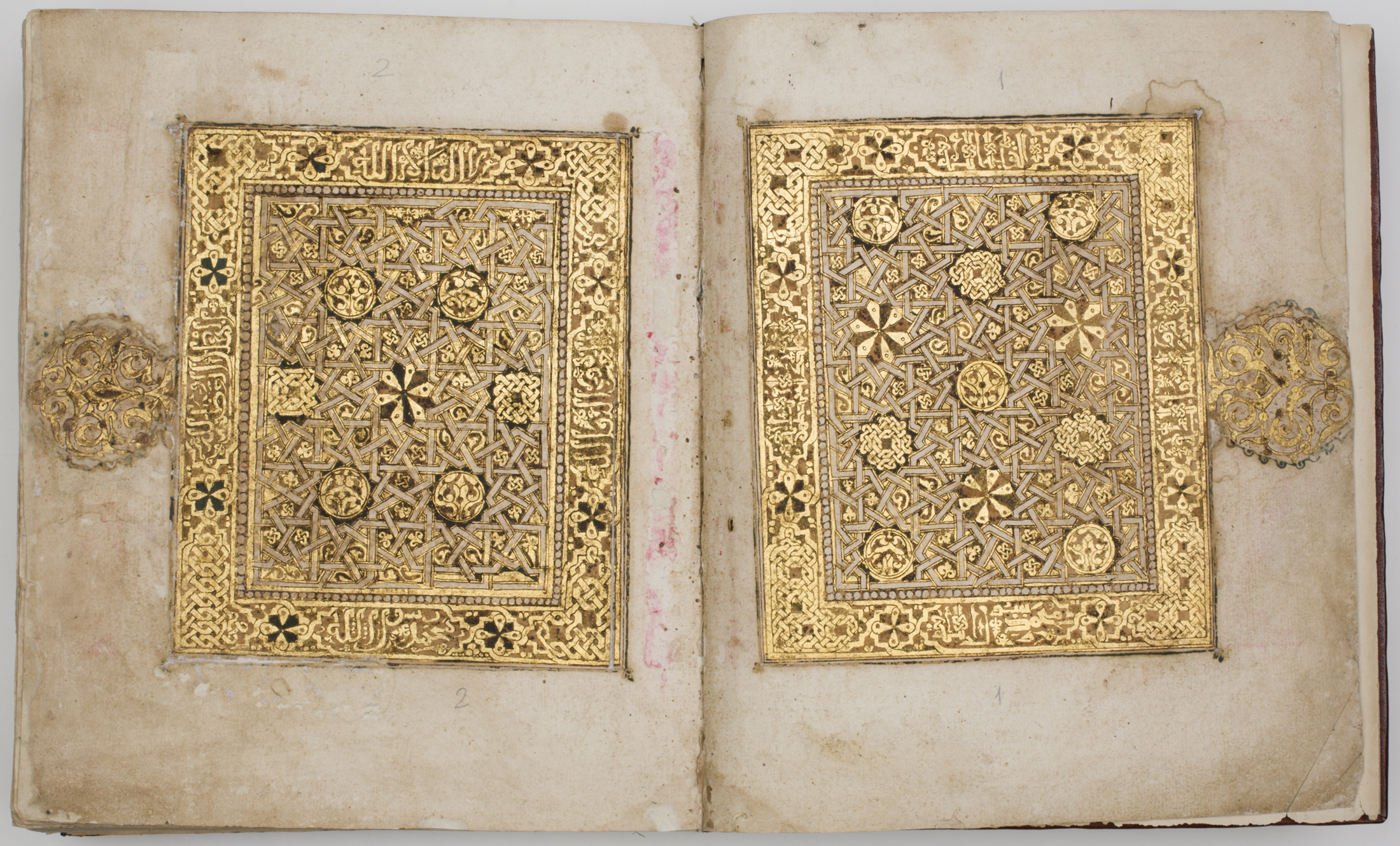 text copied in maghribi script; incidentals in Kufic; 23 lines to the page

This magnificent Qur’an manuscript is as remarkable for the amount of illumination as it is for its quality and extensive variety. The manuscript opens and closes with three fully illuminated spreads, and single or double illuminated pages mark the beginning of each quarter of the text. Surah headings are generally written in a single line in gold Kufic, with an illuminated hasp that extends into the margin, the exception being those that mark the beginning of a quarter of the Qur’anic text, which are in decorative panels. Other illuminated marginal devices – such as those marking the passage of a group of verses, Qur’anic divisions or sajdahs, for example – are also of a striking complexity.

The name of the calligrapher, Yusuf ibn Radwan al-Shatibi, occurs at the end of a prayer at the beginning of the manuscript (folios 2b–3a), where he also lists the sources he used while copying the manuscript. The text on these two folios is written in gold Kufic outlined in black. The colophon, which gives the date of completion as hilal Shawwal (that is, the beginning of the month of Shawwal) 727, is incorporated within the decorative frame of the final page of text (folio 187a).