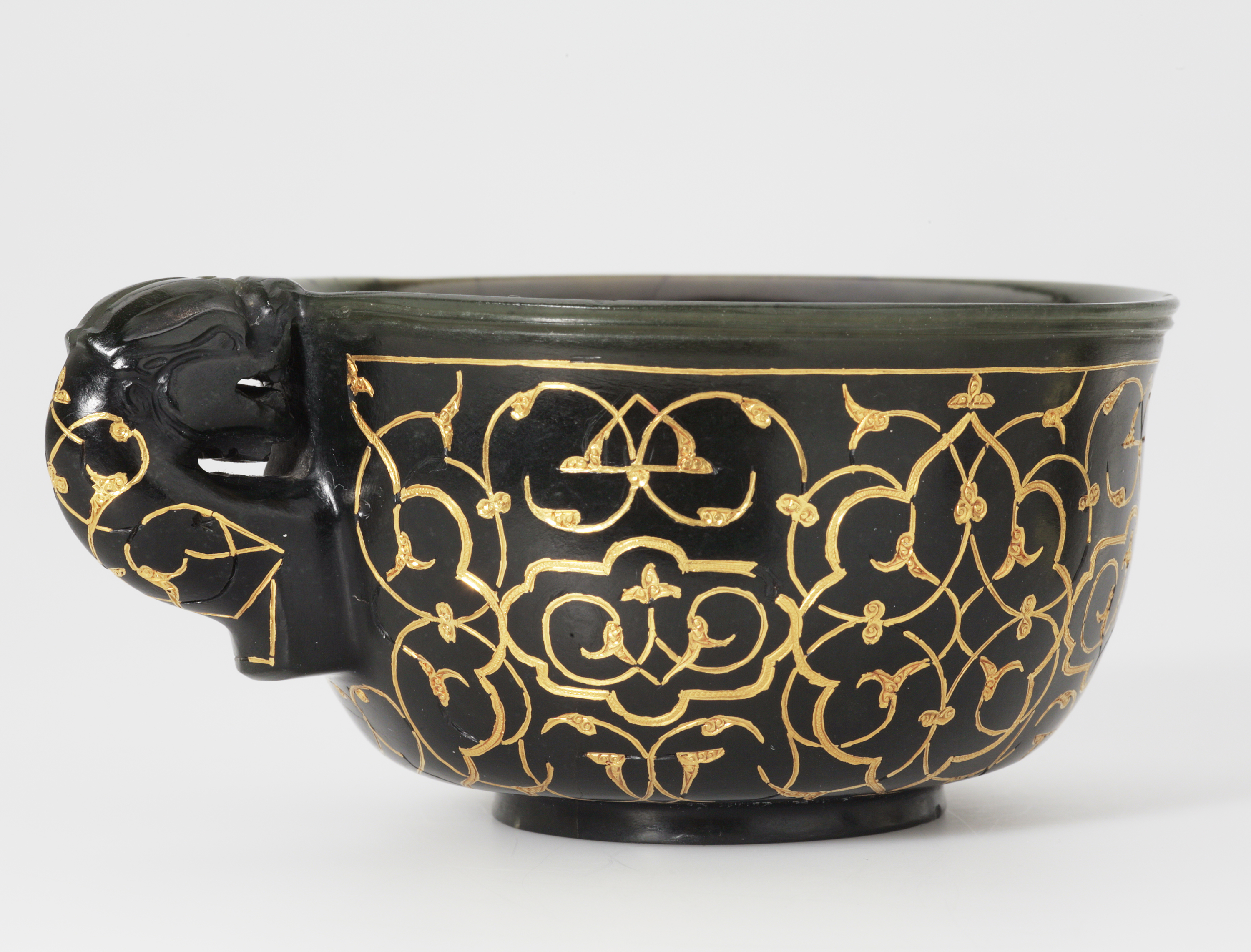 The belt cups with dragon handles of the Mongol period in precious metal [see MTW 1388] gradually fell out of fashion in the later 14th-century Iranian world, but a reminiscence of their ceremonial function may well be dragon-handled jade drinking vessels made for Timur’s grandson Ulugh Beg (for example, a white jade mug in the Fundação Calouste Gulbenkian in Lisbon). Many of these later reached the court of the Mughals, who were proud to count Timur their ancestor and regarded such vessels as treasured heirlooms, often adding inscriptions in their own names.

With its solid dragon handle, this cup is somewhat different from the cups bearing Mughal or Timurid inscriptions but the fine gold scrollwork with its engraved half palmettes suggests that it was made in late 15th-century Aqqoyunlu Tabriz. Jade cups inlaid with gold are listed in a treasury inventory of the Ottoman sultan Bayazid II dated 1505. There is little evidence of jade work at the Ottoman court at this early date; when it became more widespread later in the 16th century, its colour was milky green, not deep green. The vessels listed may therefore have been Ottoman booty from the victory over the Aqqoyunlu ruler Uzun Hasan, in eastern Turkey in 1473.