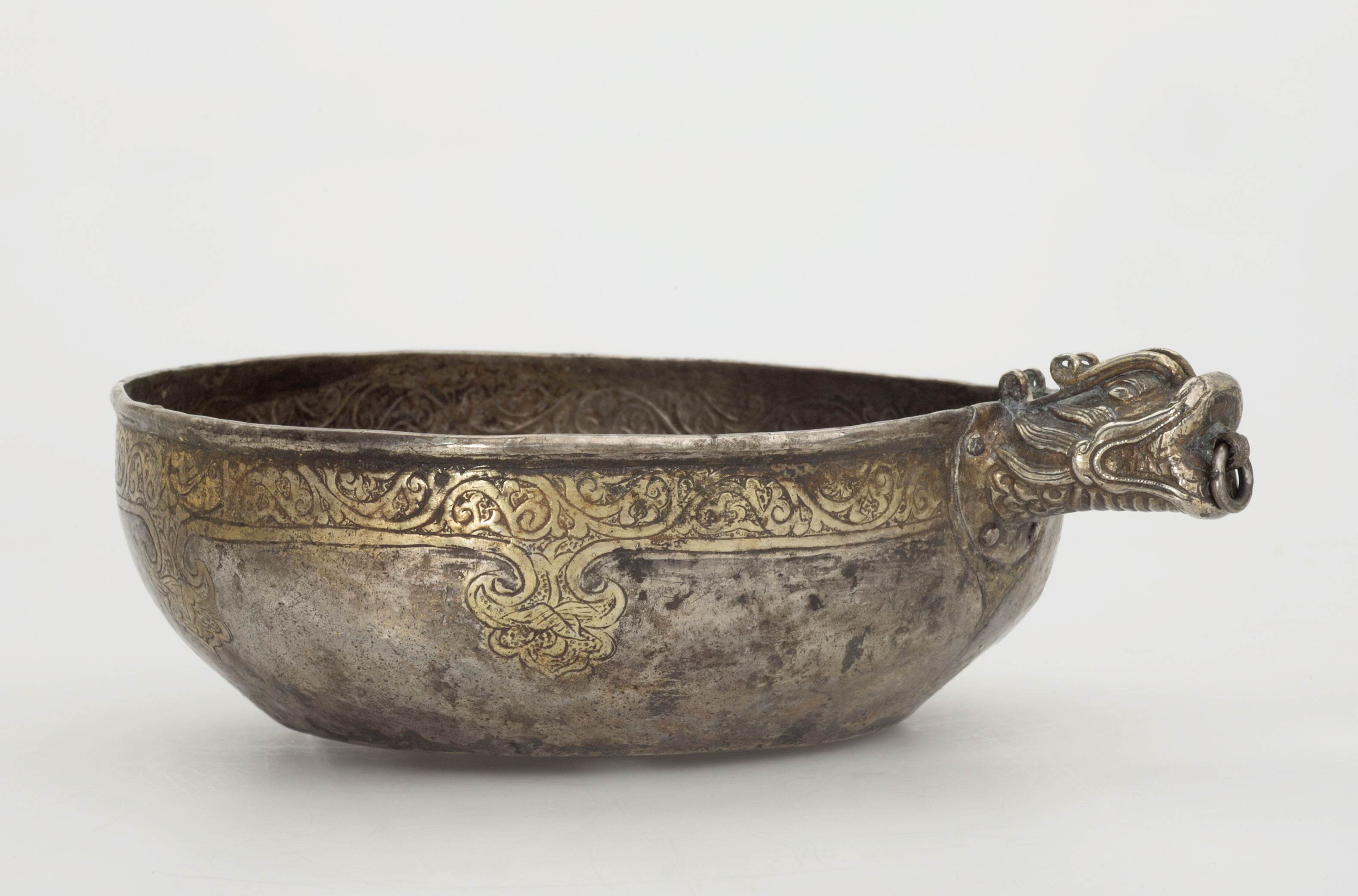 A conspicuous element of the uniform of high Mongol cavalry officers was their belt trappings, which included a cup of precious metal with a handle in the form of a dragon’s head, a motif the Mongols had adopted from the Northern Song dynasty when they overran China. Such cups have been excavated over a vast geographical area, from northern China in the east to the fortress of Shumen in Bulgaria in the west, but with a concentration in the lands controlled by the Golden Horde. The earliest of them, a find in the province of Tobol’sk in Siberia, is dated 617 AH (1221–2 AD), but they continued to be made, with local variations, well into the 14th century across the territories of the Mongol empire, gradually assimilating the styles of Near Eastern silversmiths.