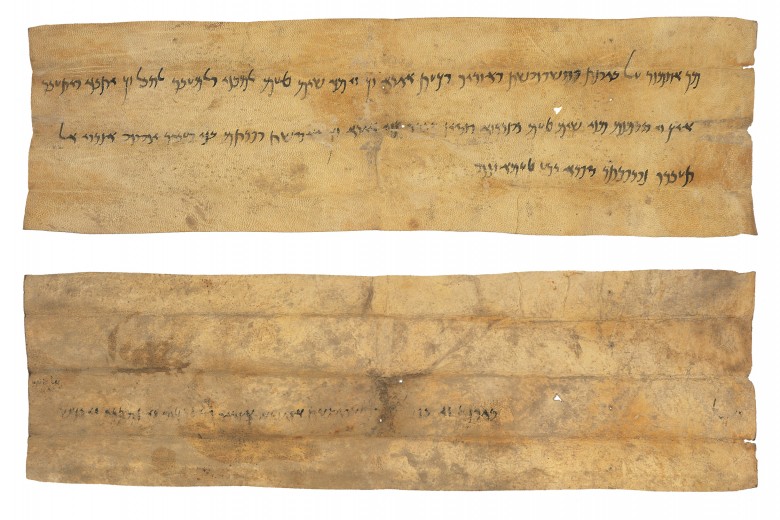 A letter from Akhvamazda, the satrap of Bactria, to Bagavant, the governor of Khulmi, confirming that the wall that he had commanded to be built and made, should be built and made. His instructions were to be carried out strictly so that the wall is built in a most desirable manner. He warns Bagavant not to act in a contrary manner.

The text on the verso reads, ‘To Bagavant who is in Khulmi, Vakhshuvahishta the messenger, and Azdapaya his foreman. That which is to be built. That which concerns Kish’.