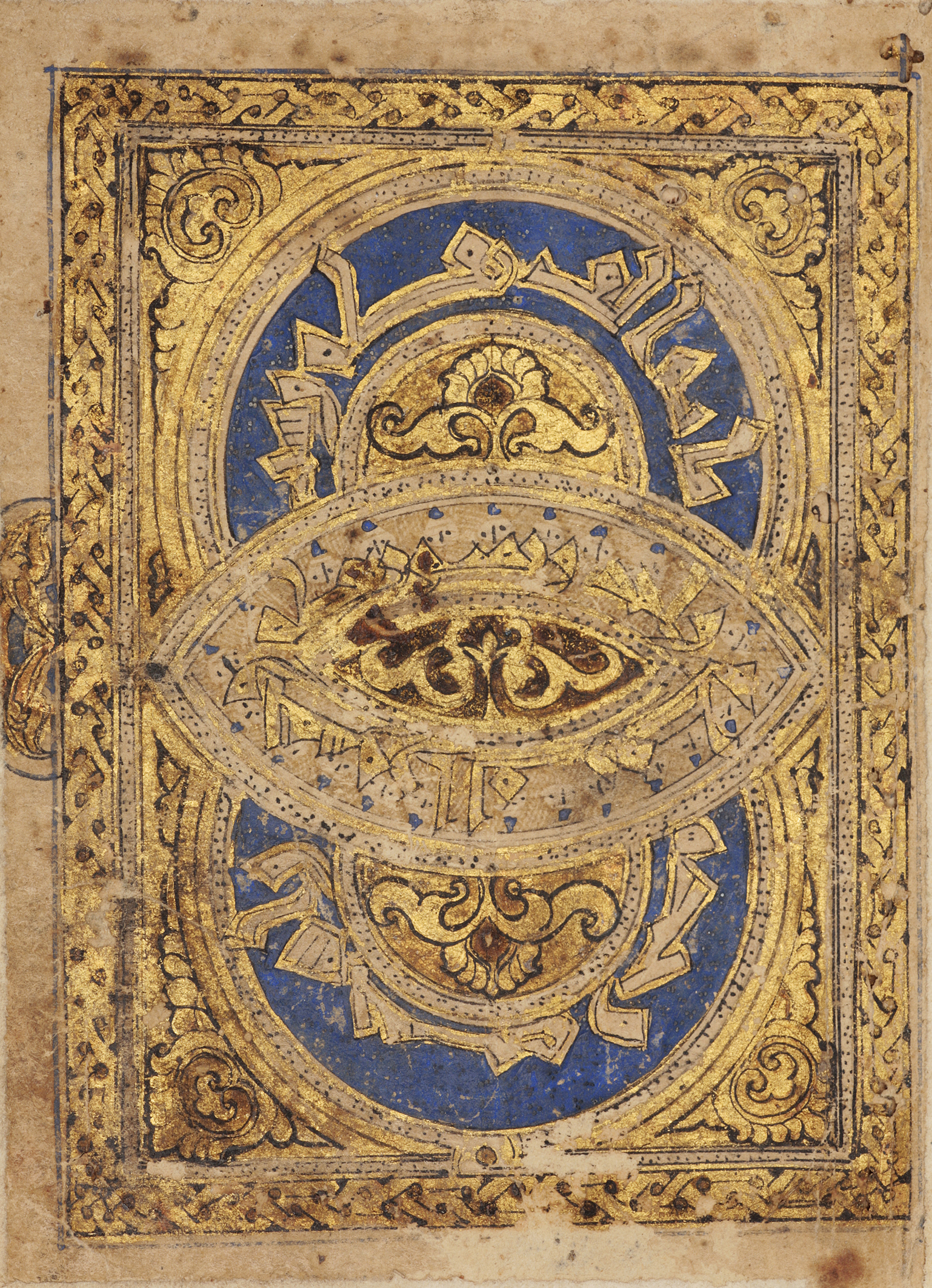 text copied in naskh script, incidentals in Kufic script; 20 lines to the page

The surviving left-hand folio of the double-page frontispiece (folio 1a) is designed as two overlapping circles in a braided frame, each containing part of the verse, letter and diacritical count. This derives from the illumination of early Qur’ans in oblong format and indicates that the transition to vertical format did not immediately bring a radical new layout.

Surah headings are in gold Kufic script, with a marginal gold palmette which occasionally contains the name of the place where the surah was revealed. Individual verses are not marked, but groups of five and ten are, the latter also with a marginal medallion bearing the number of verses. The manuscript ends with an illuminated double finispiece.