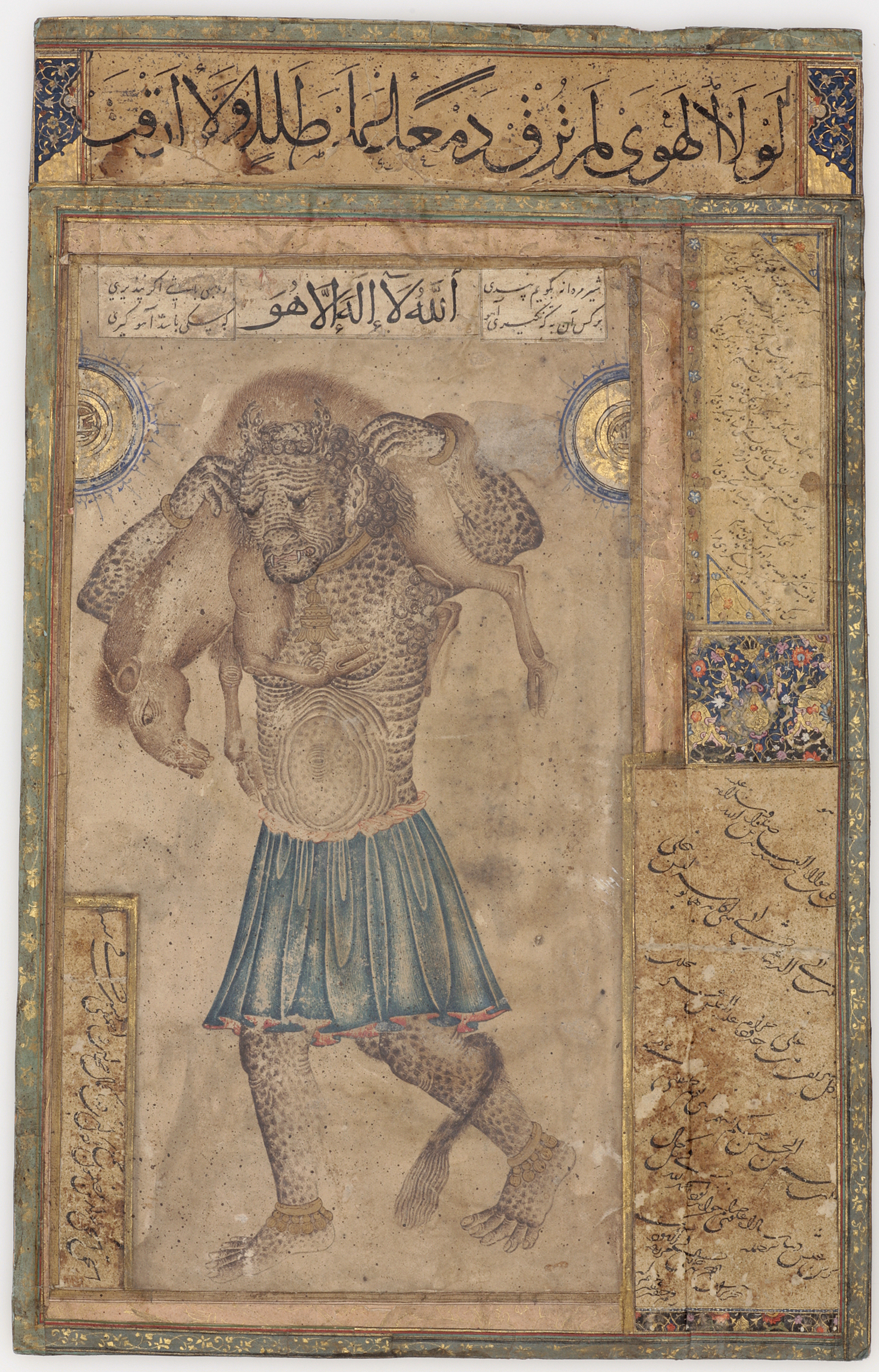 Album page in the Style of ‘Muhammad Siyah Qalam’

Album page in the Style of ‘Muhammad Siyah Qalam’

panels of text on the recto written in thulth, nasta‘liq and shikastah ta‘liq; verso with diagonal lines written in a ‘Kufic’ script, possibly 16th century or later

The study, of a demon carrying off a horse, belongs to an important group of paintings, which are mainly in an album in the Topkapı Palace Library in Istanbul. These paintings mostly bear later attributions to ‘Muhammad Siyah Qalam’ although they are by several hands. Rather than identifying the artist, the name alludes to the Persian technique of siyahqalami (or qalamsiyahi): black line drawing on paper, sometimes enhanced by wash. The subjects, all on a bare ground, include studies of wrinkled figures in heavy garments, dark-skinned figures and demons. All have been cut down to fit on the album pages; some appear to have been quite large compositions, and some at least were originally in scroll form.

The paintings show considerable wear and accumulation of dirt, and it has been suggested that they belonged to a professional storyteller who would point to them or hold them up to emphasise significant moments in his narrative. There has been little agreement on where or when they were produced, but it is most likely that they were painted in Tabriz under the Aqqoyunlu Turcoman in the later 15th century. [see also MSS 1065]