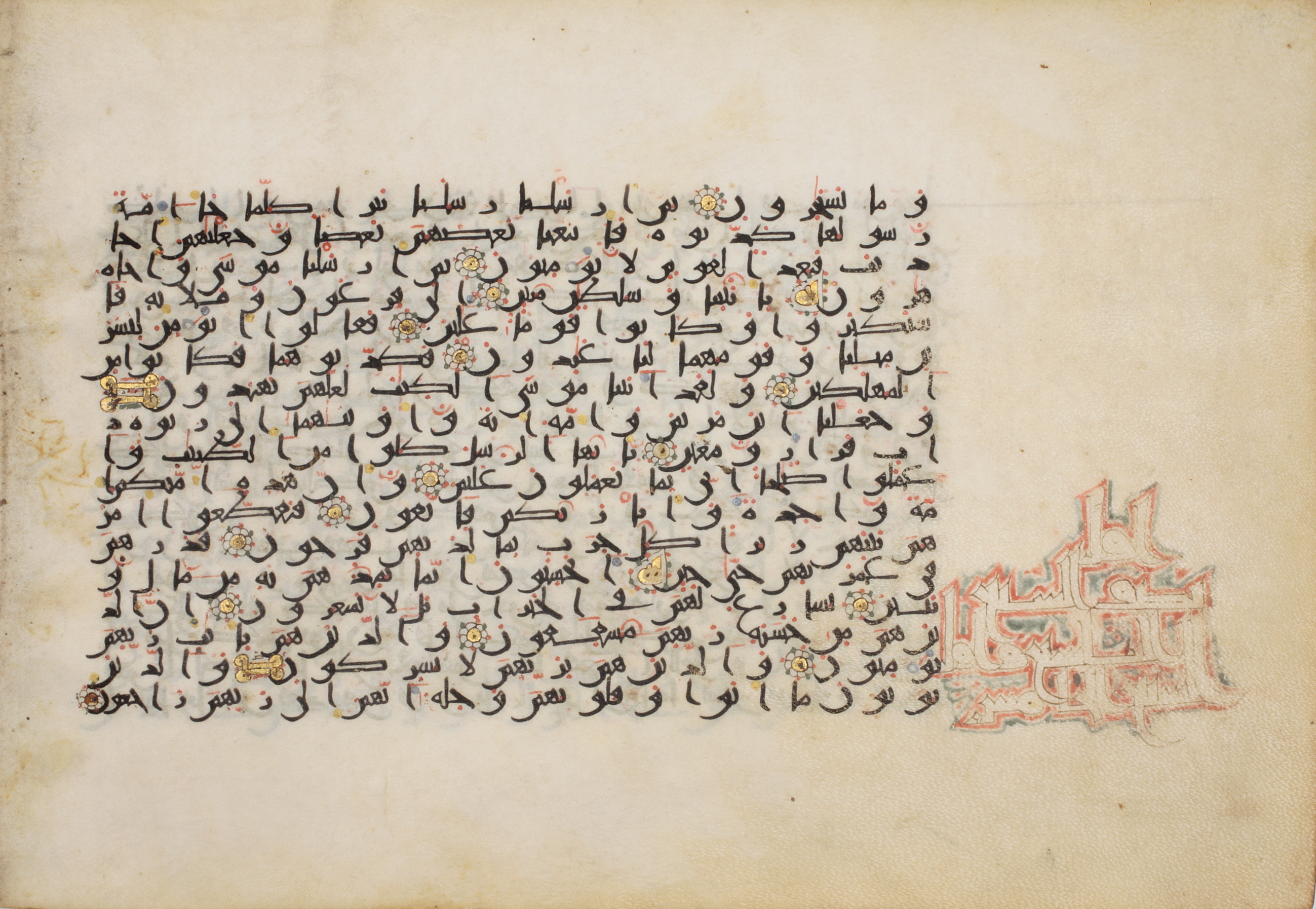 Two Quires from an Oblong-format Qur’an

Two Quires from an Oblong-format Qur’an

copied in Kufic script; 17 lines to the page

The two quires come from the earliest extant Qur’an from Muslim Sicily, which in the 10th century was under the Fatimid caliphate and only fell into Christian hands in the late 11th century. It is also the only known Qur’an from a Fatimid scriptorium. It carefully observes the distinction between thick and thin strokes characteristic of Qur’ans from the late 10th century onwards and the regularity of its lineation is shown by the justification of both margins, despite the absence of rulings to guide the scribe. Both the marginal inscriptions, giving textual divisions, and instructions for prostration (sajdahs) are written in a hand which by the date of the Qur’an must have been obsolete. The gold surah headings, with marked elongation of certain letters, are similarly archaic. The use of vellum rather than paper at this relatively late date and the oblong format reflect the conservatism of the western Islamic world.