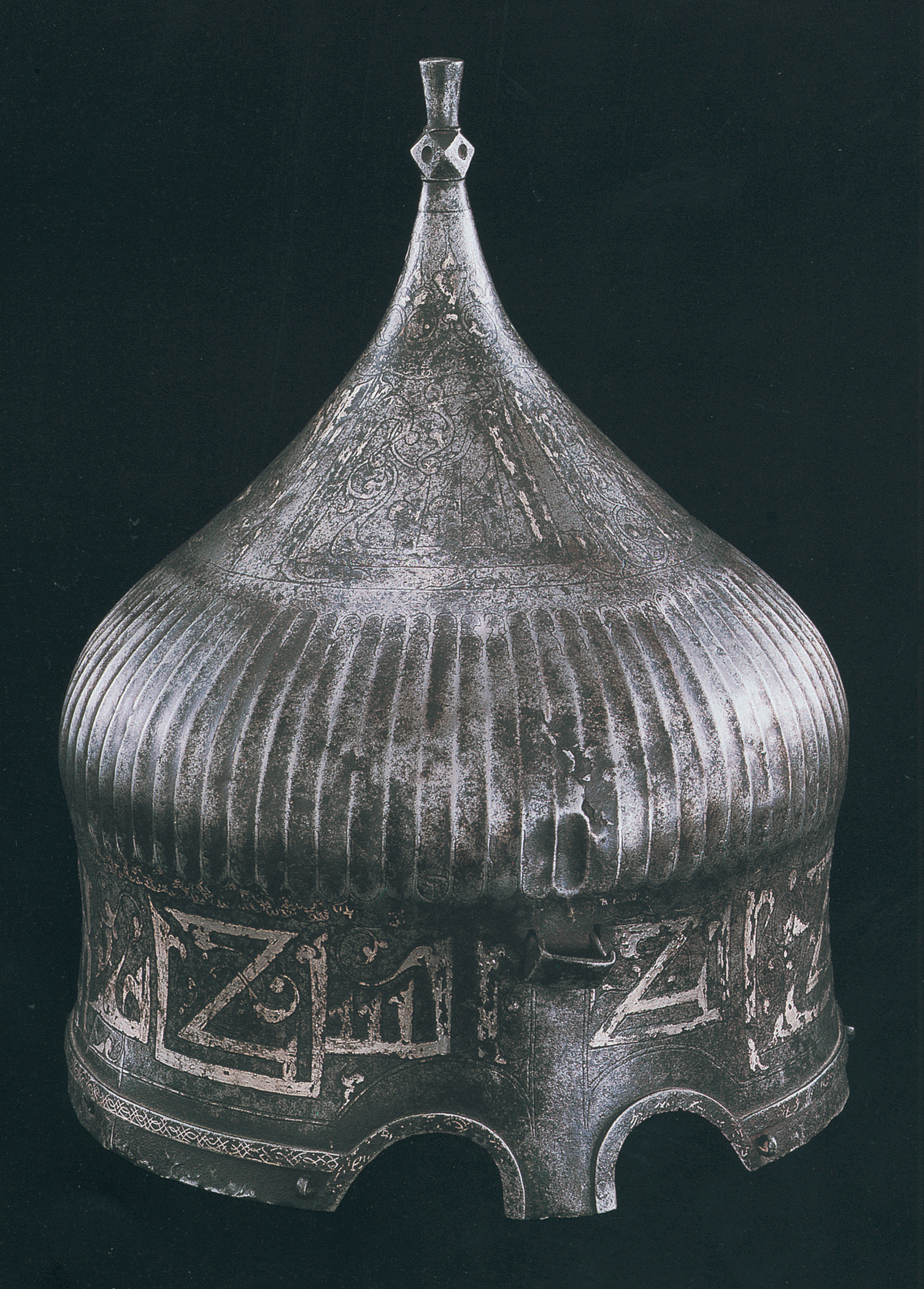 iron or steel, with engraved ornament and damascening in gold and silver; the nose- and ear-pieces are missing

This ‘turban’ helmet bears sporadically legible inscriptions at the peak and round the base in an archaic Kuﬁc alphabet. It bears the mark of the St Irene armoury in Istanbul.

Many of these helmets came to light in the Ottoman armoury at Erzurum, captured by the Russians in 1828, and in the Istanbul armoury which was ‘spring-cleaned’ by Sultan Abdülmecid in 1839. As a consequence, some of the material found its way into European collections. Some items bear the names of identiﬁable rulers, such as the Ottoman Sultans Orhan (r circa 1324–1360) and Bayezid II, the Aqquyunlu Sultan Ya‘qub (r 1478–1490) and the Shirvanshah Farrukhsiyar (r 1462–1501), and, to judge from the testimony of the 15th-century Mamluk historian Ibn Iyas, they also reached Mamluk Egypt as diplomatic gifts.