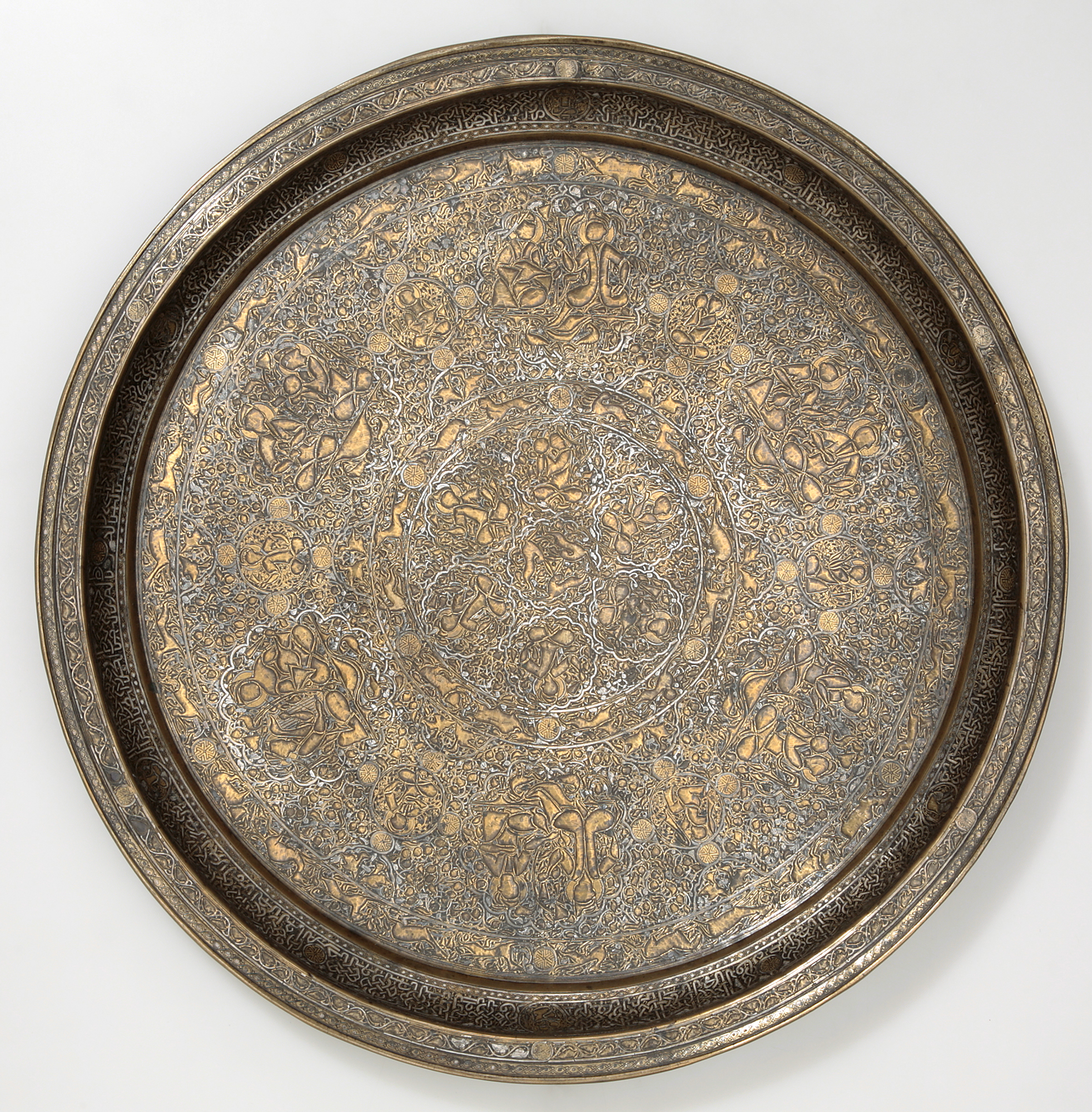 second half of the 13th century AD

second half of the 13th century AD

Although much of the lavish silver inlay has been lost, the decoration is easily discerned. At the centre is a roundel with three rabbits joined by their ears. This is surrounded by six medallions of musicians and drinkers and a band of animals pursuing one another. A broader band has pairs of enthroned figures alternating with smaller roundels of musicians, a drinker and a dancer and a further band of animals. The cavetto bears a band of benedictory inscription in plaited Kufic with human-headed ascenders, broken by small roundels of musicians or revellers.

Under the growing threat of the Mongol invasion in the 13th century, many Iranian craftsmen moved westwards. Among them was a group of workers in inlaid brass who established themselves at Mosul in northern Iraq, and later at Damascus and in Cairo. Some may have moved back into western Iran where, with the establishment of the Ilkhanid state, they came to enjoy court patronage.