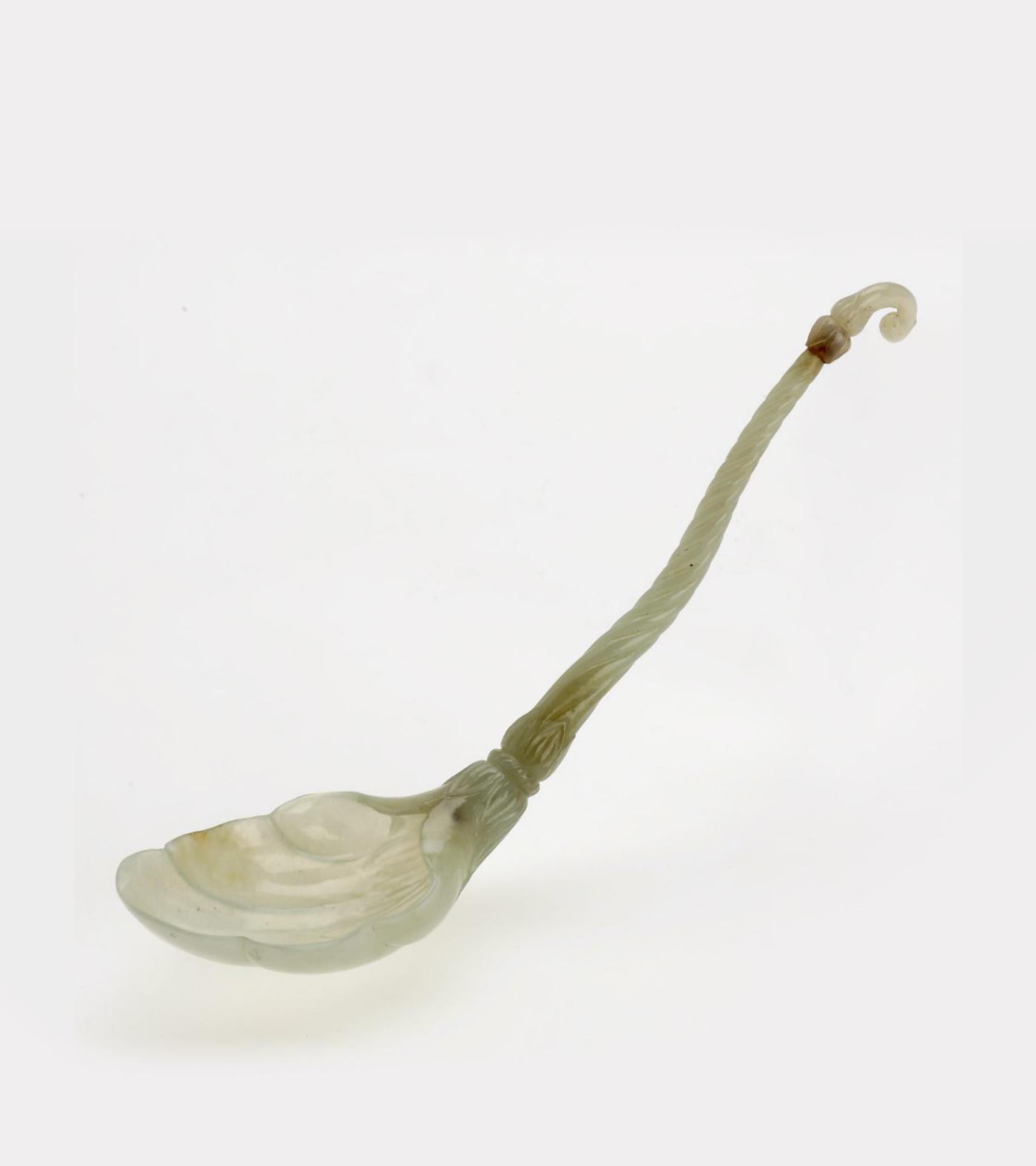 The spoon is in pale green nephrite, with its surface polished to a high sheen. It is in the shape of a large leaf, most of which has been rolled and twisted to form the handle. The bowl is carved thinly into lobes, the outer pair of which curve over at the rim where they meet the tapering stem. The latter, carved with spiral ribs, has a slight undulation that fits neatly into the right hand with the thumb placed in its curve. The stem terminates in a curved finial, emerging from a double moulding of sepals and covered at its tip with an acanthus leaf, all carved in low relief. The finial was carved separately from the bowl and handle, though all appear to have been carved from a single block of jade. The two parts have interlocking male-female ends.

The spoon follows the trend towards organic forms established at the end of Jahangir’s reign. Although the finely carved acanthus on the back of the bowl resembles the decoration of monuments from the latter part of Awrangzeb’s  reign, the spoon is conceived and executed with the refinement and sensitivity typical of the reign of the previous Mughal ruler, Shah Jahan.