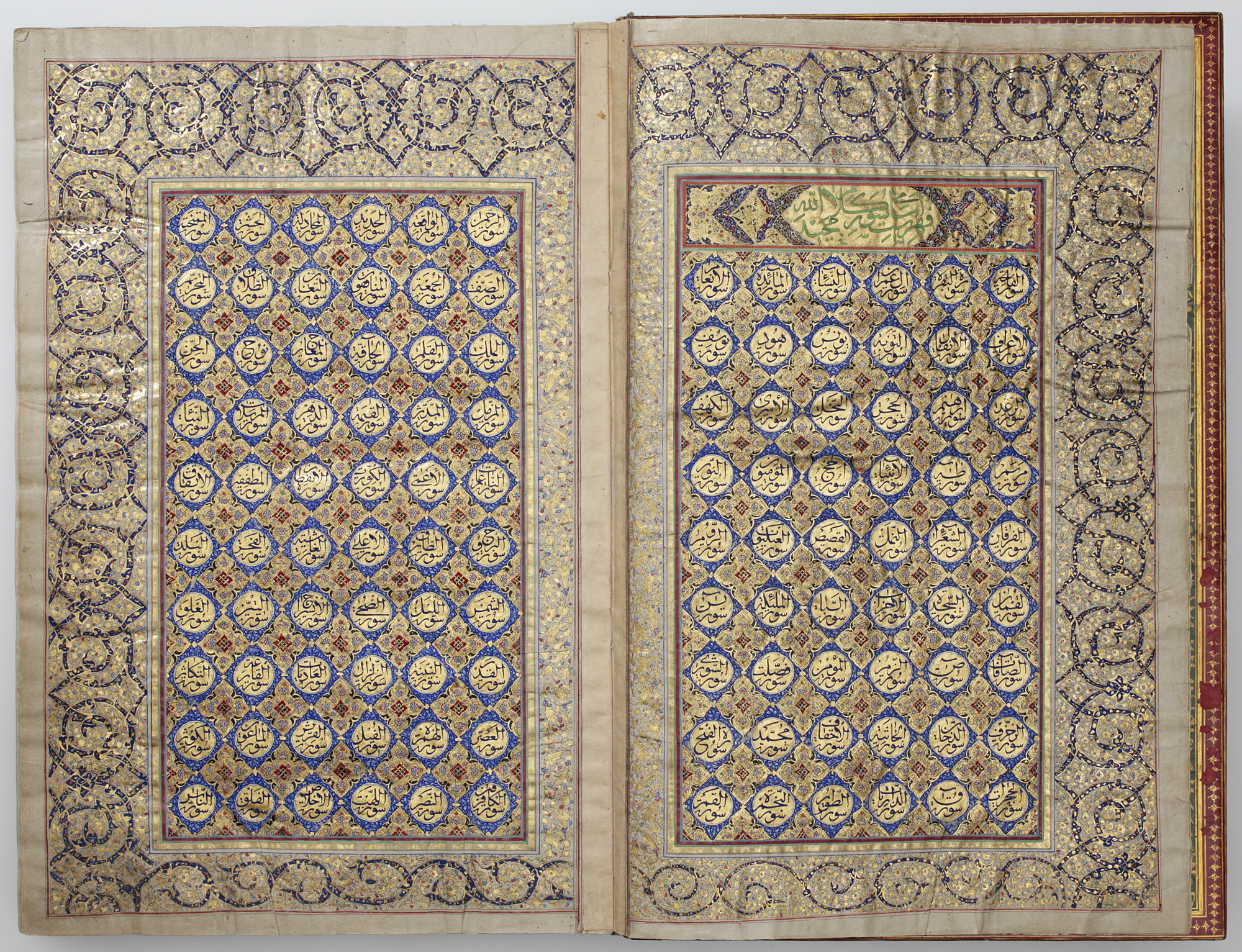 main text copied in naskh script, incidentals in riqa‘ and Persian translation and commentaries in nasta‘liq; 14 lines to the page

The manuscript opens with three illuminated spreads. The first (folios 2b–3a) bears an index of surah headings, while the second (folios 3b–4a) has the prayer to be recited on commencing a reading of the Qur’an. The main text begins on the third spread (folios 4b–5a). The text is written in a fine, clear naskh resembling that of Visal, the pen-name of one of the most highly esteemed calligraphers, scholars and poets of 19th-century Iran. The interlinear Persian translation and Shi‘ite traditions on the virtues of reading each surah of the Qur’an are written in nasta‘liq, the latter in the margins in pointed vertical cartouches. As was the rule in Qajar Qur’ans, the marginal notes have a separate colophon, here on folio 287b, dated 25 Sha‘ban 1272 (2 May 1856) and signed by Visal’s second son, Mirza Mahmud pen-named hakim (’the physician’), who had a considerable reputation as a nasta‘liq scribe.

The lacquer covers are the work of Lutf ‘Ali Shirazi, a craftsman who had a close association with the Visal family. The outer covers are variations on the flower-and-bird theme. The doublures have a superb composition of a black iris and other flowers on an imitation tortoise-shell ground.