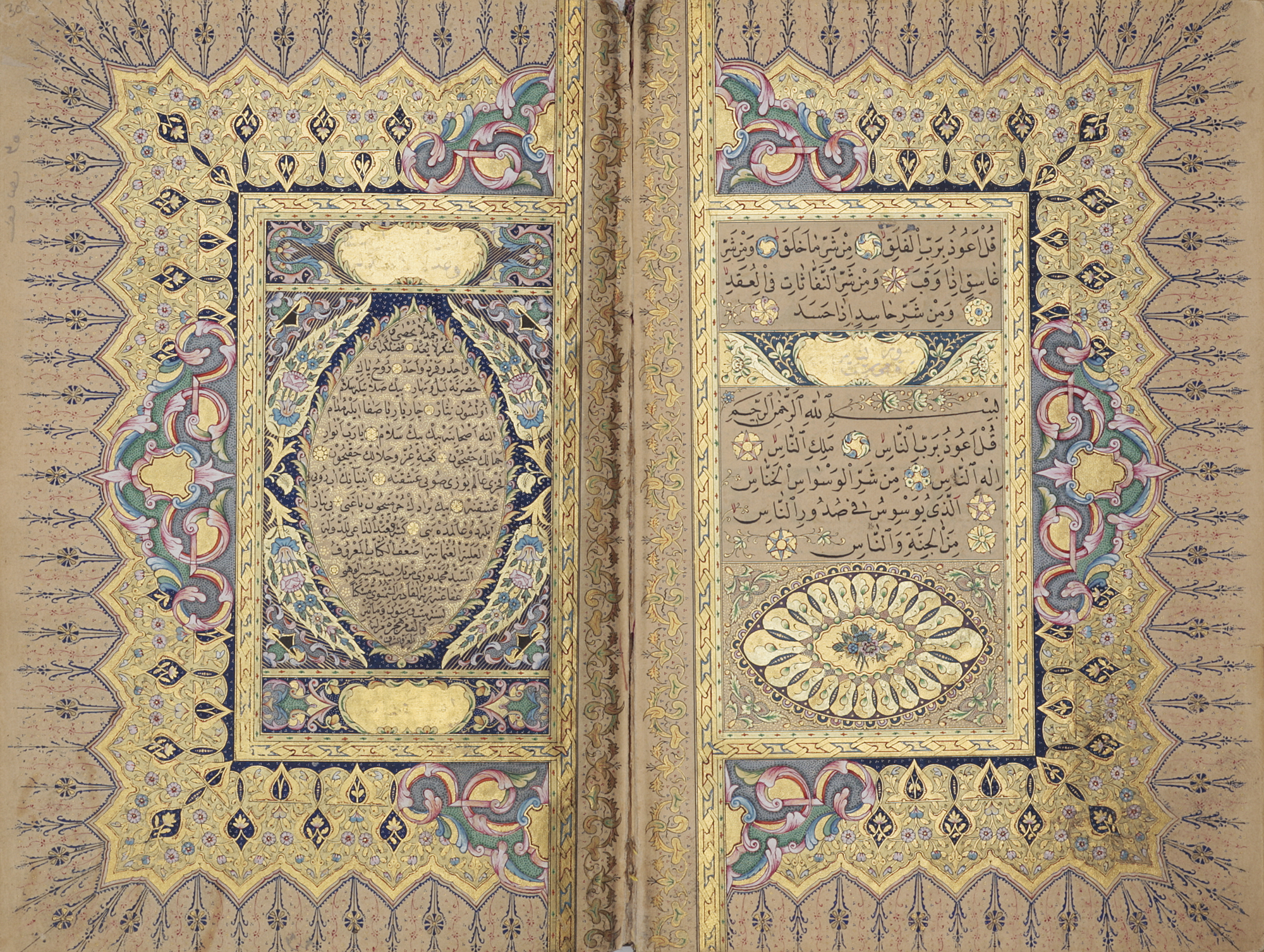 The scribe was a pupil of Hüseyin Vehbi, who lived at Shumen in Bulgaria on the borders of the Dobruja. During the late Ottoman period, Shumen was an important provincial centre for the copying, illumination and binding of high-quality, small-format Qur’ans, which found a ready market in Istanbul and were even acquired by the palace.

The rich illumination combines acanthus scrolls and elements from the classical Ottoman repertoire of chinoiserie, arabesque and European rococo motifs into new forms. Such works demonstrate the vigour of traditional local styles even into the mid 19th century, when Ottoman decoration was much influenced by European tastes.