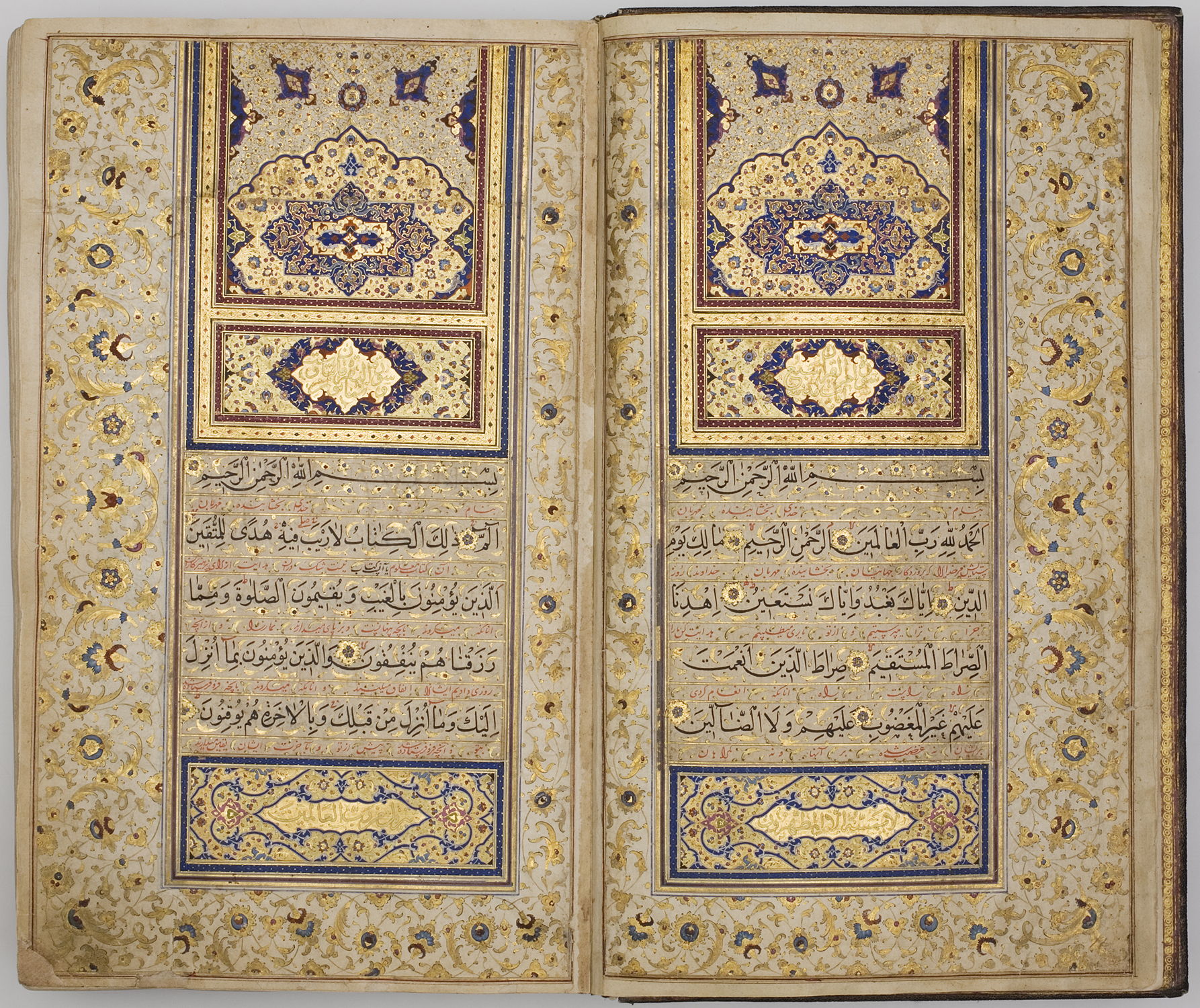 ink, gold and opaque watercolour on paper; contemporary binding with covers of black shagreen with pressure-moulded and gold-painted decoration; doublures of red morocco with gilt-leather filigree

main text copied in naskh script, interlinear Persian translation and marginal commentaries in shikastah, 11 lines of Qur’anic text and 11 of interlinear translation to the page; supplementary texts in riqa‘ and nasta‘liq

This manuscript is remarkable as much for the quality of its Illumination as for its calligraphy. The Qur’anic text was copied by Muhammad Riza al-Shirazi, with the interlinear translation and its preface and the marginal commentaries written five years later in 1106 AH (1694–5 AD) by Muhammad Hadi Shirazi, indicating that naskh and nasta‘liq were the specialities of different scribes. The magnificent illumination suggests that the manuscript was commissioned by the Safavid ruler Shah Sulayman (r 1666–1694), for whom the preface to the interlinear translation was specially composed.

The manuscript was subsequently purchased in 1846 by Husayn ‘Ali Khan Mu‘ayyir al-Mamalik, a son-in-law of Fath ‘Ali Shah Qajar and the treasurer of Muhammad Shah Qajar. The acquisition was marked by a long and elaborately worded inscription on folio 401b.