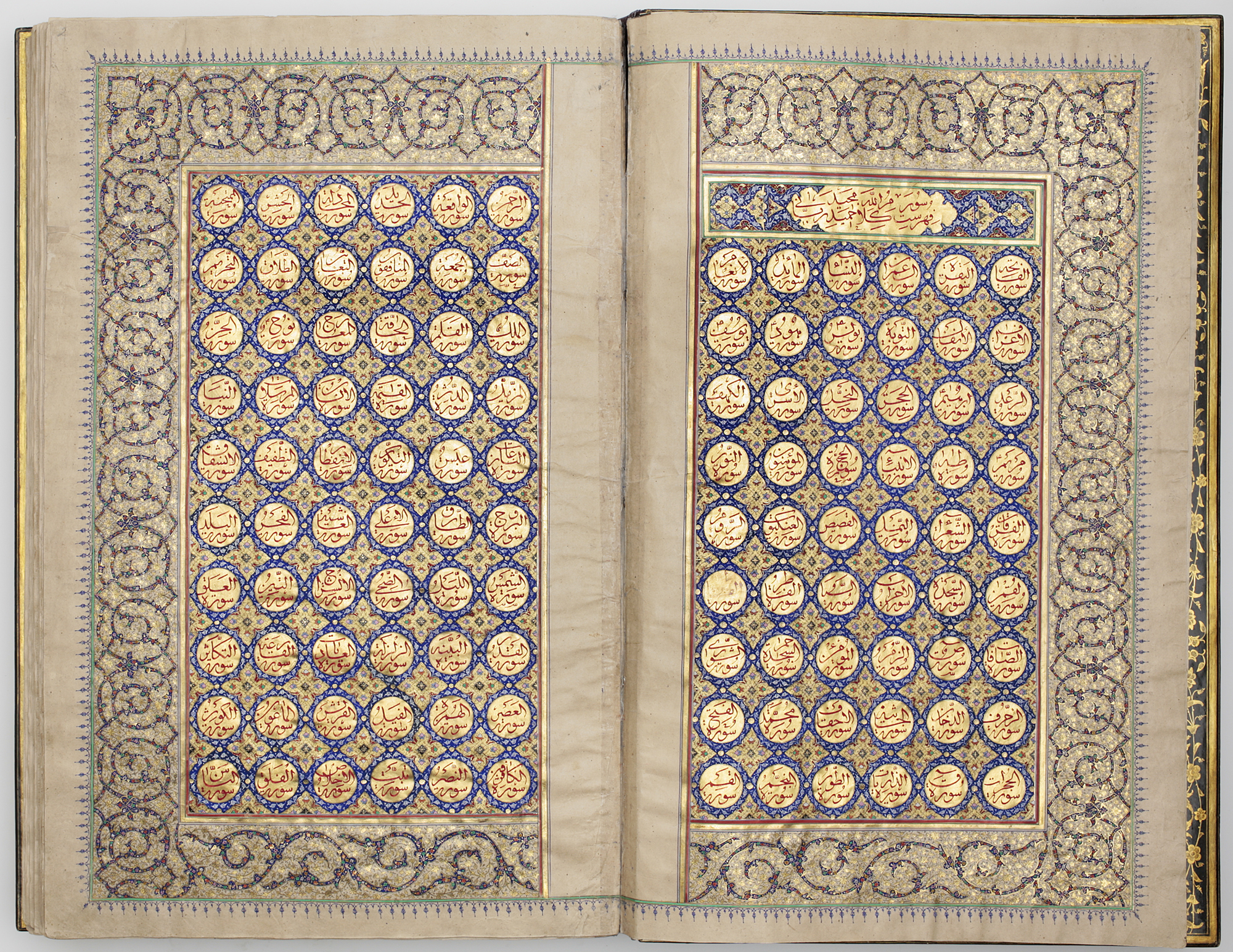 This Qur’an was copied in Shiraz for a former governor of Fars, Mirza Abu’l-Hasan Khan, by Muhammad Shafi‘, the most accomplished Persian calligrapher of the later 19th century, who was also a talented illuminator. It is the largest 19th-century Persian Qur’an known, and its calligraphy, illumination and covers represent the highest achievement of the arts of the book in the Qajar period. The manuscript opens with a double-page spread of illumination bearing a list of surahs. The main text is followed by ﬁve different prayers and a long, ﬂowery colophon in Arabic with eulogies in Persian verse.

The lacquer covers are decorated with a bird, ﬂower and butterﬂy composition. The doublures bear Arabic prayers in naskh script within a fine scrollwork border.