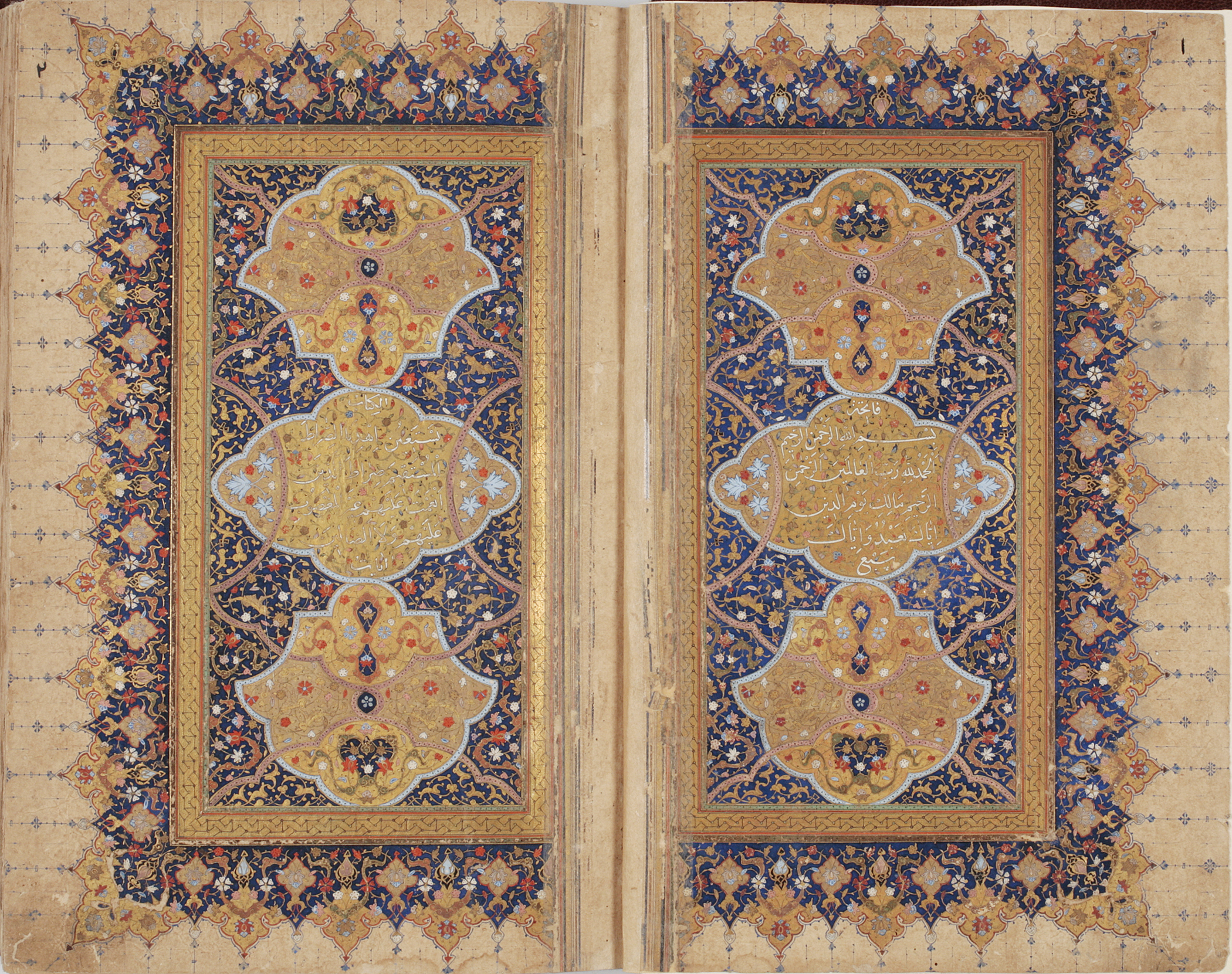 main text copied in naskh script, incidentals in thulth; 15 lines to the page

By the 16th century Shiraz had become a major centre for the production of commercial copies of illustrated and illuminated books in family scriptoria. Among the few Shirazi scribes who signed their works was Ruzbihan Muhammad al-Tab‘i al-Shirazi. His dated work covers the period 1514–47 and his prolific output included copies of secular works as well as Qur’ans and illumination. This Qur’an exhibits features present in several of his signed works, and it is very likely that he was also responsible for the illumination.

The manuscript closes with a prayer to be read upon completion of the text (folios 253b–254a), followed by a falnamah in Persian (folios 254b–256a).