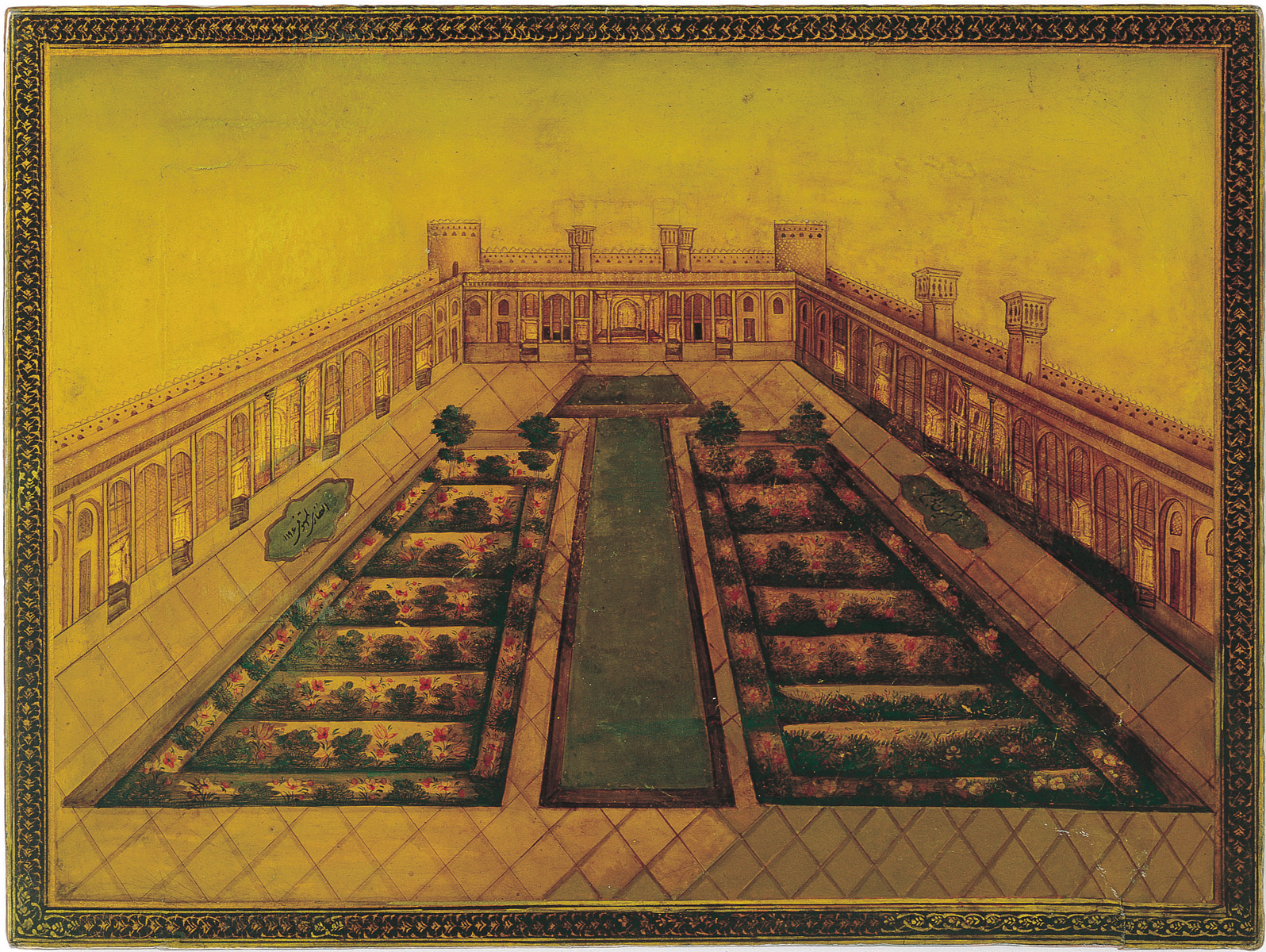 LAQ 350, inner face of one panel, signed by Abu'l-Hasan al-Ghaffari

The two panels are decorated on both sides. The outer faces bear a flower-and-bird composition of very high quality, set against a black ground and within a floral frame. The decoration on one panel is signed, Ya sadiq al-wa‘d (‘O You who are true to Your promise!’) and dated 1176 AH (1762–3 AD).

The inner faces were presumably left plain, as they were painted with architectural subjects some 20 years later. One is a perspective view of the courtyard of a mosque, also with a central water-tank. Two groups of men, one group seated, the other standing, have gathered before two pulpits, one on either side of the tank. The other is a perspective view of a formal garden with a central water-tank, which is enclosed by buildings with towers and chimneys. It is signed, ‘painted by the most humble Abu’l-Hasan al-Ghaffari al-Mustawfi’, and dated 1196 AH (1781–82 AD).

This is the only recorded example of lacquer painting by Abu’l Hasan al-Ghaffari, who flourished in the last quarter of the 18th century. He came from a family who held a number of important administrative posts under Nadir Shah Afshar and Karim Khan Zand, and his father was Governor of Kashan.