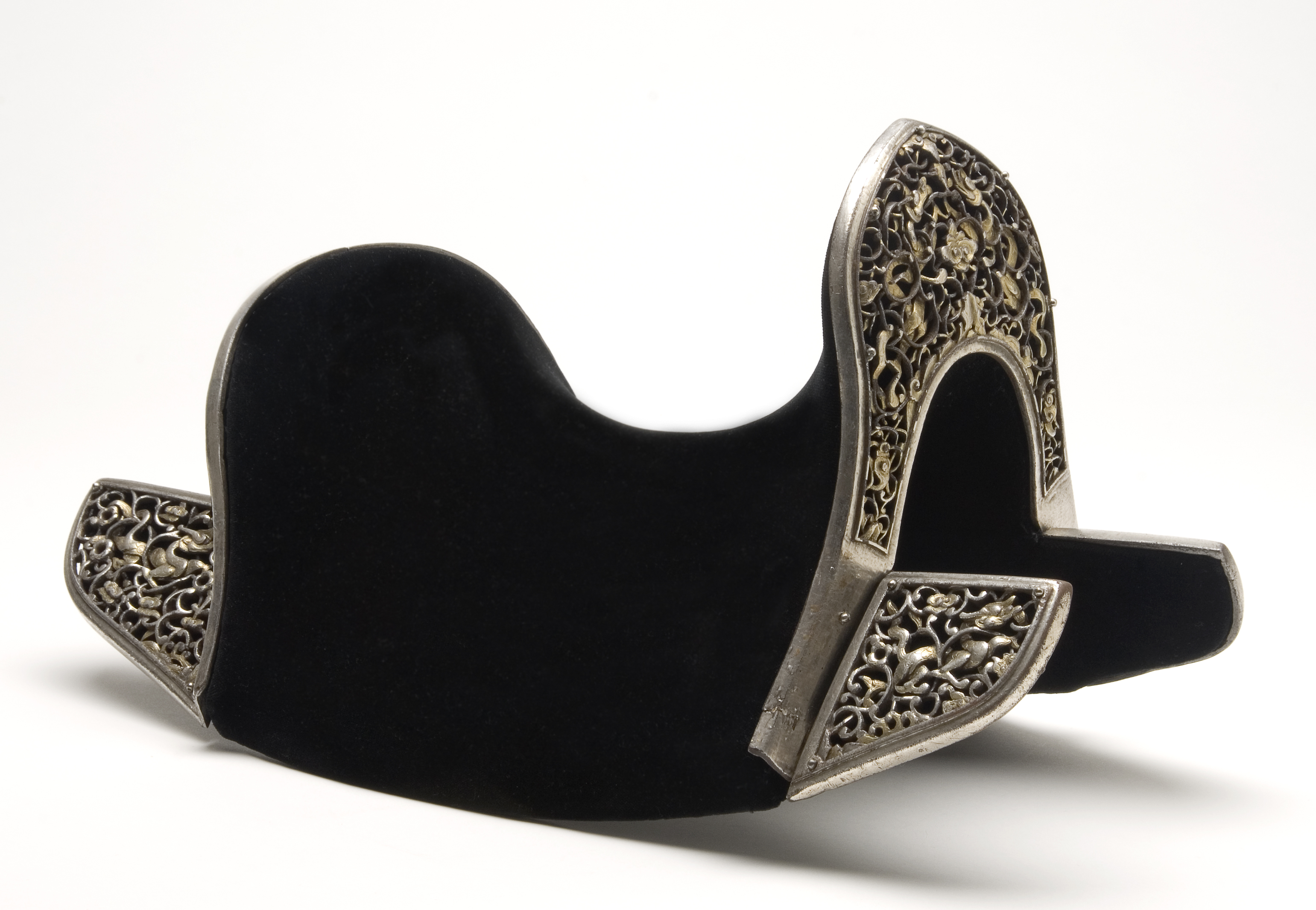 Openwork saddle plaques of copper, bronze or silver occur in inner Asian steppe cultures as early as the 4th century AD, and their decoration with confronted dragons and a flaming jewel between them is documented as early as the 11th century under the Liao dynasty in northern China. The stylistic diversity of post-Mongol horse trappings suggests that they were made in several centres: in China; perhaps in Tibet; in Mongolia; and in Transoxania, where crucible steel was being manufactured in the Ferghana valley by 1200.

In style, this set of saddle plaques (comprising pommel plaque, cantle plaque and skirt plaques) fits well into the decorative arts of the Timurid period in the early 15th century. The dragons were worked separately and then ingeniously fitted into the scrollwork so that they can be moved slightly, a characteristic they share with a comparable pommel plaque in the Metropolitan Museum, New York.