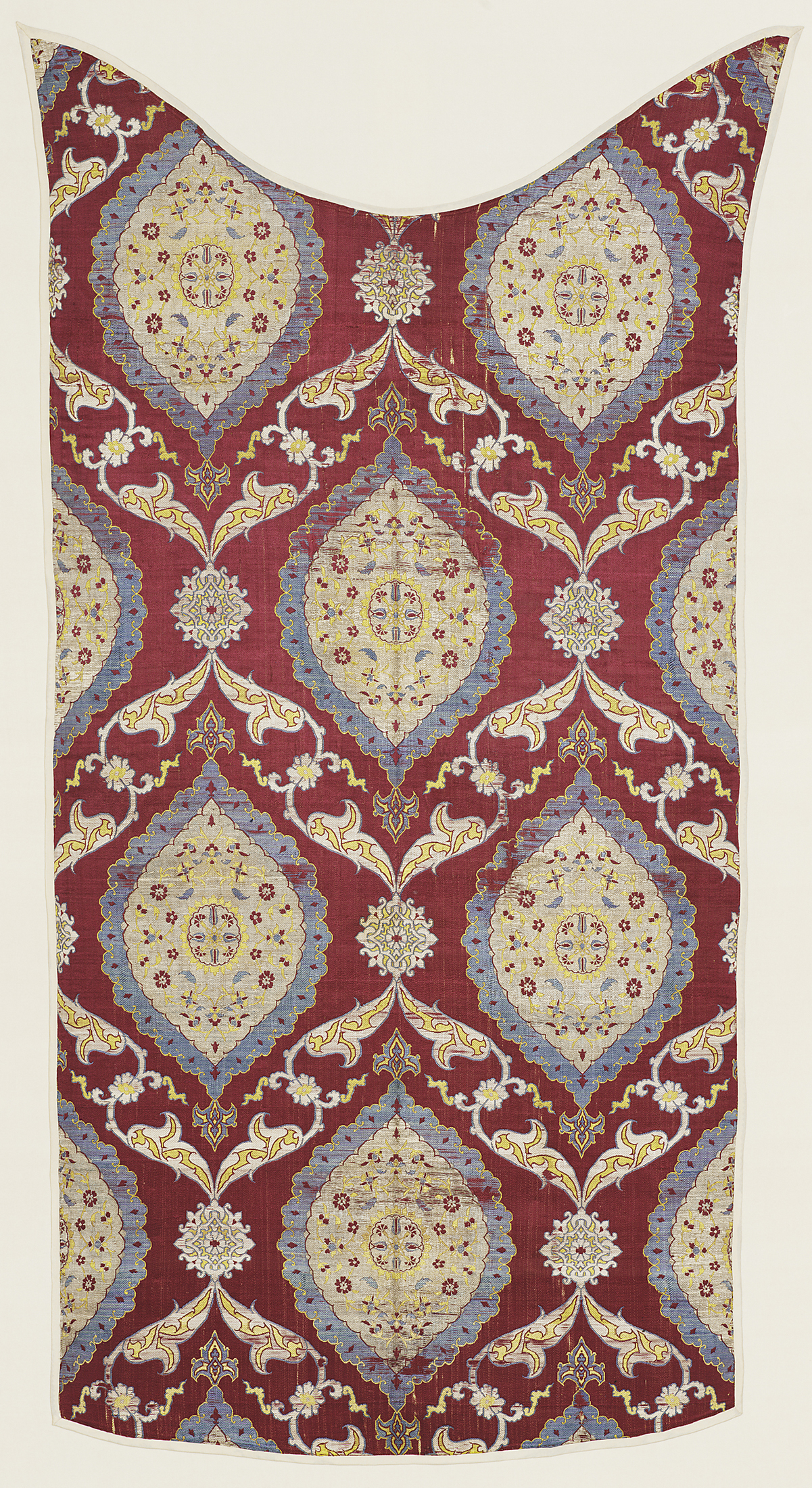 Section from a Chasuble

Section from a Chasuble

silk lampas with silver thread on a silk foundation

The lattice pattern is formed by pairs of split palmettes with cloud tendrils, which neatly engage the spear-like points of the medallions that fill the interstices. The medallions are edged with blue florets and filled with slender blossoms.

By the early 16th century heavy silk textiles in a variety of weaves were being made at Bursa in north-west Turkey, the western terminus of the raw silk trade from the Caspian which supplied both the Ottoman and European markets and was frequented by merchants from Italy, Muscovy, Poland and even India. Enormous quantities of these woven silks were taken by the authorities for the sultans to distribute as robes of honour. Quality was controlled by edict, but with further increases in the demand for silks later in the century, closely supervised court looms were established in Istanbul. Attempts to limit expenditure by curbing the amount of gold and silver thread generally came to nothing. Moreover, paying for the luxurious furs used to trim and line garments required sending hundreds of bales of silks to the tsars in Moscow. The trade routes north passed through Lwów (Lviv in the Ukraine) and then through the old Polish capital, Kraków, and some of these silks were sold en route, where they were prized as furnishings and were made up into church vestments such as this chasuble (a long, sleeveless outer vestment worn by a priest when celebrating Mass). Under Shah ‘Abbas I, substantial quantities of Safavid textiles were also exported to Muscovy and northern Europe.