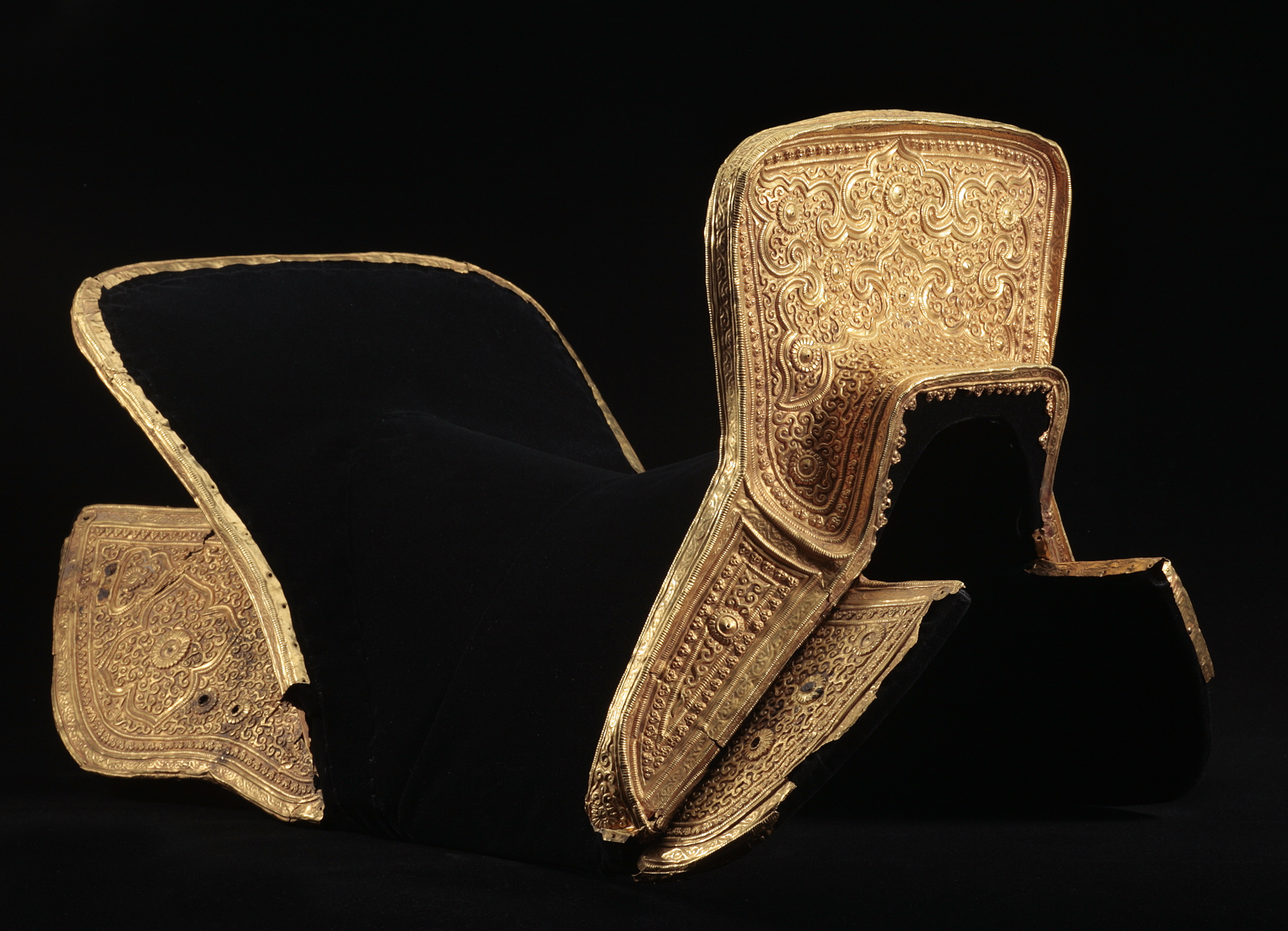 Despite their decoration in Chinese style, the saddle and horse trappings were reportedly discovered in Iran or Central Asia and were attributed to the period following the break-up of the Liao dynasty in northern China (circa 1116–23) when some of the survivors, known as the Qara-Khitay, moved into eastern Central Asia, Transoxania and Transcaspia and governed these areas as overlords until the Mongol invasion of 1220–21. More recently they have been attributed to the Mongol empire under Genghiz Khan, on the basis of parallels with a woman’s saddle excavated from a burial at Baodegu-Wusumu Hashatugacha (now in the Inner Mongolian Museum at Huhehaote).

In addition, there are over 70 silver-gilt attachments of various shapes and sizes (see selection below), most probably from a harness and made at a slightly later date.