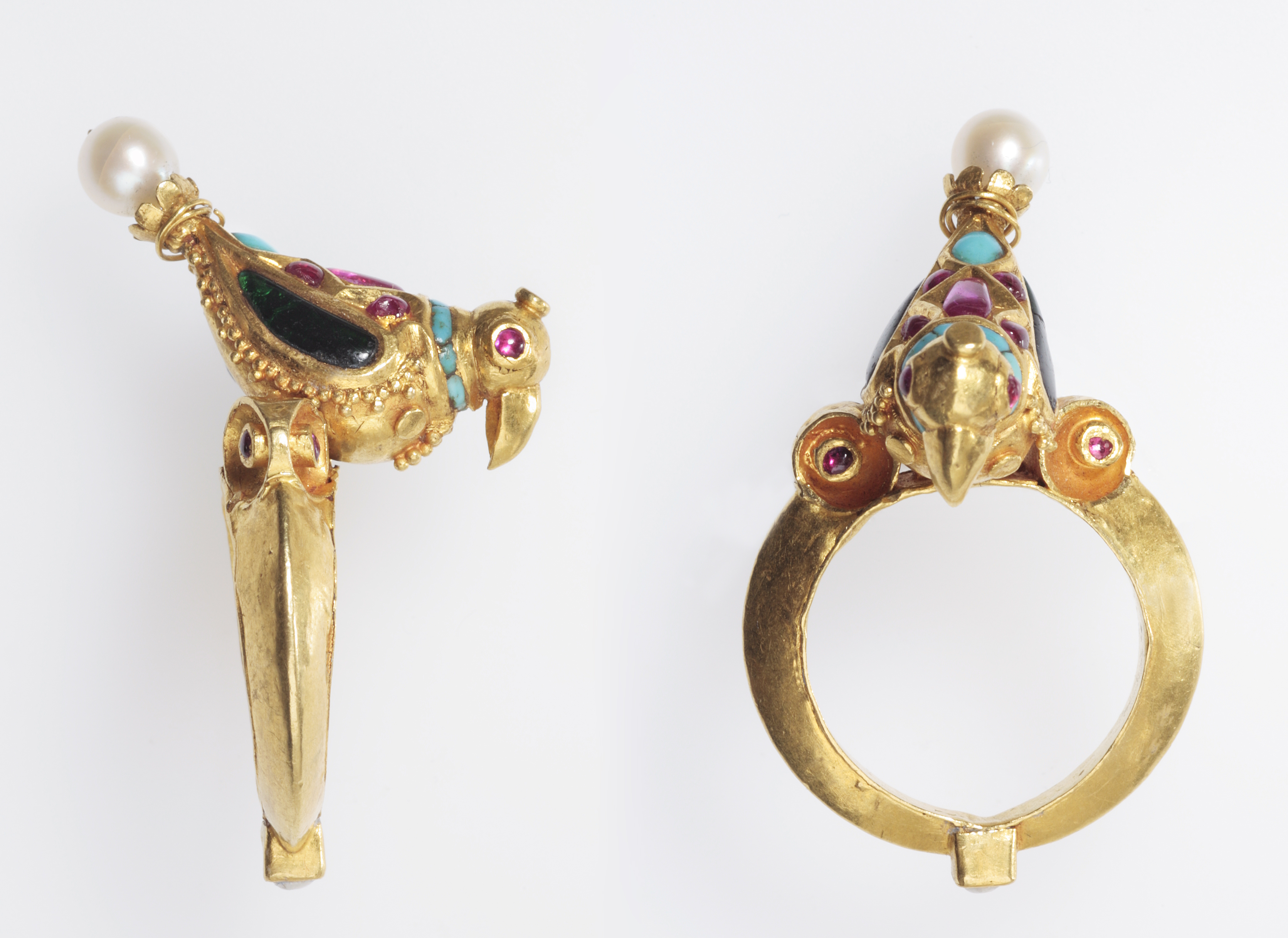 gold sheet, set with rubies, turquoise, emeralds and a pearl in gold kundan, decorated with granulation and a wired pearl

The shank, which is of triangular section, is surmounted by a gem-set bird, possibly a parrot, with ruby-set eyes, a collar of pavé turquoise, New World emerald wings and a wired pearl for a tail. Its back is set with five cabochon rubies and a turquoise, while its breast and lower parts are decorated with granulation and two gold studs; a third stud decorates the top of the bird’s head. The bird is attached to the shank by means of two wire legs and is supported and strengthened on either side by ruby-set volutes arising from the shank. The box-like rear stud of the shank is set with a pearl.

The ring compares closely with the so-called ‘hawking ring of Tipu Sultan’ (r 1782–1799), the whereabouts of which are unknown but which is known from a drawing by the architect, William Burges in the library of the Royal Institute of British Architects in London.

Up to the 14th century, bezels on rings were aligned ‘horizontally’, parallel to the knuckles. However, perhaps following the introduction of the archer’s ring, with its lip suggesting the possibility of decoration running parallel to the length of the fingers, ‘vertical’ bezels became more common. [for archer’s rings, see JLY 1123]