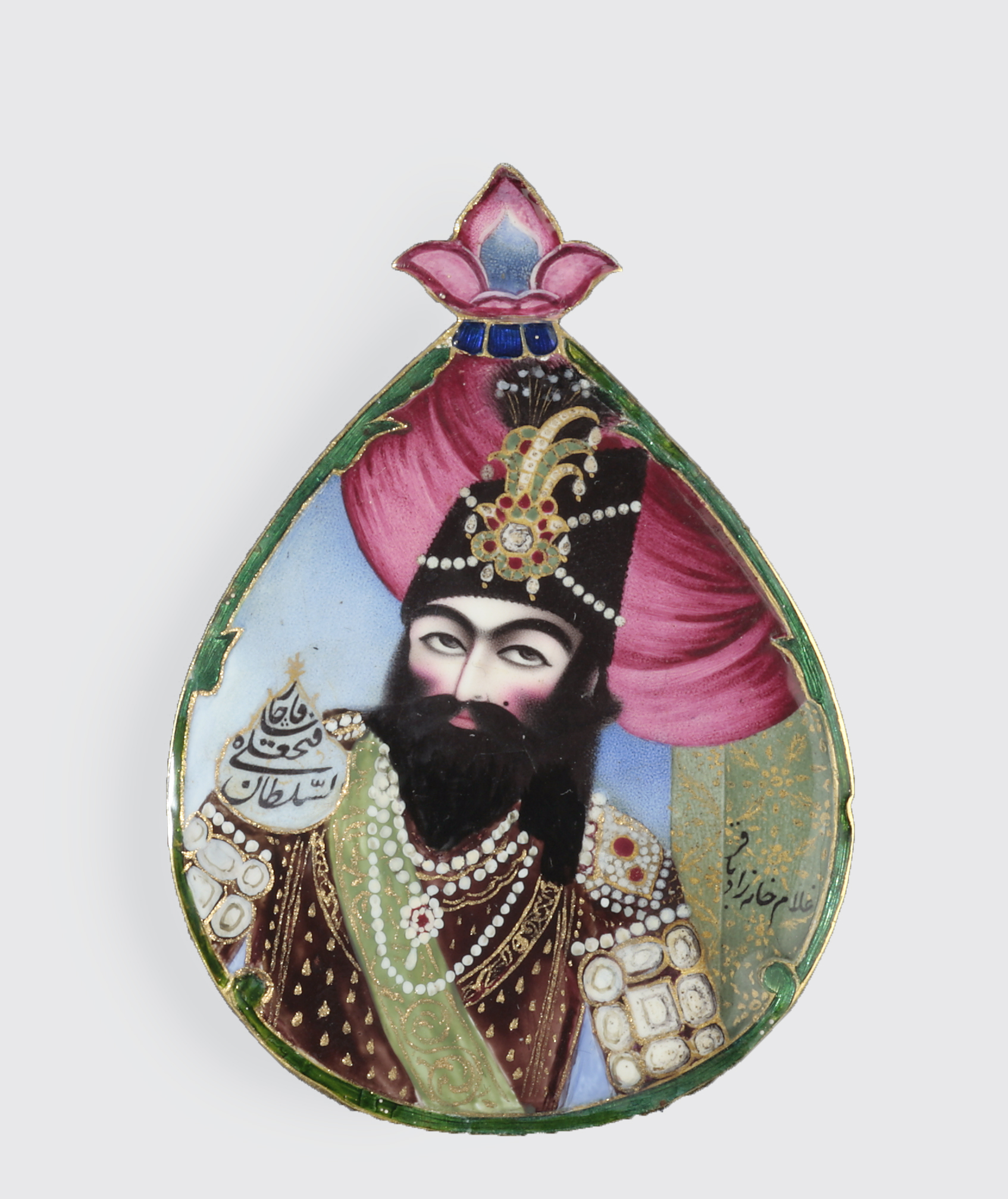 gold sheet, painted with opaque and translucent enamels; the back is counter-enamelled in opaque turquoise-blue

Compared to life-sized portraits of the Qajar ruler, this miniature depicts Fath ‘Ali Shah as markedly fuller-faced and with a much shorter beard, but his continuous eyebrows – in Qajar art, a mark of male, as well as female, beauty – are immediately recognizable. Instead of the Kayanid crown he invented, he wears a tall astrakhan hat decorated with an aigrette in the form of an early 17th-century Mughal turban pin, doubtless booty brought back by Nadir Shah from the Mughal treasury in Delhi.

The portrait is signed by Baqir, an artist of remarkable versatility, who worked for Fath ‘Ali Shah. He worked to a consistently high standard in oils on canvas, miniatures and book illumination, as well as on lacquer.