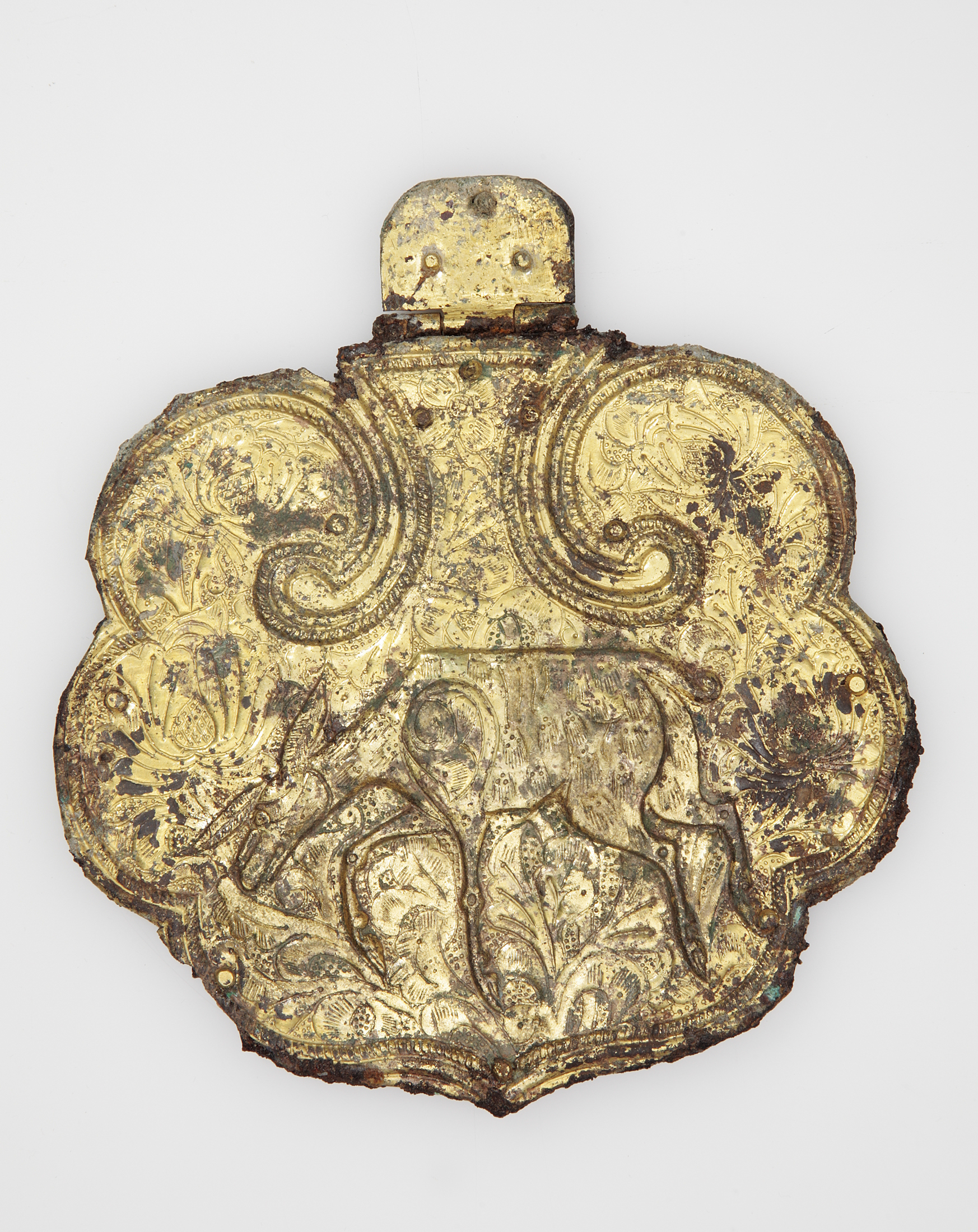 Plaques from a Set of Horse Trappings

Plaques from a Set of Horse Trappings

The four plaques, of sheet worked in repoussé, chased, punched and engraved, are unusual in that the sheet is copper alloy. All but one are currently attached by rivets to heavier, cast  bases. The rounded and lobed plaques, which are hinged at the top, are decorated with a long-eared deer grazing on a ground of lotus flowers. The elongated plaques have lobed ends and oval centres with two slots, one retaining a large rivet. Each bears two deer with mushroom-shaped (lingzhi) antlers, couchant with their heads turned back, on a foliate ground within framed medallions; the remaining areas are decorated with foliate scrolls and lotuses. All have double borders with beading and rivets.

The function of these plaques is unclear. It has been suggested that the elongated plaques may have been attached to a saddle to secure the stirrups, while the rounded plaques could have decorated belt pouches. They have also been attributed to 13th- or 14th-century Anatolia  or the Golden Horde (south Russia or Central Asia).

The set also includes what may be a plume holder and a group of 143 small plaques which were probably used as fittings on saddle and bridle straps.