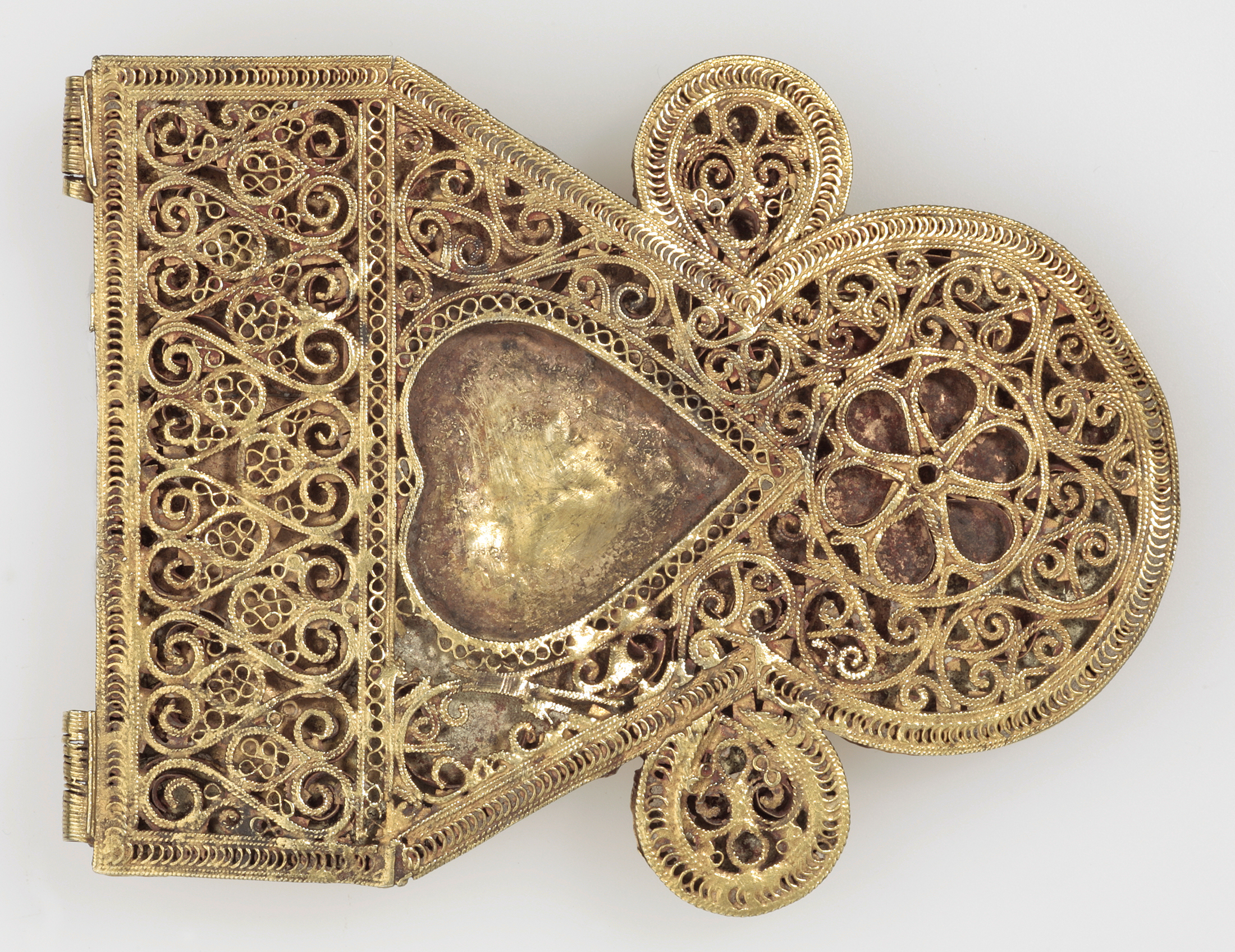 Plaque, Probably from a Belt

Plaque, Probably from a Belt

This gold plaque is of box construction, with an openwork filigree panel on the front, mostly of paired ropes supported by randomly placed tie-bars. At one end is a roundel containing a six-petalled rosette and at the centre is a heart-shaped recess which probably held a cloisonné inset rather than a gemstone, as there are no signs of claws or a collet. The areas surrounding these are filled with scrolls in paired-rope filigree formed of lengths of wire bent back on itself; a figure-of-eight band in plain wire; confronted s-scrolls and drop shapes in paired-rope filigree; and figures-of-eight in plain wire. The outer border of the plaque is of flattened helicoidal wire between paired ropes, prefabricated and cut to the required lengths for each section. The side wall separating the front and back is a band of continuous loops formed by flattened helicoidal wire. On the long flat side of the plaque are two tubes of coiled wire, which, if the plaque were a buckle, would have attached it to one end of a belt. Two large gold loops are soldered to the plain sheet backing in the area between the lobes, which could easily have secured a pin attached to the other end of the belt.

Certain aspects of the construction are comparable to that of Fatimid jewellery, such as the randomly placed tie-bars securing the filigree, which have led some to consider the plaque to be from 11th-century Egypt or Syria. However, flattened helicoidal wire is not used in Fatimid work, and the use of paired ropes without granulation in the principal decoration and of apparently prefabricated parallel strips cut to size is also unusual for Fatimid filigree. There, the paired ropes are usually a single length bent back on itself. It is also clear that the sheet backing was placed over the finished filigree panel and hammered lightly to transfer the openwork design to it, prior to assembly. This is a more common feature of Nasrid jewellery, but its presence here demonstrates at least limited use in the pre-Nasrid period as well.