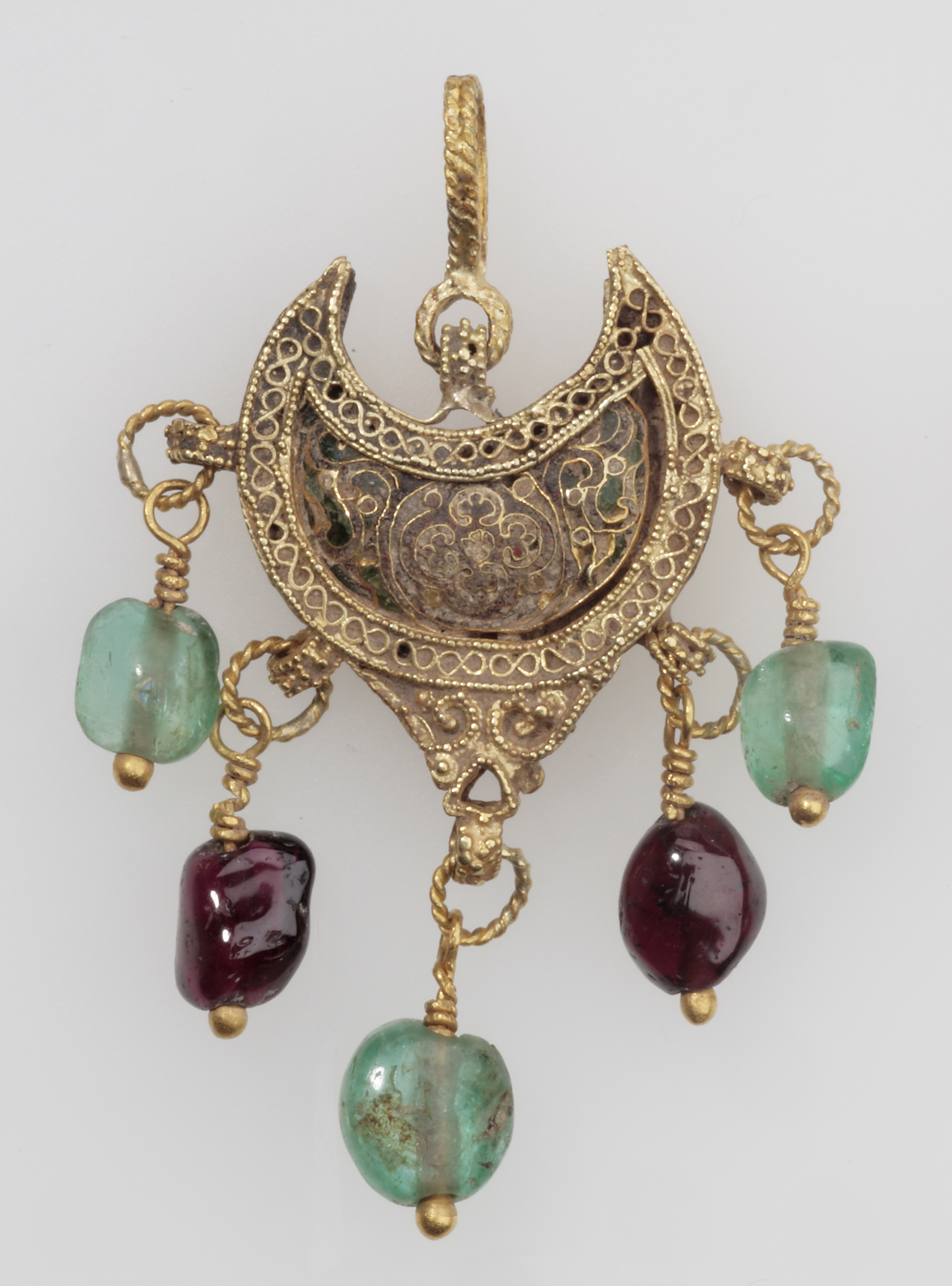 The front of this crescent pendant is inlaid with a cloisonné-enamelled plaque in translucent green and opaque red and white. At its centre is a quatrefoil enclosing a small cross, with scrolls on either side. On the back, is an openwork granulated s-scroll. Both sides have borders of figure-of-eight scrolls, and the plain side wall has paired wire and granulation work with granulated loop attachments. The pendant was originally intended to be worn with its cusps pointing downwards, but was turned upside-down at a later date so that the original suspension loop which is attached to an applied double-scroll motif is currently at the base of the crescent. It was probably at that stage that the five pendant beads were added.