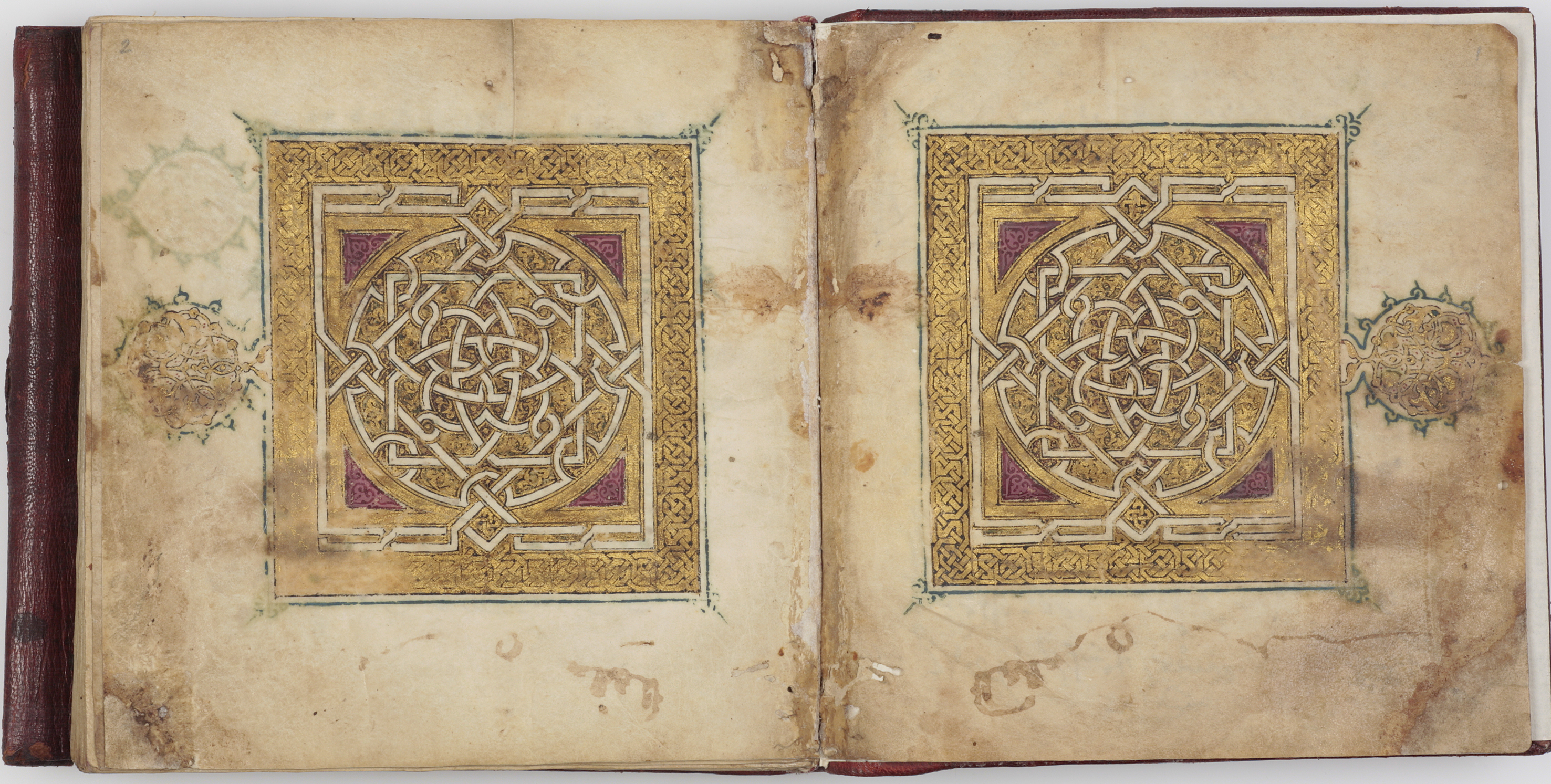 Part Two of a Four-part Qur’an

Part Two of a Four-part Qur’an

main text in andalusi script, incidentals in archaic Kufic; 15 lines to the page

Qur’ans produced in the western Muslim states (the Maghrib) are typically square in format, and vellum long remained the standard writing material. Their idiosyncratic script, generally known as maghribi, but showing certain differences in manuscripts of Spanish or Andalusian provenance (andalusi), barely evolved between its earliest uses in the late 11th century and the 16th century or even later. Many of its letter forms are rounded, but the rigidly horizontal line confirms its origin in the Kufic alphabets of early Abbasid Qur’anic scripts. On the fall of the Nasrid kingdom of Granada in 1492, such was the destruction of Islamic manuscripts that practically no Qur’an manuscripts attributable to a Nasrid scriptorium survive.

The present Qur’an, however, may be given a Spanish provenance on the basis of its andalusi script and the style of its opening illuminated spread which is characteristic of Iberian Qur’ans from the late 12th century onwards. Surah headings are in archaic Kufic but the decoration of the marginal hasps shows the influence of 14th-century Nasrid architectural decoration.