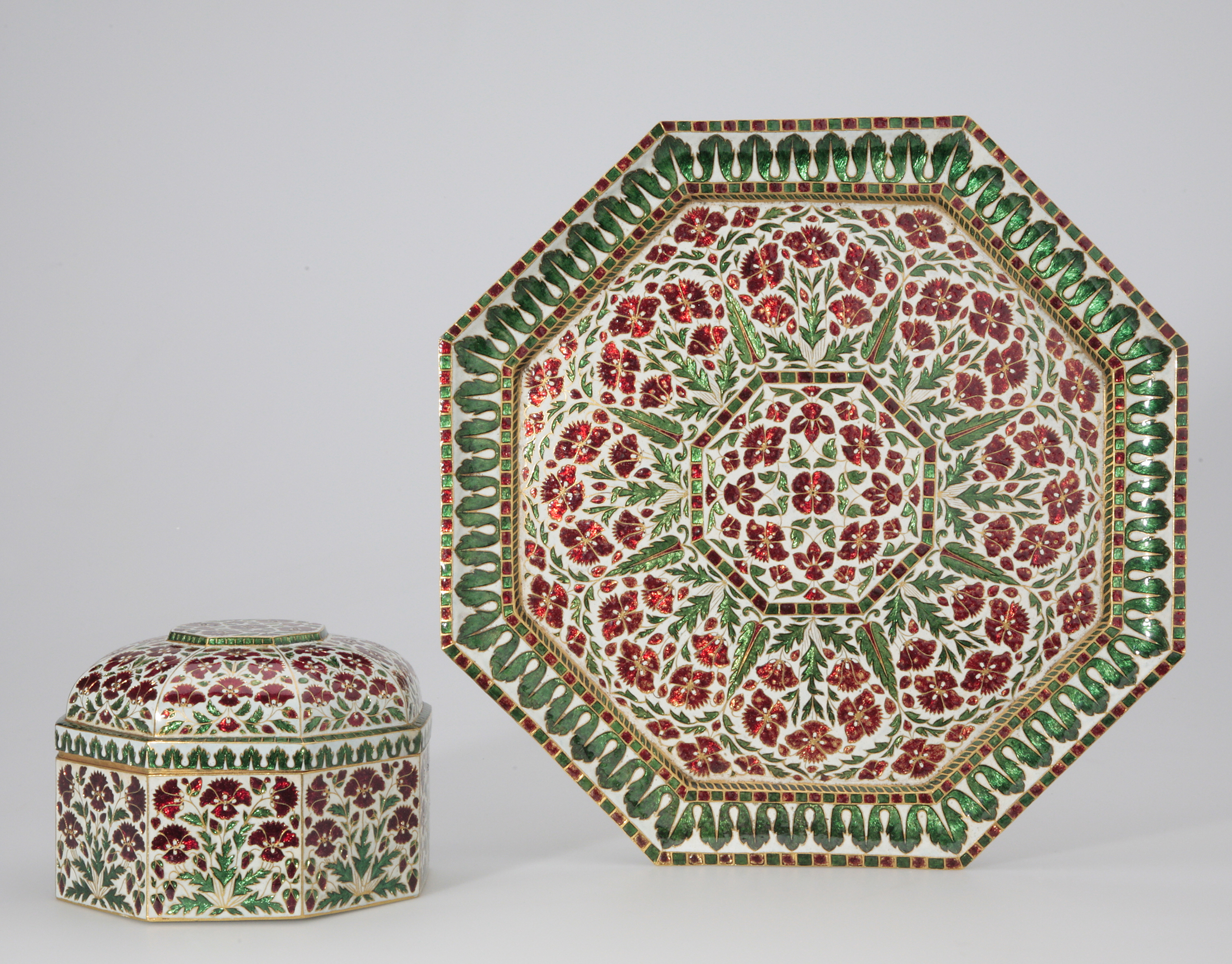 Among the few enamelled gold objects made by imperial Mughal jewellers to survive outside the collections of the State Hermitage Museum in St Petersburg and the Iranian crown jewels in Tehran, are this octagonal pan-box and its tray. They may be slightly later in date than their counterpart in the Hermitage, but the quality of the enamelled decoration is equally high. Typically, flowering poppies, cypress trees and borders of acanthus leaves on a white ground decorate the upper surfaces of the box and tray. In contrast, the interior and domed lid of the box, as well as the underside of the base, are enamelled in translucent green over an elegant many-petalled lotus engraved in the gold.

The pan box is octagonal with vertical walls and has a domed lid with flattened centre. Both pieces were made of single sheets. The lid and the box have three matching grooves scored in their rims to indicate how the lid fits the box, for though the box appears symmetrical the lid fits only in two positions. The underside of the box is slightly concave, so reducing its contact with the octagonal tray, which also appears to have been hammered from a single sheet of 1 to 1.5mm in thickness. The underside of the tray has a Hindi inscription possibly indicating its weight, 82, and a second which could be 84, 474 or 414. Another inscription on the undecorated gold rim of the box appears to read 84 or 87..