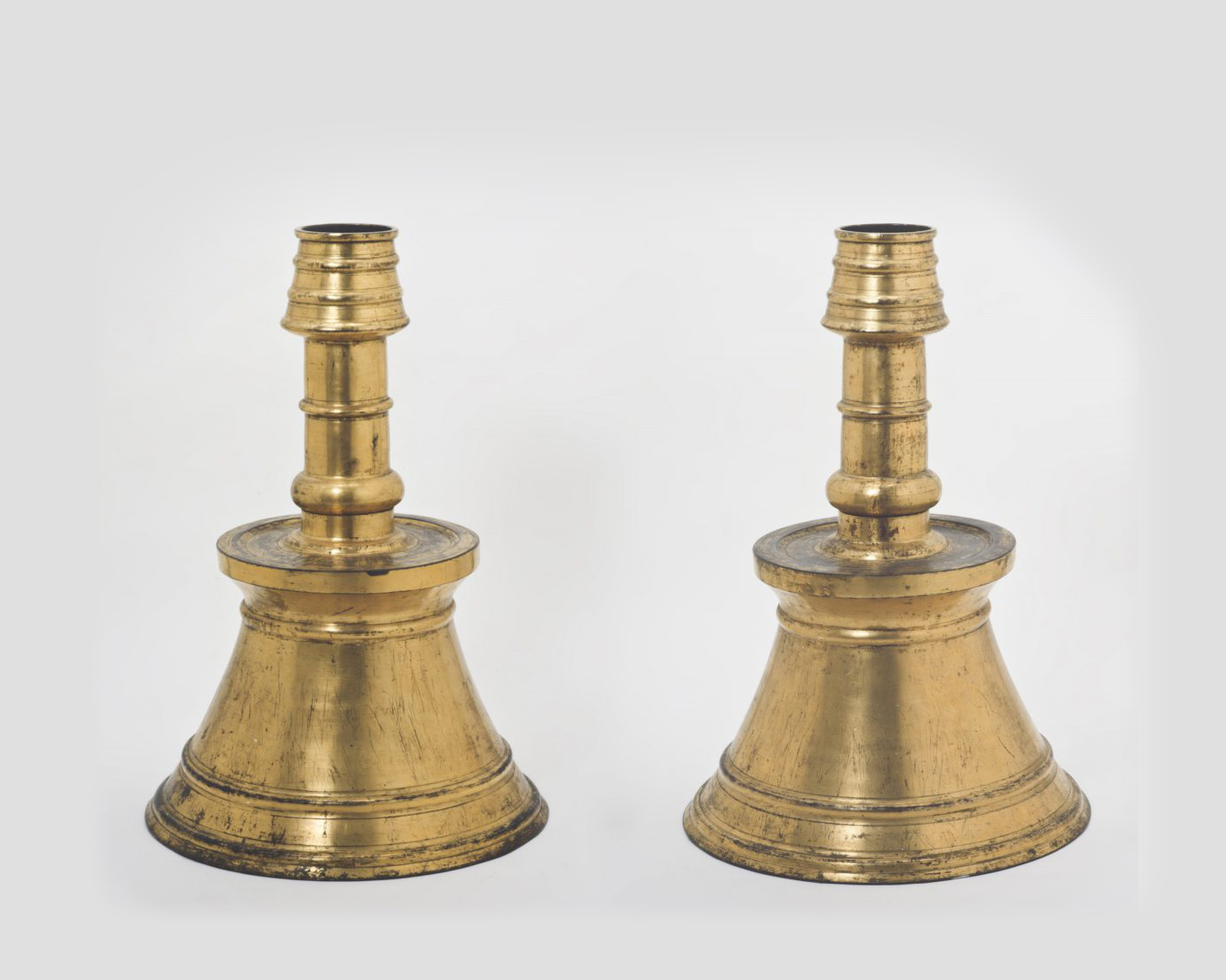 In many Islamic cultures, candlesticks were standard furniture in mosques and tombs, used particularly to flank mihrabs. They did not always hold candles, which were often for show and were not lit. In Ottoman Turkey, gold was regarded by the clergy as appropriate only for the Haram at Mecca and the Prophet’s mosque at Medina. Hence the use of copper and tombak gilding, which was much worked by Ottoman craftsmen of the later 16th and 17th centuries, both for liturgical objects and a wide variety of household vessels.

Such monumental candlesticks were usually made in pairs, generally in two pieces, with a joint at the base of the neck.