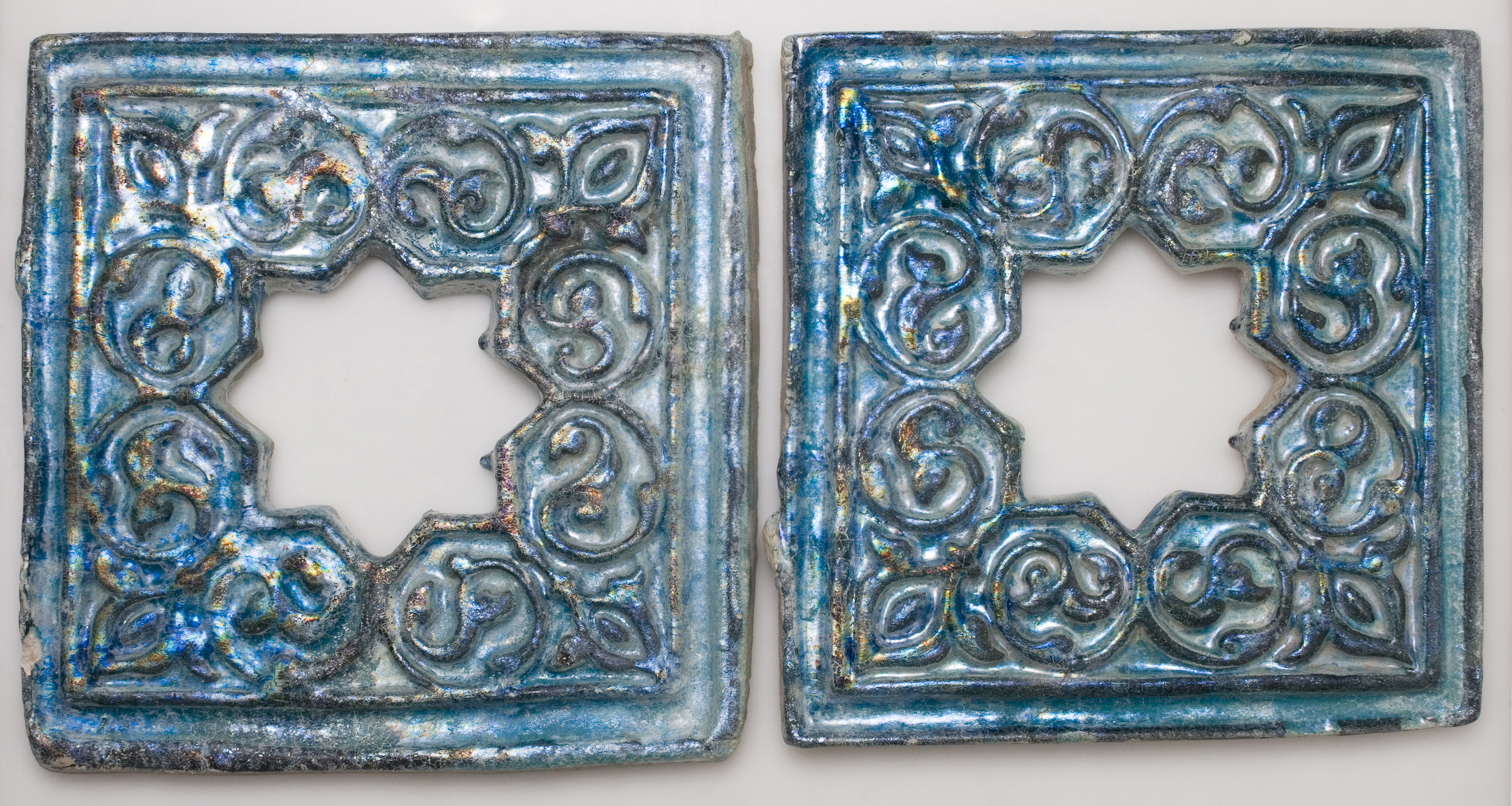 stonepaste ware, moulded and pierced with black painting under a turquoise glaze

North-eastern Syria suffered particularly badly in the Mongol invasion of 1256 and many of its industrial cities, notably the potteries on the Euphrates, never recovered from the destruction. The architecture of this area, mainly brick with stucco decoration, was also largely destroyed and is only now being revealed by German excavations of the Abbasid palaces at Raqqa. These pierced tiles, which were probably windows, are some of the scanty evidence for palace decoration under the later Abbasid caliphs.