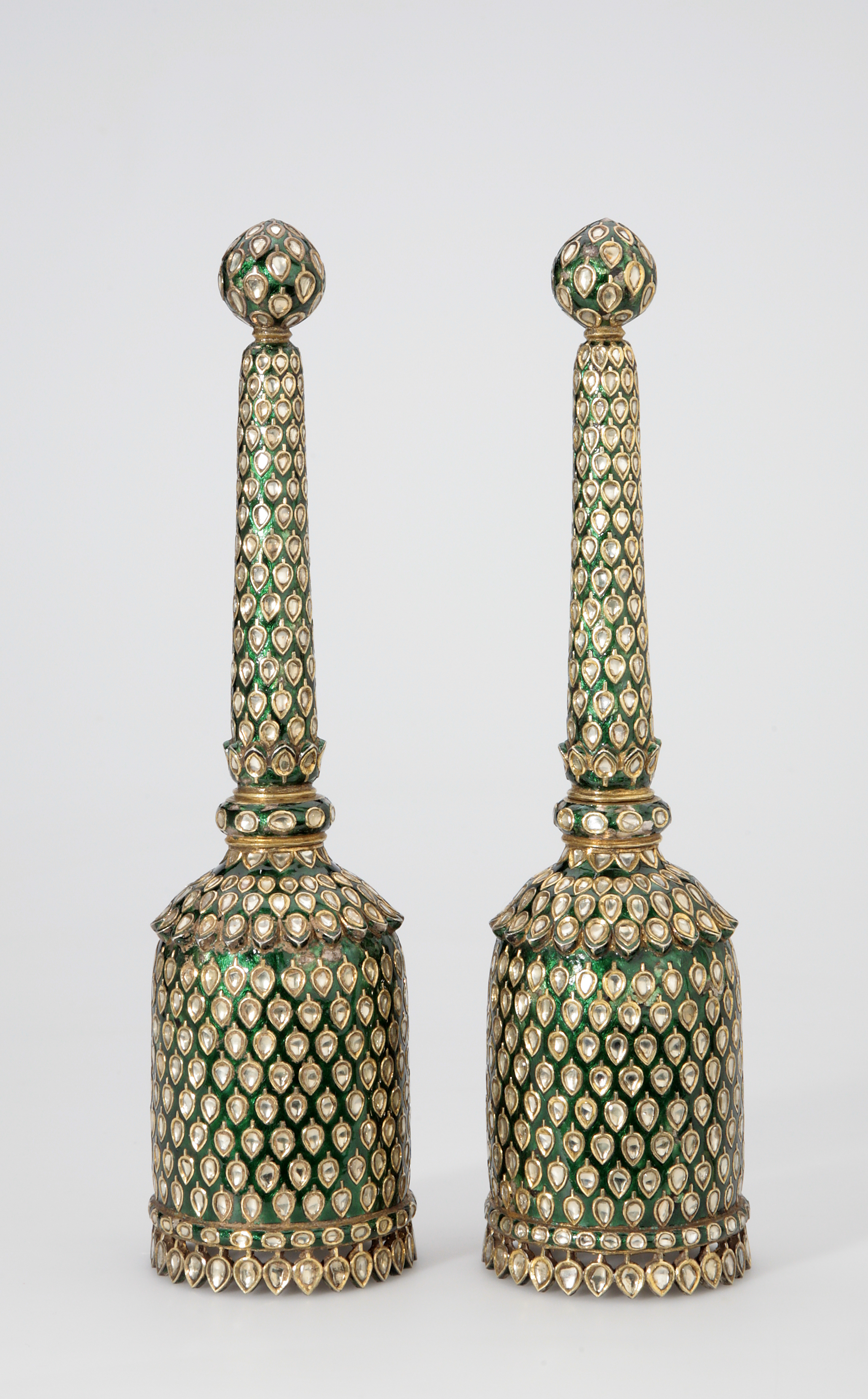 silver, partly on a lac core, gilt, enamelled and set with diamonds in gold kundan

Fly-whisks (or chauri) of peacock feathers, an ancient Indian attribute of royalty, or yak tails were adopted by the Mughals and their tributaries soon after they established themselves in the subcontinent. In enthronement scenes, they are often held by attendants standing behind the emperor.

The outer surface of this pair is decorated with a pavé of table-cut diamonds set on a ground of transparent green enamel, with a fringe of openwork buds and stems at the rim.