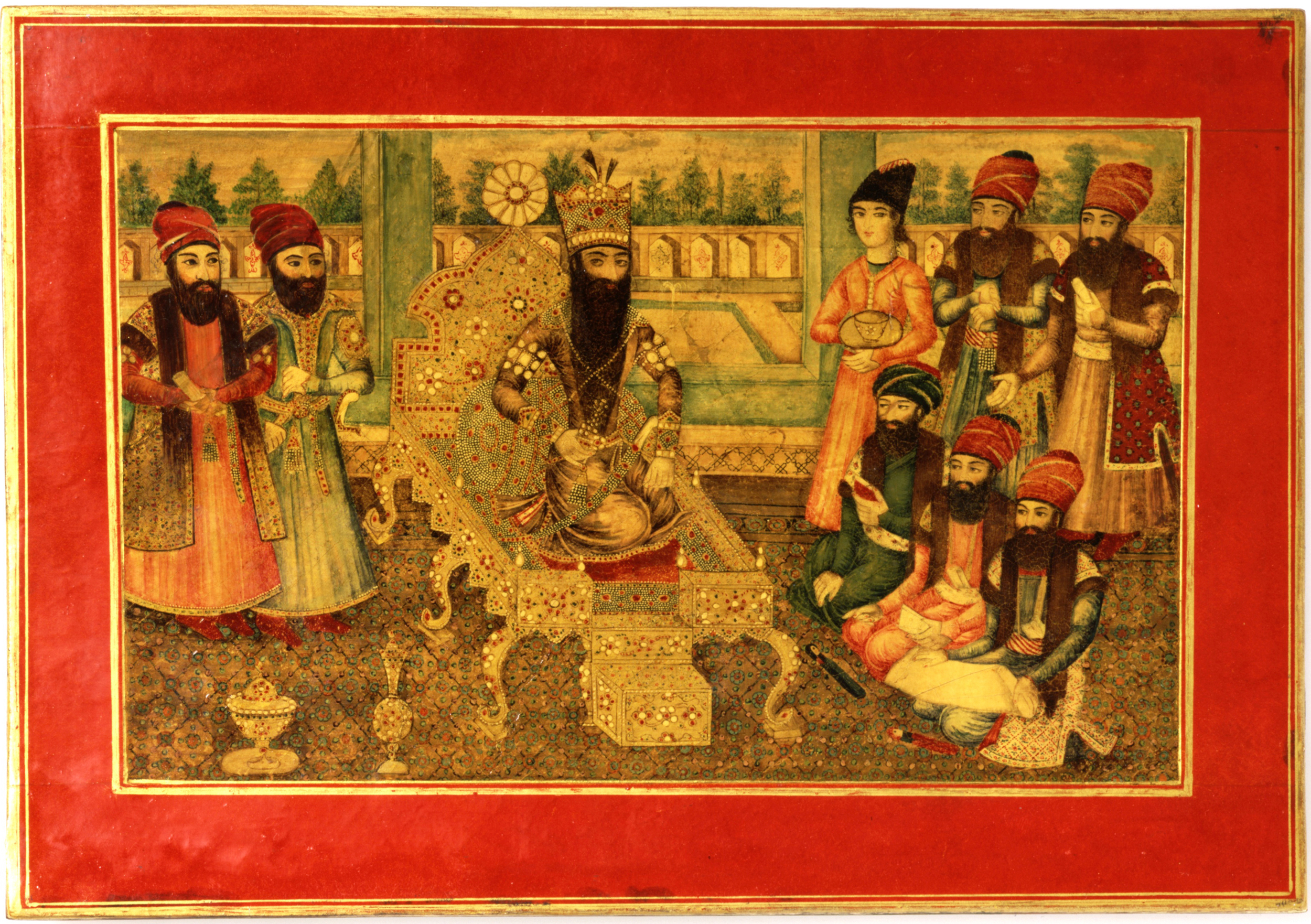 papier mâché boards, painted and varnished; each cover has been split, and the two faces mounted separately in scarlet paper frames

The doublures show the Shah on horseback, engaged in hunting activities that seem more symbolic than factual. In one he is spearing a lion in the neck, and in the other his prey is a stag. In both cases the background consists of a landscape with a river, trees, and buildings.

The paintings are unsigned, but the style of the outer faces suggests the work of Sayyid Mirza; the monarch’s face, in particular, recalls that in the large oil painting in the Firuz Collection, Tehran, which is from the Hasht Bihisht palace in Isfahan.