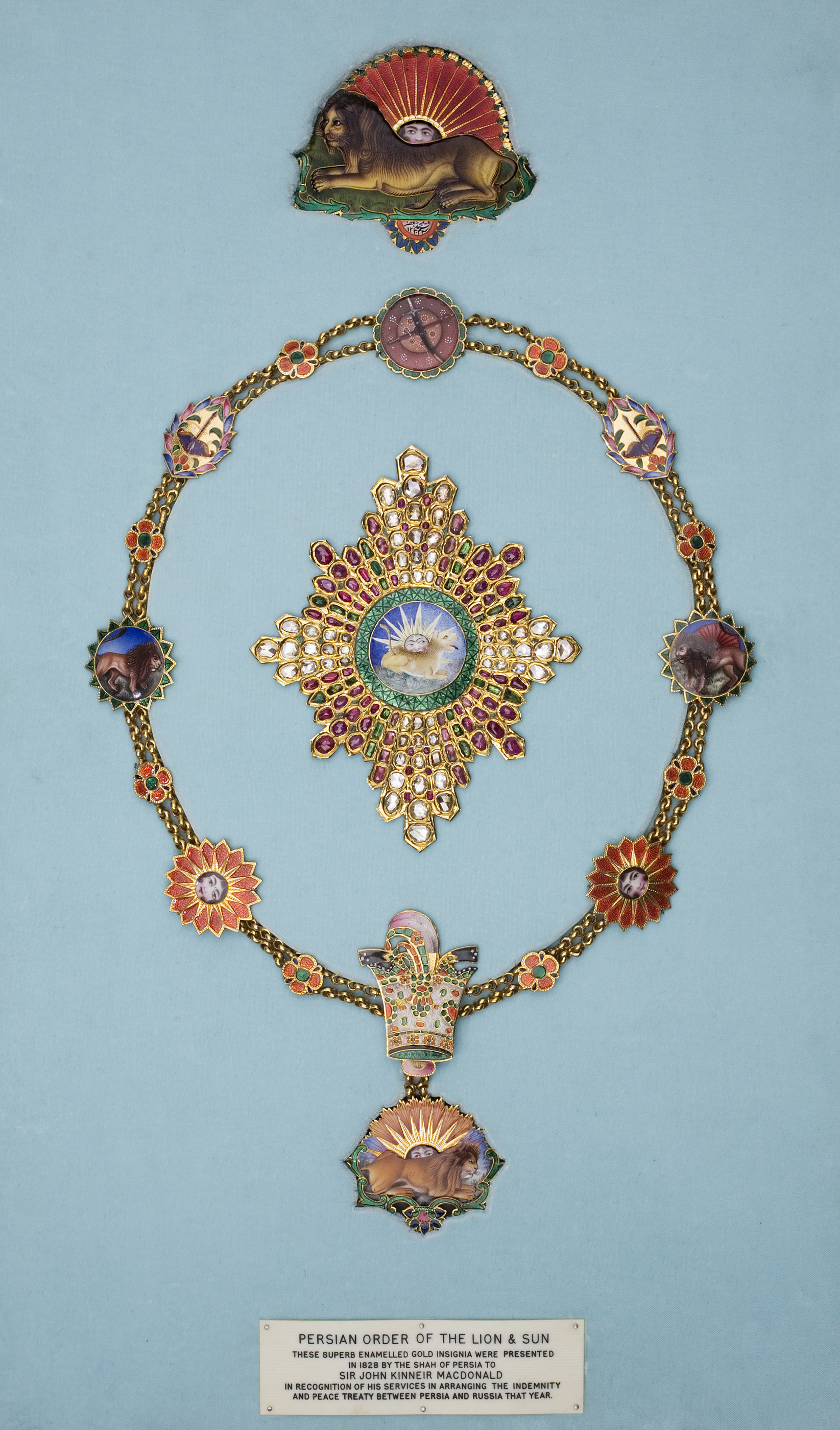 Order of the Lion and the Sun

Order of the Lion and the Sun

gold, with translucent and opaque enamels; set with precious stones

In later Islamic cultures sovereigns presented portraits of themselves to those who enjoyed their favour. The first order of chivalry was the Order of the Crescent instituted, doubtless under European influence, by the Ottoman Sultan, Selim III, and this evidently inspired the Qajar ruler, Fath ‘Ali Shah, to create an order of his own, modelled on the Légion d’Honneur, which was presented to the head of Napoleon’s military mission to Iran on his return to France in 1809. Hostilities with the French led to its refusal by British diplomats, so the decoration was modified as the Order of the Lion and the Sun, a device which, since the 17th century at least, appeared on the national flag of the Safavids, the lion representing ‘Ali and the glory of the Shi‘ite religion.

The set consist of a plaque, a collar and a star. The plaque is enamelled with a recumbent lion, behind which appears the sun in the form of a girl’s face with rays of orange-red; the reverse is finely enamelled with flowers. The signature of the court jeweller and enameller Muhammad Ja‘far and the date 1242 AH (1826–7 AD) appear below the lion. The collar consists of a double chain with eight enamelled plaques and eight small rosettes. The plaques show a circular shield with crossed sabre and mace superimposed; a bow and arrow within a wreath of coloured leaves (twice); a lion and sun; a lion; a sun (twice); and the Qajar crown with jewelled aigrettes, the so-called ‘Kayanid’ crown, worn by Fath ‘Ali Shah at his coronation in 1798. A badge, painted with a lion and sun on the obverse and flowers on the reverse, is suspended from the crown. The star consists of a central circular panel enamelled with a lion and sun, the latter of a different form and surrounded by rays set with diamonds, rubies and emeralds, both cabochon and facet-cut, some with foil on the reverse.