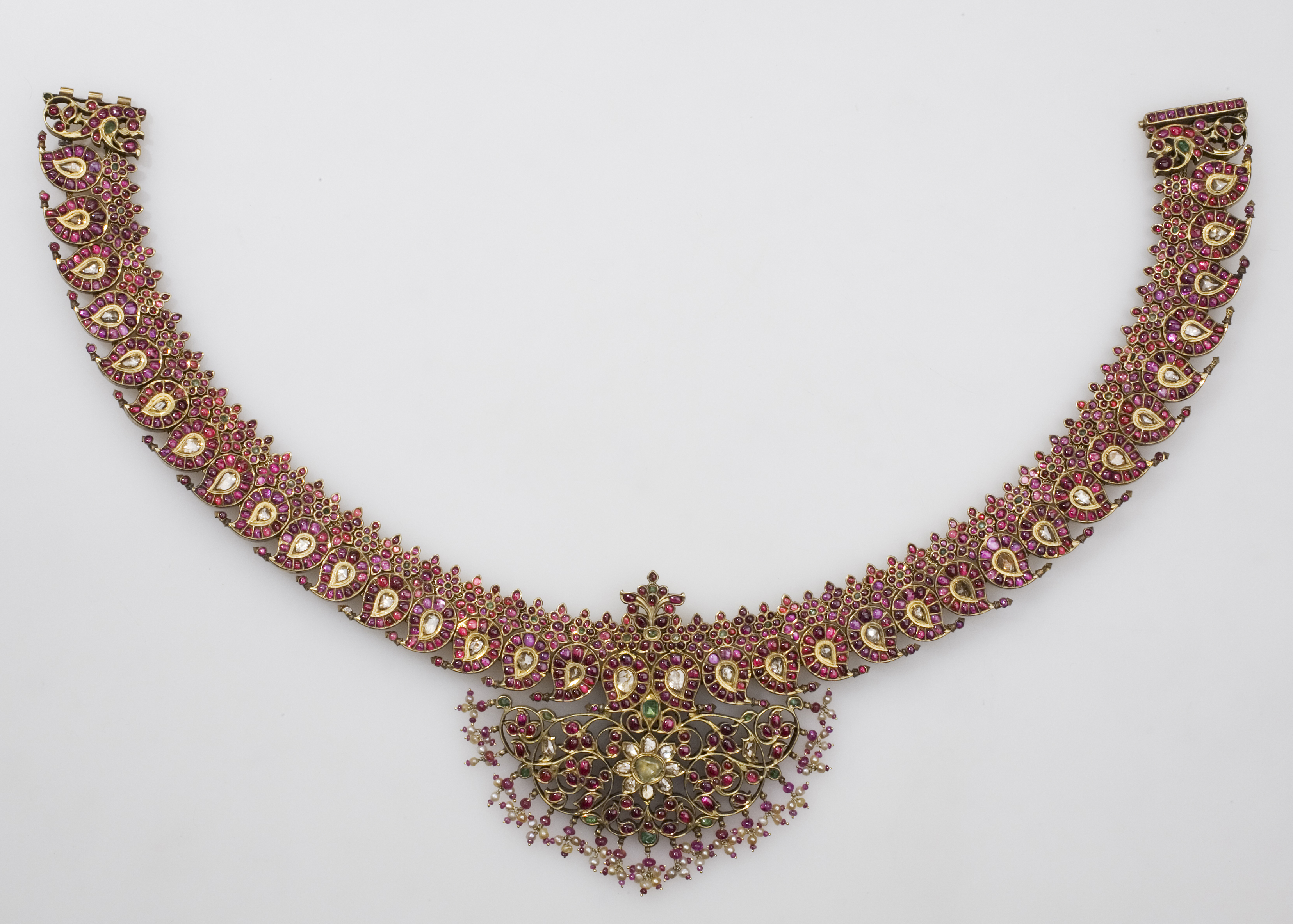 JLY 1261, detail of back of central element

The necklace, which would have been worn by a married woman, consists of 32 mango-shaped units and a large central openwork element, threaded on four lengths of gold chain. Each unit is attached to small six-petalled rosettes. The tips of the mango-shaped elements are set on the front with a cabochon ruby and point outwards on each side of the necklace. Between each of the units is a spacer designed to fit the interstices.

At the centre of the openwork element is an eight-petalled rosette from which symmetrical scrolls of buds and foliage issue. Clusters of ruby and pearls are attached to its lower edge.

The hinge-and-clasp elements are attached to two openwork ruby- and emerald-set S-scrolls. These appear as addorsed birds when the clasp is closed. The backs of the clasp elements are engraved with birds, recalling the design on the front. Although the reverse of the necklace is otherwise mostly undecorated, the backs of the units and the openwork element are worked in three dimensions.