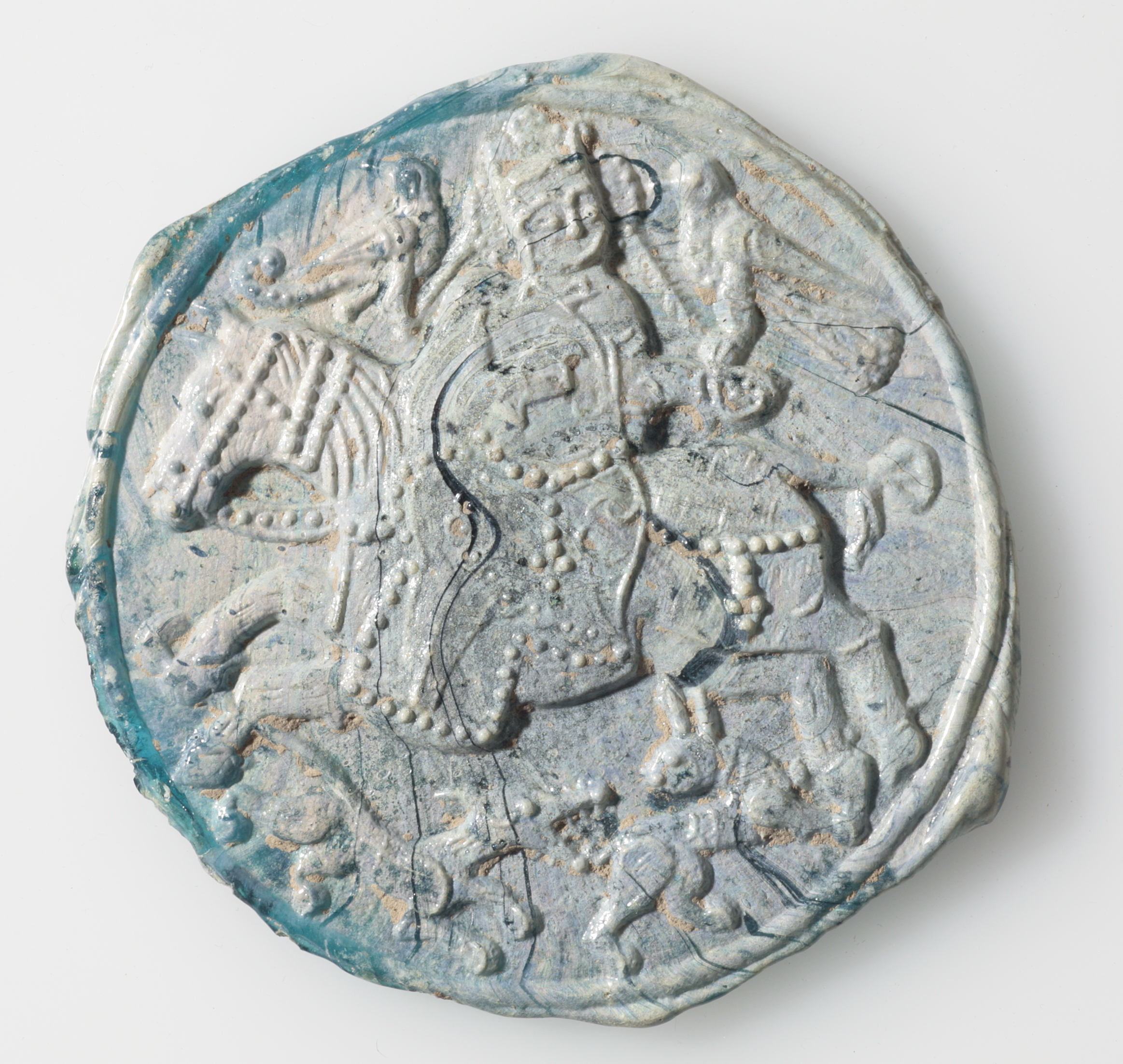 The medallion shows a mounted huntsman, facing backwards, with a falcon on his wrist. Below, a long-tailed hound pursues a hare, also with its head turned. The horse’s tail is knotted and its trappings and the saddlecloth are elaborately decorated with beading.
Relief-stamped coloured glass medallions were excavated in the ruins of a 12th-century palace at Termez on the Oxus, close to the Afghan-Uzbek frontier. Some have inscriptions dating them to the late Ghaznavid period (mid 12th century). They have also been reported at Ghazna in Afghanistan and may well have decorated other Ghaznavid palaces, for example at Nishapur. Too small and insufficiently translucent for window-panes, they were probably used to crown a stucco dado, where their remarkable detail could best be appreciated.